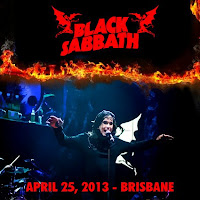 Over the past four decades, there have been various Black Sabbath lineups, and Ozzy Osbourne has also had a successful solo career since the release of 1980's Blizzard of Ozz. There was an attempt in 2001 by the original members to record an album with producer Rick Rubin but it came to nothing. Now, sufficient water has passed under the bridge to make them (minus Ward due to contractual wrangles) eager to make it work. It still felt, Rubin has said, "like being in a cage with a lion, keeping them calm", but the results, they agree, were worth it. Their new album '13' sounds more like Black Sabbath than any album since 1973's 'Sabbath Bloody Sabbath' (and my personal favourite by far). Osbourne says 13 is the most important record of his career. 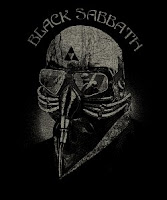 It’s hard to imagine that nearly forty years have passed since the founders of heavy metal, Black Sabbath, graced our fine shores. Whilst Sabbath reunions themselves are somewhat of an event in themselves, the fact that they’ve finally made it Down Under this time around is nothing short of a miracle.
Sabbath have just completed multiple shows in all major cities around Australia during April and May and I have managed to source an A+ bootleg of the Brisbane Concert, held on the 25th April at the Brisbane Entertainment Centre.
.
Gig Review 1
by Jody MacGregor 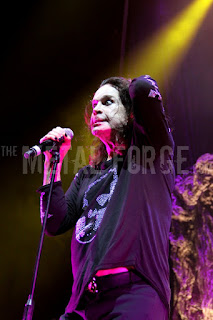 Jody MacGregor spends a night in the company of a cackling, cuckooing paranoid Ozzy Osbourne at Black Sabbath’s first Australian show since 1974.
I almost didn’t go to see Black Sabbath. What if Ozzy Osbourne is the same mumbling shambles on stage he was in The Osbournes? What if he’s back on the drugs and drifts through the night in a half-aware haze? What if my precious youthful memories of listening to Sabbath and being disaffected are tainted forever?
I shouldn’t have worried. From the opening of "War Pigs" on wards he sings exactly like you want him to. He cackles like a witch with a mouth full of baby fingers and he says “Oh Lord Yeah” like Ozzy Osbourne says “Oh Lord Yeah!”
The tightness of the rest of the band is less surprising, though still impressive. Tony Iommi and Geezer Butler have been doing this forever, and Tommy Clufetos has drummed for Ozzy’s solo tours enough to be down with all this stuff (he’s not the guy who drums on their new album though: that’s Brad Wilk from Rage Against the Machine).

“Ozzy cackles like a witch with a mouth full of baby fingers.” 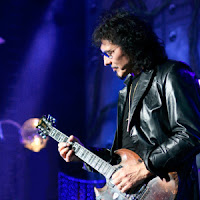 During "Into the Void" Ozzy dunks his entire head in a bucket of water, which he’ll later pour over the Songs from their first two albums get the most play, although they pull one or two from all over the place. "Snowblind" from Black Sabbath Vol. 4 (“Here’s a song about something we don’t do anymore because we’re too fucking old!”) gets an outing, and so do two new songs from 13. Both fit seamlessly alongside the classics, even though Ozzy briefly forgets the name of the second one.
"Fairies Wear Boots" sounds ridiculously heavy, everything crashing together like pealing church bells. Ozzy takes a deserved break after that for an instrumental version of "Symptom of the Universe". Nice as it would have been to have original drummer Bill Ward be part of this line-up, having a younger man on the team comes in handy when he plays a lengthy drum solo so the older men can finish off a cup of tea backstage. The crowd are into it, shouting every time Clufetos raises his sticks as if he’s finished before bringing them back down for another bash. 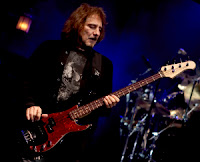 The full band return for "Iron Man", which is obviously loved, but so are lesser numbers like "Dirty Women". Somebody even throws a bra on stage during that one, which Ozzy gleefully puts on, first on his chest and then wrapped around his head like Princess Leia’s buns. When he says “I want to see ’em!” again I’m pretty sure he’s still talking about our hands in the air, but one lady in the crowd gets her breasts out anyway.

There are surprisingly few frills to tonight’s stage production. At the back, a giant video screen is intercut by what might be intended to be spiderwebs. A smaller video screen sits beneath the tall drum riser. There's coloured lights and strobes. No pyrotechnics. Two men perched up in the rafters ensure that twin spotlights remain on the singer at all times. A handful of cameramen track the players for the big screen, alongside occasional file footage of atom bombs exploding and some sort of cheesy-looking undead. There's no shortage of religious iconography: crosses etched into the guitarist’s fretboard, a big gold bastard hanging from his neck. One of his guitar straps bears his surname in bold font. As if everyone in this room doesn't already know it. 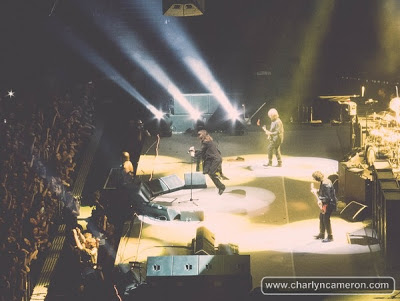 To think that an industrial accident nearly robbed us of one of the finest and most original guitarists of all time. Tony Iommi doesn't do much more on stage than eke out riff after evil riff, custom thimbles fitted snugly over the tips of his stumpy middle fingers, occasionally peering over his blue specs and throwing up the horns to his disciples in the front row. I'm seated on his side of the stage, so I've got nearly two hours to watch closely. He gives off an avuncular air of quiet confidence, and wears his smart leather jacket throughout. I've seen a few guitarists in my time, but this man is in a class of his own. The singer occasionally prostrates himself before Black Sabbath’s sole continual member; he refers to him as “the real ‘Iron Man’”, and waves his arms in that classic we-are-not-worthy pose. 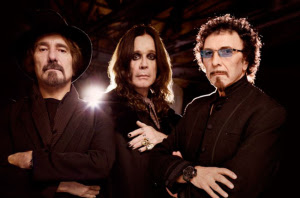 Indeed.Ozzy Osbourne is as enthusiastic as any 64 year-old on the planet. The close-up camera shots show him reading from a teleprompter, straining to recall which syllables to place the emphasis on. Who gives a good goddamn shit, though? That he's still living and breathing without the help of machines is commendable, especially since he was back on the sauce and blow as recently as last February. This crowd loves him for the caricature he has long been. How many musicians can throw their lives open to the fickle, vain world of reality television and still command respect like this man? Which other 64-year old singer’s rider includes a bucket of water – regularly used to dunk one’s head into, and/or throw onto the front rows – black nail polish, and waterproof eyeliner? 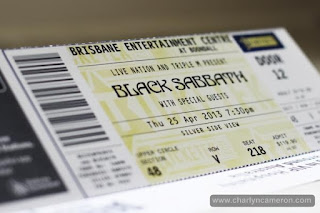 Geezer Butler is an unassuming bassist if ever there was one, yet he’s stacked every song so full of clever, tricky phrasing that he rarely has time to look up and acknowledge that he’s playing to a full room of 13,000. Tom Larkin – drummer of touring support act Shihad – was spot-on when he described Butler’s dextrous playing as “wrestling his bass like it’s a live eel”. (Worth noting: Shihad were strong earlier, their set a half-hour of power consisting of songs spanning 1993 –'Factory', 'Screwtop' – to 2002’s 'Comfort Me'.)

Behind the kit is not founding stickman Bill Ward but a skinny workhorse named Tommy Clufetos. He's a flashy player, too – arms raised high at every opportunity, emphasising each cymbal crash – probably owing more to the occasion of playing with these three legends than musical necessity. He's smooth, though, no doubt. His drum solo is backed by the most intense multi-colour strobe light display I've ever experienced. Epileptics beware.

The song selection and set structure is immaculate, though the two tracks from their forthcoming album 13 go down like the proverbial zeppelin. Hardcore fans will find it tough to bitch about the breadth of material covered, all performed with verve and precision. If a weak link must be nominated, it’s Osbourne's wavering octaves and drill-sergeant demeanour. Students of their 1998 live album Reunion have already heard every bit of stage banter in his repertoire. (The setlist isn’t dissimilar, either.) I would've thought that there’s only so many times a crowd could be asked to SHOW ME YOUR FUCKIN' HANDS! before the novelty wore off, but this lot are a dedicated and willing bunch. 39 years between Australian tours speaks for itself, I suppose. And if there's one man in metal worth showing your hands to, it's Mr Osbourne.
.
This post consists of an MP3 rip (320kps) of a soundboard recording taken from their Brisbane show (sourced from Musictravellerstwo.blogspot with thanks) along with full album artwork (thanks to LiborioFriki).  Most of the concert photos depicted in this post were sourced from Charly Cameron with gratitude. The quality of this recording is outstanding and the band was certainly on fire this night. This is a 2CD set.
Black Sabbath Brisbane set list
01 - War Pigs
02 - Into the Void
03 - Under the Sun
04 - Snowblind
05 - Electric Funeral
06 - Black Sabbath
07 - Behind the Wall of Sleep
08 - N.I.B.
09 - End of the Beginning
10 - Fairies Wear Boots
11 - Symptom of the Universe (Instrumental)
12 - Drum Solo
13 - Iron Man
14 - God Is Dead?
15 - Dirty Women
16 - Children of the Grave
Encore:
17 - Paranoid (with “Sabbath Bloody Sabbath” intro)
.
Black Sabbath Link (237Mb) New Link 06/11/2019
.
Posted by AussieRock at 12:16 AM