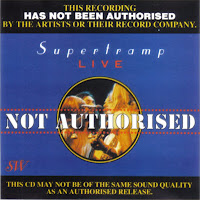 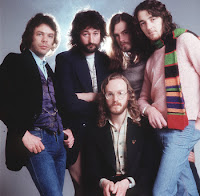 Currie, Palmer and Winthrop split, to be replaced by Benberg, formerly of Bees Make Honey, and Helliwell and Thompson from Alan Bown Set.
Eventual breakthrough came with Crime Of The Century in 1974, a semi-concept affair which was immaculately produced by Ken Scon. It also yielded 1975 hit "Dreamer". 1976 album Crisis? What Crisis?, another Scott production, followed closely format set by predecessor and attained similar degree of chart success.
Even In The Quietest Moments (1977) saw the band gradually refine their style for the more commercial 'Breakfast In America' in 1979.
[extract from The Ultimate Encyclopedia of Rock, edited by Michael Heatley, Carlton Books, 1994]

Producing three hit singles, the album has sold in excess of 18 million copies to date. A live album followed, before more up tempo and R&B influenced 'Last Famous Words' (1983) which reached the Top 5 in the US and UK. Subsequent releases have been sporadic and inconsistent.
Here is a show that was part of the Super Golden Radio Shows series and this one is number 8. I believe the concert took place in London on March 9th 1975 at the Hammersmith Odeon and was just before the release of Supertramp's second album "Crisis What Crisis" .
For some inexplicable reason, some pieces are amputees: this is the case, for example, "Bloody Well Right", the solo piano introduction is shortened by almost a minute. To compare with the official version of this concert, released in 2003 under the title "Is Everybody Listening?" (Ignore the indication of the cover of the latter, which incorrectly states "Ohio in 1976" as a source of recording, while musicians Supertramp themselves have confirmed that this was the concert at Hammersmith from 9th March, 1975) [extract from ace.bootlegs.free.fr]

About the concert (interview with John Helliwell)
Supertramp took to the stage of London’s Hammersmith Odeon the next month on March 9th. The gig was a last minute add-on to the end of the tour and has become famous or rather perhaps infamous as an illegal bootleg beloved amongst Supertramp fans. It was also briefly commercially released in 2001 as “Is Everybody Listening”. For some bizarre reason the original bootleg erroneously gave the venue for this show as Cleveland, Ohio rather than London, England, a mistake which the 2001 commercial release unfortunately replicated on its own cover notes.
. 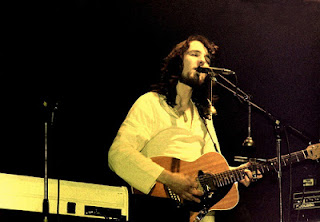 Be that as it may, the recording presents a highly dynamic live band, tearing through many of the current Crime of the Century AND future Crisis? What Crisis? numbers.
Moreover, it’s heartwarming evidence of a zany, and firmly tongue in cheek Helliwell MC, whose pithy wit has delighted Supertramp audiences the world over. He can be heard welcoming the Hammersmith audience thus:
“Thanks man.... Good evening. Welcome to my show and I'd like to do another one now. This is from my album. I shall be supported by Rick and Roger on vocals on this one. This is called .... Ooh another thing. We've got a little guest vocal group tonight. These are "The Trampettes" and they'll be appearing at the end of this number. They're pretty cool so don't applaud too much. This is "Hide in Your Shell"...
. 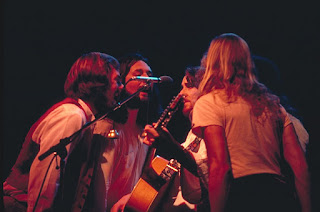 Later on, when a lone heckler in the crowd continued to push his luck too far, our man confidently halted proceedings to have a word with him thus:
Ooh we've got the chap from "rent-a-mouth” here tonight [crowd and Dougie laugh and cheer] Yeah... anyway to continue... Hey listen. To get on 'ere you need some material and the only material you've got is that shitty suit you're wearing [huge crowd applause].
John ‘fessed up to this put down of put downs being borrowed from the old bass player in The Alan Bown. Whatever, it swiftly did the job and elicited a huge cheer from the giggling crowd. The heckler was heard no more. 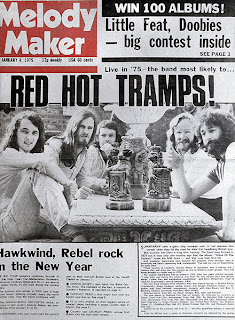 The same recording has further evidence of his great wit and also perhaps personal disregard for safety. During this tour, he’d had a specially wired up jacket made, encrusted with fairy lights to give that special “glow in the dark” effect. He can be heard instructing Irish roadie Norman Hall to “Turn me on man” at which point Norman dutifully plugged him into the mains electricity! Twinkling in the darkness, he accompanied himself on the piano and generally hammed it up whilst singing “The Alphabet Song” (A You’re Adorable) but on other nights would occasionally swap this for “Little Sir Echo” a song he’d had taught to him by his uncle in his childhood days. [taken from johnhelliwell.com]
.
This post consists of an MP3 rip (320kps) taken from CD and includes full album artwork. I like this bootleg, I like it a lot. The sound quality is A+ and I am amazed at how similar their stage performance sounds to that captured on their studio recordings. There is a 50-50 split of tracks from their 'Crime Of The Century' and 'Crisis? What Crisis?' albums, with a taster from their later album 'Quietest Moments' entitled "From Now On".
As mentioned above, the track listing on this Australian AMCOS Bootleg matches that listed by Ace Bootlegs entitled '1976 Crisis Tour' and indicates it was recorded at the Hammersmith Odeon on March 9th, 1975. Of course, this doesn't make sense as their Crisis What Crisis tour didn't officially start until November of 1975 (see Bob Siebenberg's Website). It should also be noted that this is not the full concert listing, and there are other bootlegs available with the full show (see Ace Bootlegs).
.
Track Listing 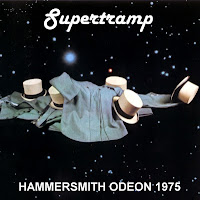