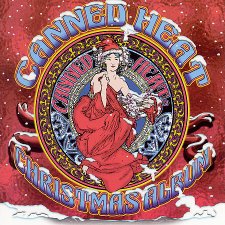 The American blues rock band Canned Heat, were formed in 1965 in California. They are probably best known for Al 'Blind Owl' Wilson's distinctive high pitched vocals, singing "Goin' up the Country" and "On the Road Again". They released their self titled debut album after an appearance at the Monterey Pop Festival in 1967, but it was their follow-ups that brought them their greatest success.
The albums Boogie with Canned Heat and Livin' the Blues brought the tracks "On the Road Again" and "Goin' up the Country". The songs were a chart success and became synonymous with Woodstock, when they were included in the film and soundtrack of the event.
The band teamed up with blues legend John Lee Hooker in 1970, for their next album Hooker 'n' The Heat. The album brought them a hit with "Let's Work Together" and provided Hooker with his first top 100 charting album. Although this was overshadowed by the death of Wilson, and the loss to the band of his distinctive vocals. 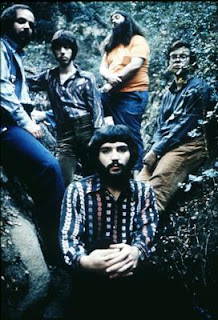 The band continued to record, but as the Seventies wore on there was less of an audience for their work. Although they have a core following, for which they tour and release records, they have failed to match the heights of their late sixties period.
.
After putting out a few CDs together during the past few years, Len Fico, President of Fuel 2000 Records, suggested that the band put together a Christmas album. He had seen a few other classic groups have success with Holiday CDs and thought that the Heat might have similar success.
'Christmas Album' was released Sep 25, 2007 on the VarSse Sarabande (USA) label. Canned Heatn were: Robert Lucas (vocals, guitar, harmonica); Greg Kage (vocals, bass guitar); Barry Levenson (guitar); Adolfo "Fito" de la Parra (drums); Alan "Blind Owl" Wilson, Bob 'The Bear' Hite, Henry Vestine, Larry Taylor.
Along with another old friend, Jay Spell, recorded their renditions and adaptations of some traditional Christmas songs to combine with some of their older Holiday recordings. "Jingle Bells" dates from 1857 and was originally titled "One Horse Open Sleigh" by composer James S. Pierpont. It soon became more widely known by the opening line of its chorus and has been "Jingle Bells" ever since. Just about every parent has warned their kids that "you better watch out" and "you better be good" because "Santa Claus Is Coming To Town"!
So WOCK out kids - here comes Santa and the Heat is definitely on !
.
Track Listing 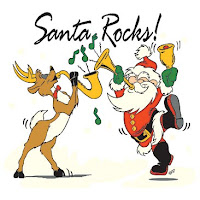 01. Deck the Halls
02. Christmas Boogie with the Chipmunks
03. Christmas Blues
04. Santa Claus is coming to town
05. I won't be home for Christmas
06. Boogie at Christmas
07. Santa Claus is back in town
08. Jingle Bells
09. Christmas Blues featuring Dr. John
10. Boogie Boy
11. Christmas Blues featuring Eric Clapton and John Popper
.
As usual, I'm posting December's W.O.C.K on Vinyl post alittle earlier than usual, to coincide with the Christmas season.  The Rip is taken from CD in MP3 format (320kps) and includes full album artwork.  New Improved RIP
.
MERRY CHRISTMAS everyone and I HO HO HOpe to see (and hear from) you all, back at ROCK on Vinyl next year for some more Vinyl / Bootleg releases. And as the Heat would say, 'Don't forget to Boogie, Boogie, Boogie....'
.
Canned Heat Christmas Link (45Mb) New Link 10/04/2020
.