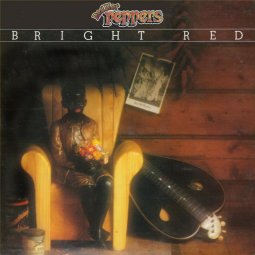 Not to be confused with American band Red Hot Chilli Peppers, the Red Hot Peppers originated in 1975 out of the 1953 Memorial Rock 'n' Roll Band. Originator, Robbie Laven, emigrated from Holland with his family in 1959. In 1960 he enrolled at Auckland University to study law. While there, he became involved in the folk club, soon becoming its president. Robbie spent many years in the education cycle, as a student, a lecturer and a post-graduate, and during this time he became a central figure in New Zealand musical circles.

During his studies, Robbie moved to Waikato University, and it was there that he became more involved in rock music. In 1971 he formed the 1953 Memorial Rock 'n' Roll Band. In the line-up were Robbie, who was proficient on over 50 instruments, ranging from the banjo, guitar, mandolin and sitar, to such items as the dulcimer and yang ch'in, Rob Murdoch on piano, guitar and vocals, Mitch Park on bass guitar, Bren Collinson on drums, and Helen Collinson on vocals. They were a very popular attraction at University Arts Festivals. In 1973 they released a single on the Family label called "Tallahassee Lassie"/"Let The Good Times Roll". 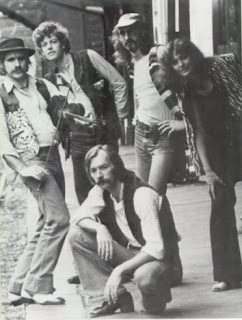 Marion Arts had spent much of the early seventies in another Waikato University band called, Swellsfoot Assembly. This group included Garth Porter, who would go on to be a founding member of Australia's Sherbet. Also in the group was bassist Paul Baxter. In early 1975, Marion Arts and Paul Baxter joined the 1953 Memorial Rock 'n' Roll Band, but the group didn't last much longer with this combination. Robbie Laven decided to form a different group and keeping the services of Marion Arts and Paul Baxter, he recruited Mike Farrell on guitar and Jim McMillan on drums and they called themselves the Red Hot Peppers. Mike Farrell had previously played with Tom Thumb and Rebirth.

The name came about as a tribute to Jelly Roll Morton's famed 1920 jazz band of the same name. But unlike them, there was very little jazz in this Red Hot Peppers repertoire. 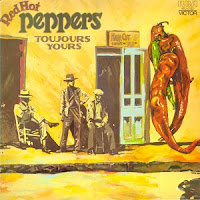 Soon after their commencement, Mike Farrell was replaced by Robbie's brother Hans Laven. In December 1975, the group left on an extended national tour and they finally returned to Hamilton in May 1976. In October 1976, they left again, this time on a national tour of theatres under the sponsorship of the Queen Elizabeth II Arts Council. Crowds were generally small, but the band's standing was strong enough to warrant RCA releasing an album called "Toujours Yours". From it came the single "Dreams To Come"/"Cow Cow Boogie" released on Family. The album didn't sell very well, and the Red Hot Peppers disbanded early in 1977. Robbie and Marion, now an item, moved to Australia.

Late in 1977, Robbie and Marion met up with Mike Farrell again in Melbourne and they decided to reform the Red Hot Peppers. They added Vaughan Mayberry on drums, and Pete Kershaw on bass. With this combination, they released two albums in Australia. The first in 1977 called "Bright Red" and the second in 1978 "Stargazing". From the two albums came three singles, "Tears Of Silver"/"Heebie Jeebies", "I've Just Seen A Face"/"Can't Stop Bliss" and "Stargazing"/"Li'l Black Dog".

Despite building a cult following, they were unable to conquer Australia, so they once again disbanded with Robbie and Marion returning to Robbie's homeland, Holland. In Holland they released two albums together, the first in 1981 called "There's Two Sides To It" and the second in 1984 called "The Lost Angel".

Another album was released in New Zealand by the pair in 1988 on Ode called "Child's Play" [extract from sergent.com.au]

The following is an article entitled 'Red Hot Peppers Do The Cool Cucumber' published in the RAM magazine, May 5, 1978 (Page 7). The article was written by Andrea Jones:

Red Hot Peppers, one of the biggest acts on the Melbourne pub circuit; are a PR man's dream come true. Even if the name doesn't satisfy the writer's verbiage-hungry fingers, the fact that RHP play over 100 instruments should.
The band collect influences like urban dwellers collect neuroses. The band refuse to be pinned down to one style. In fact lead vocalist Marion Arts said she can't cope with more than three country songs without getting bored. 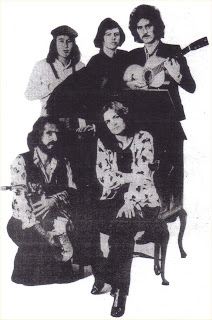 Red Hot Peppers take their name from Jelly Roll Morton's New Orleans jazz band of the same name. But this New Zealand version plays a basic format of country/ blues/jazz. Around it they work band-leader Robbie Laven's menagerie of medieval and primitive instruments.
Robbie estimates it will be about ten years before he sees his entire collection of instruments together. At present they are hanging on friends' walls, rotting in neighbours' garages and collecting dust back home in New Zealand.
His zoo-proportioned musical menagerie has attracted the band a lot of press attention, but Robbie is adamant it was not intended as a gimmick. "The drive behind the use of these instruments is musical, not to see how many instruments we can get on stage," he explains.
"From a recording point of view it takes away the limitations completely, it also gives the album a cohesive quality to have these sounds recurring throughout and to have us playing them. Most session players sound like session players. But we don't have to use them. We are a lot freer because we know we have the use of these sounds at a finger-click's notice, and he stresses, "we can reproduce all these sounds in concert."
The group's influences are unusually diverse. Marion's only vocal training was in Gregorian Chants at a NZ convent school. She cites her favourite singers as Billie Holliday, Marlene Dietrich, Maria Muldaur . . . Robbie on the other hand is into Ry Cooder and Keith Richard. All of these and many other styles come out in their music.
Robbie's aim with RHP is "to combine the intense fire of the European gypsies with the control and laid-back quality of early negro jazz." (Al Grassby will be pleased — ed).
This aim is interpreted in different forms. One minute it is a countrified lullaby like "Tears of Silver", the next it's dixieland jazz like "Heebie Jeebies" and then it is a real country and western thing like "Sitting By The Roadside (Sighing)".
By this stage, your average semi-coma-tosed pub crowd has been left way, way behind. Marion said, "When We first came here we found that the audience had a real need to identify with the music."
Their single "Tears of Silver" has had that effect. It is something that the crowd can latch onto. Although it's not a chart-buster, Robbie is pleased with what it has done. "It has warmed everyone to us. We have made a lot of friends through it. I don't think it's a single, but it hasn't put anyone off—it's made a lot of goodwill towards us,
.

"Singles success is so important in Australia, but we're not a singles band. We wouldn't be able to portray what we do fully on a single." Of course not. How could you get Jelly Roll Morton. Marlene Oietrich and Little Feat into one, commercially  viable 1978 single?
Is the broadness of their music commercially a bad move? The band admits there have been strong pressures to limit their styles and tone down the experiment bit.
But RHP won't have a bar of this. They're dedicated to what they do and determined to be successful with it. They say the fact they survived the New Zealand scene is proof enough of their dedication.
"In New Zealand it's not easy to be professional, and therefore there are not the same pressures when you get there. There is no way you're going to make money or become a superstar. You have to do it for the love of it," states Marion.
Having succeeded in that atmosphere and now having carved a niche into the cutthroat super-monotonous Melbourne pub circuit, they are anxious to move on once again. "It's time to get out of Melbourne," states Robbie. "We want to get onto the concert stage fairly quickly. Um, that's nice boys, but so do 95% of the bands in Australia. 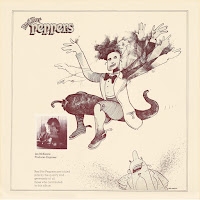 But RHP are confident that that they can, and will do it. Marion Reasons, "We have a big enough range of material to complement a wide variety of bands, so we can make it a musically cohesive evening."
In New Zealand, RHP supported people such as J.J. Cale, Canned Heat, Flo and Eddie and Country Joe McDonald.
Right now, however, all hopes are pinned on the album. The music they play in concert has progressed somewhat from the album, but the band are all extremely pleased with it. Marion said, "I was quite excited when I heard it. The accent has changed a little since then, though. We've gained maturity, we're more integrated and on a lot closer wavelength with each other. I've been reading a book by Segovia and one part which really stood out said "You think you are developing all the time, but what you do best comes naturally".
In the near future Red Hot Peppers hope to be coming naturally all over Australia.
.
This post consists of  FLAC & MP3 rips (320kps) taken from my trusty Vinyl and comes with full album artwork, including label scans and a scan of the RAM article, as transcribe above.
This album takes a while to grow on you, however the musicianship on this record is outstanding to say the least and deserves a listen. I don't think you'll be disappointed.
. 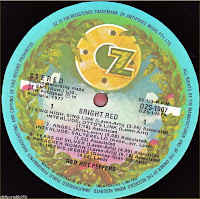 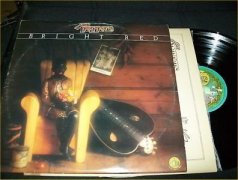