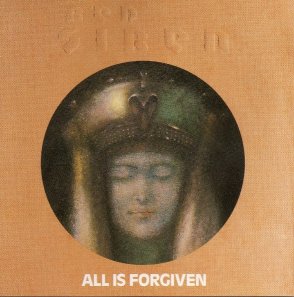 For today's post, I'm featuring a band that no one knew what to make of when they came out.
Were they metal?
Were they pop?
The band had metal looks and guitars, strong female vocals, lyrics and hooks.
Mercury Records thought they had a blockbuster.

The band is Siren (later called Red Siren). I vaguely remember the early promo hype Mercury Records made over this 1989 album. First, it was supposedly the very first major label studio album that wasn't mastered on tape, but totally to digital hard drive - something that would be eventually be standard in the recording industry.

While the ELP-esque cover artwork might suggest a progressive rock album, Siren's sound definitely falls into the mainstream pop/rock style of the late 80's. I hear a lot of similarities to artists like Private Life, Robin Beck, and 80's era Heart, and singer Kristin Massey's vocals sound like a cross between Stevie Nicks and Belinda Carlisle. 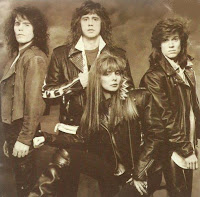 Red Siren is a prime example of forgotten mediocrity of the ‘80s. They looked like they wanted to be bad-asses but didn’t have any punch at all. The singer (Kristin Massey) was kind of hot and “All Is Forgiven” is by far the best thing they ever did, but even that tune is the standard middle ground of 1989 rock. I love the video for it though. Both the bassist (Jon Brant - ex Cheap Trick) and drummer (Gregg Potter) are rocking out way too hard for what they’re playing. The barely moving guitarist has it just right. 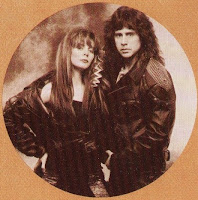 While I don't necessarily advocate this album is worth a 5-star rating, it's still a very solid pop/rock album. When it's good (see "All Is Forgiven", "One Good Lover", "Stand Up", and "Master Of The Land"), it's very good. Unfortunately some of the more laid back songs like "How Dare a Woman" and others on the B-Side kill the momentum a bit and give the album a sense of unevenness. And while the musicianship is very tight, you can't help but wish they had come up with some better guitar hooks to really grab people's attention. It was the 80's after all.

I do agree that this album was sadly overlooked. Given some of the similar artists that made it big in that era, Siren definitely deserved more success, and would have if the record company had done something - anything - to promote the band. Instead the band's legacy lies with those who were either with them from the start or people like me who ran across the disc in a cutout bin and decided to take a chance.

If for some unknown reason you go to look for the album, keep an eye out for Siren as well as Red Siren. As for Siren, things didn't go so good. First, they were forced to legally change their name to Red Siren (reportedly after another band named Siren threatened to sue.) The first pressings of their 'All Is Forgiven' LP/CD (under the name Siren) quickly became collector's items. Unfortunately, my pressing is not one of them!

After a second single "One Good Lover" stalled in the lower reaches of the rock charts, they disbanded. Red Siren's bassist Jon Brant played in Cheap Trick briefly, but not much is known of the other members of the band. That's how it goes in rock n' roll sometimes. So enjoy this little chestnut.....
.
This post is an MP3 rip (320kps) ripped from my vinyl copy and includes full album artwork for both LP and CD.  Sound quality is exceptional.
For more information about Red Siren and their latest release 'Recovered', take a look at their website HERE  (thanks to Pete Zaria for the heads up)