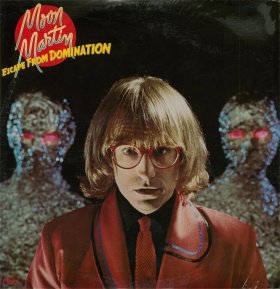 John "Moon" Martin (born October 31, 1950, Oklahoma) was an American singer, songwriter and guitarist. Martin gained recognition in the 1970s as a pop artist and composer. Originally a rockabilly artist, he wrote the songs "Bad Case of Loving You (Doctor, Doctor)", made famous by the English singer Robert Palmer, and "Cadillac Walk", made famous by the American singer Willy DeVille.
Martin scored two minor hits of his own with "Rolene" (#30 Billboard Hot 100) and "No Chance" (#50), both in 1979. His 1982 song, "X-Ray Vision" was an MTV hit music video. It has been reported that he was given the nickname "Moon" because many of his songs had the word "moon" in the lyrics, however, Martin gives his own reason for the nickname (see Interview below). 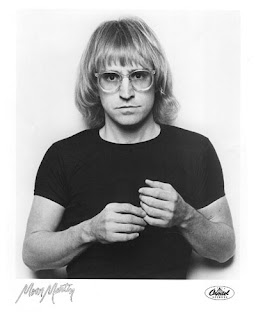 Moon could turn out three minute pop novels like few others, and did so with excellence on his Capitol albums. Moon's music was extremely accessible, and 7 or 8 tracks from each album could easily have been singles. However, in the realities of the record business, having talent and producing great records does not necessarily equat commercial success.
Moon's live performances were great, he had the tightest band you could see in the late 70's/early 80's, and the songs were there. For some reason, though, commercial success evaded Moon almost entirely in the US. Very few countries around the world fully discovered Moon's brilliant pop records when he was at his best. And today his music is often referred to as "cult" or non-commercial.
.
In November of 1979, Moon Martin was interviewed by the German Magazine Musik Express just prior to his German Tour and the following is a transcript from that interview: 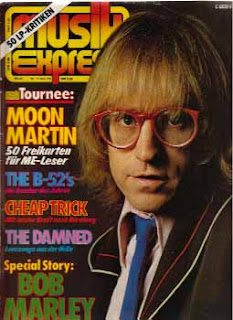 Reporter: You're currently on a promotional tour to introduce your second record "Escape From Domination" to the American audience. How are the record and tour doing?
.
Moon Martin: Oh, I'm very, very pleased. The record will for sure climb up to number 90 on the US charts, and the single of it, "Rolene", reached number 30, so far. The tour, as well, started quite fine.
.
Reporter: How big are the halls you are playing at?

Moon Martin: Mostly, theatres with approximately 1000 seats if we're the headliners of the show. Personally, I prefer to be the supporting act for better known bands, which gets me the chance to reach far more people. We toured, for instance, with Cheap Trick and Joe Jackson. Each night we had 15,000 kids at the concerts, and they liked us. You have to have good relations with the headliner. In this case, it's more effective for a band like us to be the support act.

Reporter: Robert Palmer released a very successful cover of your "Bad Case Of Lovin' You". Did you know him prior?

Moon Martin: No, I haven't met him before, but knew all his records. To be very honest, he was and is my favorite singer and you can imagine how much I appreciated it that he covered "Bad Case".

Reporter: How were the critic's reviews for the new album?

Moon Martin: They were excellent throughout. I haven't read a bad one so far. Nearly each critic wrote that "Escape" is more compact than "Shots From A Cold Nightmare". Well, I'm really satisfied.

Reporter: Now, it's for sure your success in the States came via your European success. It's a strange development, isn't it? 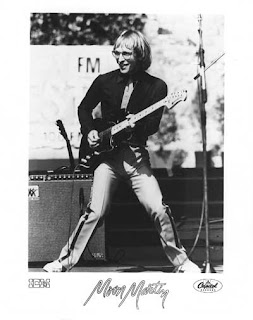 Moon Martin: No, not at all. Look, if you want to bring a record here among the masses, especially as a newcomer, you have to prostitute yourself for the radio stations. In every bloody state, in each village, at each station, you have to bring your little record saying, "Hi, I'm Moon Martin and this is my new LP. It would be nice if you could play it. Blah, blah, blah."

In Europe, it goes like this: the DJs have your record already and if they like it, they have played it already. You won't make any points here with the usual beggary. You could add here, a bit ironically, that a U.S. musician has to be successful first in Europe, before you're accepted in the states, but first, I like it and second, other bands and musicians share this experience.

Reporter:  I know you'll hate the next question, but especially American critics tend to categorize each artist. What's the writing on your drawer?

Moon Martin: Yes, really. But, they don't mean Punk here (in the States), when they call it that way. The meaning is rather that we don't play any kind of sugar-pop or easy-listening-country.

Reporter: How would you classify your music by yourself?

Moon Martin:  I would call it straight, earthy Rockabilly. But, these categories are a horror to me anyway.

Reporter: What will you do after this U.S. tour ? 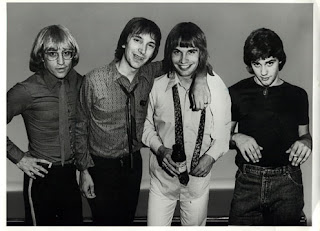 Reporter: And will you bring the same band you toured with in Germany, in 1978?

Moon Martin: Yes, they are the old Ravens: Rick Croy, his brother, Dennis, and Jude Cole. This time, we do it without a second guitarist.

Reporter: What about your plans for a third LP? It's a bit early, but maybe you could tell us something already....

Moon Martin: Yeah, at the moment I'm quite happy that the second is doing so fine, but honestly, I wrote a few songs for the third LP already.

Reporter: One final question. Basically, you're regarded everywhere, in the USA too, as a newcomer. Only a very few of the so called critics and experts know that you played in the past, in a band called "Southwind". Could you please tell us a few words about Southwind?

Moon Martin: OK, we started around 1970 in Oklahoma. At that time, and in this area, there were 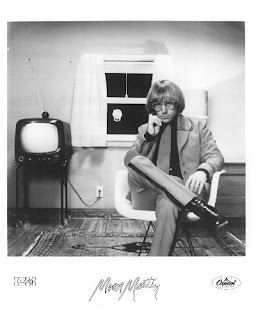 only two kinds of music: heavy rock and country music. Maybe this was the reason that our music went totally unnoticed. You know, exactly at the wrong time, exactly at the right place. Nevertheless, we made two LPs. For that time, it was quite a mess, but in '72, we finally broke up and split. I moved to L.A., then jobbed as a truck driver for some time, and wrote songs in my spare time.

Reporter: Just one, final question. How did you get you nickname, "Moon"?

Moon Martin: They gave me the nickname after the split of Southwind. I jobbed by day and wrote by night, in the moonshine, of course. I have a special relation to this celestial body, as you may hear, in some of my songs. Well, then one day, suddenly, nobody called me John no more. Everybody who knew me, called me "Moon". I like this name. [Interview sourced from Moon Martin's Website]
. 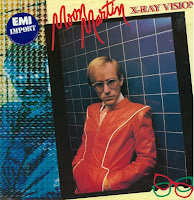 In late 1978, rock 'n' roll discovered its roots. On the heels of this revolution emerged an artist by the name of Moon Martin. With his debut album 'Shots From A ColdNightmare', "Moon Martin made the most impressive debut album of the year (1978)" wrote Ken Tucker of the Los Angeles Herald Examiner, adding "Martin gets more mileage out of a tersely-phrased non sequitur than anyone short of Elvis Costello"
Well, Moon returned in 1979 with the aptly titled 'Escape From Domination'. What shots promised, Domination fulfills...bringing a whole new dimension to the phrase "basic roots of rock 'n' roll". This is Moon Martin: the singer, the songwriter, the album ...not to be missed.
The post consists of an mp3 rip (320kps) taken from my vinyl copy (which was recently acquired still sealed in its shrink wrap and in absolute mint condition) along with full album artwork and select publicity shots taken from Moon Martin's website with thanks.  I have also chosen to include a rip of his hit single "X-Ray Vision / Deeper In Love" taken from a 12" single release which I bought many 'Moons' ago from an import shop - LOL 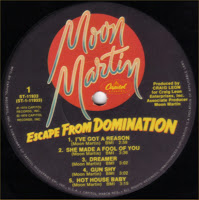