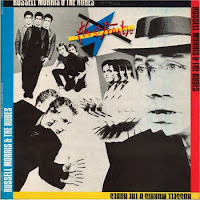 Originally a member of Melbourne's Somebody's Image between 1966-68, guitarist and vocalist Russell Morris struck out on his own in 1969. Morris' career started in September 1966 with the formation of the Melbourne group Somebody's Image, which rose to prominence with a local hit version of the Joe South song "Hush." He then achieved a No. 1 hit in 1969 with the Johnny Young song "The Real Thing" which was pruduced by the guru of Aussie Rock 'Ian Molly Meldrum'. "Real Thing" remained at No. 1 for weeks and was the largest selling Australian single in 1969. The song itself was a seven-minute epic moving from a gentle beginning through full-on psychedelia with sound effects and phasing (ending with a 'Zeig Heil' and a nuclear explosion!). His follow-up "The Girl That I Love"/"Part Three Into Paper Walls", also topped the charts in which it spent 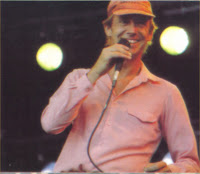 a total of twenty-one weeks. He set off for the U.K. to promote his singles (unsuccessfully) and recorded "Rachel", which made No. 25 in Australia, whilst there. He enjoyed several subsequent hits, including three Top Ten ones with "Mr. America", "Sweet, Sweet Love" and "Wings Of An Eagle". His debut album in 1971 also did well, narrowly missing the Top Ten. He later lived and toured in the U.S.A.. He continued to record into the nineties and went on to front several Melbourne bands after the timeframe of this book:- Russell Morris Band (1978-84), Russell Morris and The Rubes (1980-81), Russell Morris and The Lonely Boys (1986-89) and Russell Morris and The World (1990) [extract from Borderline Books]
.


Russell Morris has experienced all the ups and downs of the rock 'n' roll industry. These included a lean period in the 1980s when he struggled to get 30 people to a gig and promoters stopped returning his calls.
There is a lot of information about Russell on various sites about his early career, but not much about what Russell has been doing in later years.-----Played the part of Riff Raff in the Rocky Horror Show ----1992 Played Simon Zealotes in Jesus Christ Superstar ---- 2000 The Real Thing and Wings of an Eagle included in the soundtrack of the Australian film "The Dish" ---2001 - Named in APRA's Top 20 "All Time Australian Greats" ---- March 2001 Russell took part in the "Gimme Ted" benefit concert ---- 2002 Russell took part in the Long Way to the Top extravaganza. ---- 2003 Russell was part of the Hard Road concert with Stevie Wright (EasyBeats). ---- The 25th Annual As A Songwriting Competition Awards Ceremony at Club Ashfield on 2 June, 2005. On that night Russell Morris was inducted into the ASA Hall of Fame, with Ian 'Molly' Meldrum providing the induction speech. ---- June 2005 - Joined John Schumann & the
Vagabond Crew with the Lawson Project. ---- August 2006 - Singing with the Stars - Concert Series. ---- August 2006 - Lobby Lloyd’s Benefit Concert ---- March 2007 - Russell Morris & Brian Cadd
"Unplugged". Two incredible nights performing with the Queensland Conservatorium students. ---- September 2007 - Wings of an Eagle included in the film of "The December Boys" ---- October 2007 - Concert for Max - Benefit concert for music legend Max Merritt. ---- October 2007 - Entertained the troops employed on Operation ANODE in the Solomon Islands. -------1 July 2008 - Inducted into the ARIA Hall of Fame. - - - - July 2011 Brian Cadd & Russell Morris release a Country & Western album "Wild Bulls & Horses" - - - - 8th Nov 2011 - Russell presented with Support Act's Excellence in Community Support Award. ------- New Russell Morris blues album "Sharkmouth" official release Friday October 12, 2012...  [sourced from a Russell Morris Fan Page]
.
.
The album featured here - "Almost Frantic" is not a bad album at all, sporting a remix of his earlier hit "Hush" along with his other single "In The Heat Of The Night". Overall, the album is hard hitting and has some great moments, including some great sax work by guest artist 'Wilbur Wilde' (from OL 55) 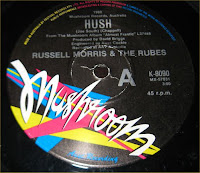 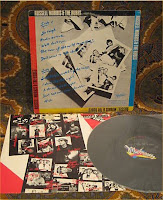