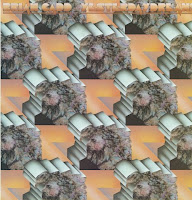 In the early Seventies Brian Cadd established himself as one of Australia's first "album artists".
Raised in Perth, at the age of ten Brian George Cadd was given the choice between lessons in tennis or piano. He chose the latter and studied seriously for two years. At the age of twelve his entry in a TV talent quest resulted in Brian being offered the pianist role in a junior band on a children's program. After that, Brian worked in his cousin's hotel group, and a pop band formed with school mates.

The family subsequently moved to Tasmania, and then Melbourne, where Brian continued his music career, first with the Beale Street Jazz Club and then with the Castaways who, in 1965 became r&b group the Jackson Kings. Brian and the Jackson Kings' singer joined the second version of the Groop. He joined as Brian Caine. A close associate of the band, Ian Meldrum convinced him that Cadd was no name for a pop musician. When his family objected to the change Brian quickly changed back. It was with the Groop that Brian Cadd developed his songwriting. 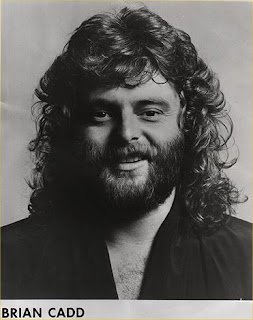 In May 1969 Brian and his Groop songwriting partner Don Mudie left to join "super" group Axiom, and stayed in Australia only long enough to record and release an album before embarking on the reason for putting the band together, to try their luck overseas. Brian had already enjoyed a little recognition in England with Manfred Mann singer Paul Jones recording his 'When I Was Six Years Old'. Axiom hoped to build on that, but broke up two years later, back in Australia.

For a while Brian kept himself busy as a hired hand in the recording studio, renewing his association with Russell Morris. He'd played the piano and delivered the "Hitler" speech on Russell's 'The Real Thing'. Brian now provided some of the backing on Russell's 'Bloodstone' album, acted as his musical director for a tour supporting the Bee Gees, and wrote Russell's 'Live With Friends' single.

Brian's own recording comeback came in the shape of his December 1971 hit single in partnership with Don Mudie, 'Show Me The Way', released on the Fable label. Brian released one more single with Don ('Rolling And Tumbling Down') and then offered three solo recordings for the soundtrack to the surf movie soundtrack 'Morning Of The Earth'. Robin Jolley's 'Marshall's Portable Music Machine' was as near to a Brian Cadd solo single as you could get. It was his song, his sound, but Robin's voice and name on the record. 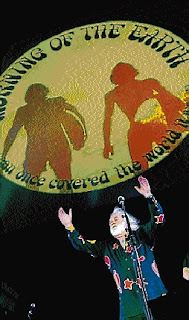 His "official" solo career was launched with the release of the single 'Ginger Man' in October 1972. The song was based on the JP Donleavy book of the same name. Brian had convinced Fable Label boss Ron Tudor to bankroll Brian's own label, Bootleg, along the lines of Leon Russell's Shelter label, where Bootleg's house band would back Brian and all the other artists on the label - singer songwriter Stephen Foster, jazz singer Kerrie Biddell, and the harmony group Mississippi. The Bootleg Family toured together, and even released its own singles, having hits with their versions of 'Your Mama Don't Dance' and 'The Shoop Shoop Song'.

However it was Brian Cadd's own records which were most spectacularly successful, the first time an Australian singer-singwriter had managed a major breakthrough. In a music scene depending almost solely on live work, it was hard going for that kind of performer. With the Bootleg concept behind him Brian was able to transcend all that and see his albums into the top ten, headlining his own concerts, having TV specials made to feature his music, writing a TV theme ('Class Of 74'), a movie soundtrack ('Alvin Purple') and hits for others ( Johnny Farnham's 'Don't You Know It's Magic). 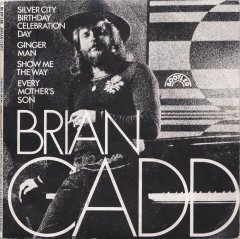 After three hit albums in a row, 'Brian Cadd', 'Parabrahm', and 'Moonshine', once again Brian Cadd was tempted to leave everything behind for an all-out attempt on international success, this time aiming at America. There had been earlier forays into America under the Bootleg banner, but this was "serious". Brian planned to live and stay until he cracked it there. Rod Tudor was left with what was left of the expensive Bootleg adventure. In America Brian achieved recognition as a songwriter rather than for his own recordings.

After signing a new deal with the Interfusion label, Brian moved to Los Angeles, and over the next 15 years he worked variously in the U.S., Europe and Australia as an artist and producer as well as writing material for other performers. Interfusion issued Brian's albums White on White and Yesterdaydreams, plus the singles "White On White", "Longest Night" (1976), "Yesterdaydreams" (October 1978), "Skating on Thin Ice" (April 1979) and "Very Very Long Time" (May 1980).

After six years in Nashville, from 1981 Brian started to make regular performing trips back to Australia. He released an album and toured as the 'Blazing Salads' with Glenn Shorrock.

He formed a performing 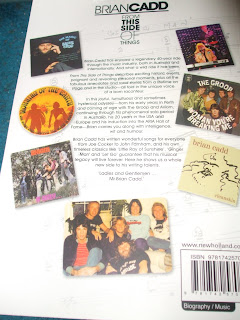 partnership with another Australian living in America, Max Merritt. In the Nineties Brian decided to bring his American family back to Australia to live. In 2002, Brian appeared as part of the all-star lineup of the hugely successful "Long Way To The Top" concert tour, and he has continued to tour, record and produce. [taken from howlspace.com]
.
While researching Brian's career, I came across the following story regarding a song that Brian had written for Ringo Starr.

A 70’s Ringo Starr recording of a Brian Cadd song could have been the “anthem for all drunks and druggies around the world” but it was never released.
“Ringo had just given it all up,” Cadd told Undercover.fm. “He was dry and clean and fabulous and just joyous about the whole thing. So, we wrote a song called ‘Some Folks Do’ which was about drug taking and the fact that Ringo was now clean. Then he recorded it and we thought ‘this is it. It is going to be the anthem for all drunks and druggies around the world’”.
Cadd wrote the song for Ringo with John Beland from the Flying Burrito Brothers. Apple Records USA manager Ken Mansfield signed on as producer. Mansfield had worked with The Beatles from ‘The White Album’ as well as Apple artists James Taylor, Mary Hopkin and Badfinger. It would have been the first single off his next album in 1976.
“Then he changed producers to Van Dyke Parks and Van Dyke Parks virtually stopped using all the stuff he had done before and did a whole lot of other stuff,” Brian says. “But Ringo loved the song. He was quite happy for it to have been the first single”.
The album Ringo fans got instead was ‘Rotogravure’ and the Cadd song has been locked away in a vault somewhere ever since.
Brian has not used for the song for himself or anyone else but says it was pure Ringo. “It was fabulous. It’s him. It’s our demo only played better with Ringo desperately trying to remain in tune, like all his records”.

Brian Cadd recalls this story and many more in his new book ‘From This Side Of Things’, available from his official website.
Also worth noting is that ARIA Hall of Fame Inductees Glenn Shorrock and Brian Cadd have reunited for a studio album called 'The Story of Sharky' and the Caddman, also available through his website. 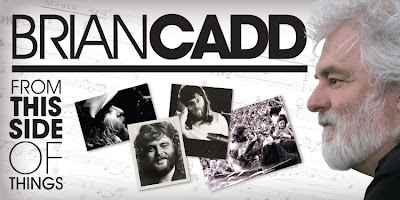 This post consists of a FLAC rip taken from my Vinyl. Full album artwork and label scans are included along with 2 bonus tracks taken from the 'Morning Of The Earth' Soundtrack, which Cadd contributed to in 1972.  I quite like this album, inparticular the title track and the last track "Lonely Is The Roadrunner" where Cadd sings about the hardships that 'truckies' endure while away from their families.
. 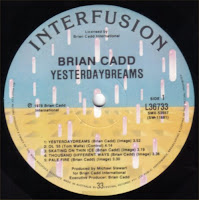 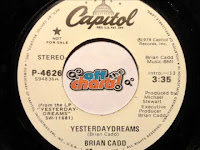