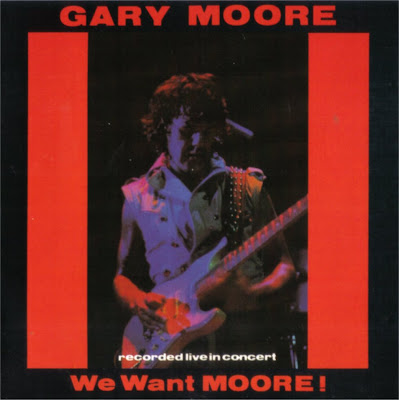 Gary Moore was undoubtedly one of the most underrated guitarists in rock, throughout his career he has dabbled in more music genres than you can shake a stick at and has excelled in creating some of the best guitar orientated rock music of all time.
Sadly, Moore passed way unexpectedly on 6th Feb, 2011 at the age of 58. Moore was on holiday in Spain at the time of his death.
.
This post is in honor to the legacy he has left to rock music - RIP
. .

Brief background of Gary Moore’s early career:
His incredibly varied career as a musician dates back to the late 60’s when he joined the Irish blues-rock band Skid Row (not to be confused with the American band of the same name, fronted by Sebastian Bach). Following the release of Skid Row’s second album, '34 Hours', Moore left the band and went on to join Colosseum II. In 197 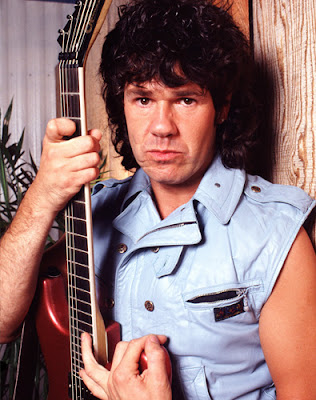 9, he joined Thin Lizzy to record the album 'Black Rose: A Rock Legend', despite earlier collaborations with Phil Lynott and his band, this was the first time Moore had been credited as an official Thin Lizzy band member, and the album would prove to be his first and only studio album with the band.
Moore’s first solo album, 'Back On The Streets' emerged later that year although the guitarist had already released a solo album of sorts, 'Grinding Stone' (1973), under the name of The Gary Moore Band. 'Back On The Streets' was shortly followed by another solo album 1980’s 'G-Force'. Neither of the aforementioned albums were particularly successful but his next album would prove to be a breakthrough of sorts, at least musically if not commercially.
'Corridors of Power' was released in 1982 and added a much heavier, more metallic edge to the music featured on any of his previous albums. His next album 'Victims Of The Future (1983) did not disappoint either, and was perhaps even heavier than it’s predecessor.
. 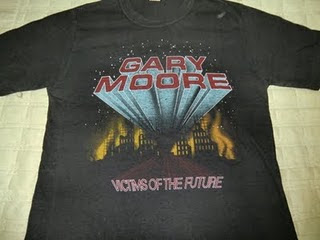 Album Review
'We Want Moore' brings together highlights from the rocker's "Victims Of The Future" World Tour in 1984. This was Gary Moore’s first official live album to be available worldwide and is not only a superb live album but also one of the strongest albums he has ever recorded. It is clear from the start that Moore is keen to show off his metallic side with album opener "Murder In The Skies", which was one of the standout tracks from his brilliant 'Victims Of The Future' album and remains one of the heaviest tracks he has ever recorded. Although the guitarist isn’t exactly a natural vocalist, his vocals are more than adequate for the job in hand and are reasonably consistent throughout this live album. In fact it wouldn’t be too much of a stretch to say that his vocals actually sound better at times here than they did on his two previous studio albums, however keyboard player and rhythm guitarist Neil Carter does take over on lead vocals on occasion.
Moore’s take on The Yardbirds classic "Shapes Of Things" follows on from the energy of the album’s opener and features a truly breathtaking extended guitar solo, which shows that Moore’s guitar skills are right up there with the greats. 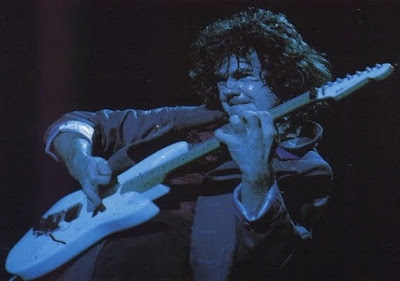 Following a blistering performance of the title track from his previous album, "Victims Of The Future", "Cold Hearted" marks the albums first song from 1982’s 'Corridors Of Power' and is possibly one of the bluesiest tracks on the album and hints towards Moore’s later days as a blues guitarist/singer. This version of "Cold Hearted" also incorporates an extended version of the intro to the next song, the epic "End Of The World". "End Of The World", also from the 'Corridors Of Power' album is quite possibly one of the best songs he has ever recorded and features some truly jaw-dropping guitar playing particularly during the intro. This live version certainly does the song justice, there’s just one thing missing from the studio version; Jack Bruce’s vocals. Former Cream member Jack Bruce, who provided lead vocals for the original version of the song, unfortunately does not make a guest appearance on this album, however, between them, Gary Moore and Neil Carter manage to do a good job of the vocals and this version is energetic, dramatic and overall a fine 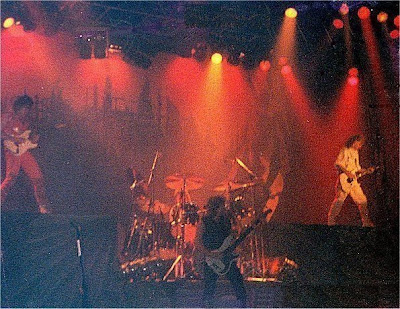 performance of a truly great metal song.
"Back On The Streets", with it’s sing-a-long chorus, provides a bit of light-hearted relief following the darker, heavier sound of the previous song and is one of only two songs on the album not taken from either 'Corridors Of Power' or 'Victims Of The Future'. This is followed by the emotional ballad, "Empty Rooms", before Moore and his boys launch back into much heavier territory with the opening track from 'Corridors Of Power', "Don’t Take Me For A Loser". Closing track, "Rockin’ And Rollin" is the only track on the album taken from 1980’s 'G-Force' album and is a great way to close the album, the song features a surprising guest appearance from Jimmy Nail, who, in Gary Moore’s words, gives the crowd “a singing lesson”. All this leaves you and evidently the crowd wanting mo(o)re…
Overall this is an astonishingly good live album by a criminally underrated musician and like Moore himself, doesn’t get the recognition it deserves. 'We Want Moore' is the kind of live album that can leave you with a big smile on your face as well as leaving you awestruck by the band’s (and in this case particularly the guitarist’s) technical 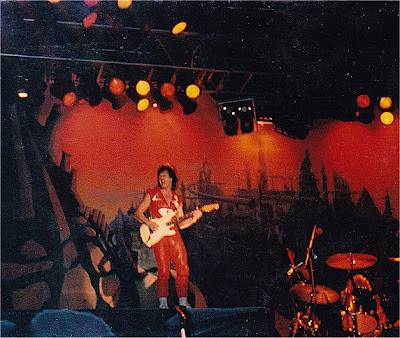 ability. It is possibly Gary Moore’s best and most consistent heavy metal album, and is a good place to start if you’re looking to get into early to mid 80’s era Gary Moore. This is one of those live albums that makes you wish that you could have been there, but if you weren’t, listening to this is a damn good compromise. [review by Jamie Twort 2010]
.
This post consists of a rip taken from CD at 320kps and includes full album artwork and selection of photos of Moore during his 1984 World Tour.
Thanks to Paul Reynolds for the live shots (see above in red) of Moore playing at the SFX Centre in Dublin, Ireland in 1984. Deep Purple fans should take note that Ian Paice played drums for Moore on his 1984 World Tour. I have also chosen to include two additional live tracks which were also big hits for Moore - "Nuclear Attack" which was recorded at the 1982 Reading Festival, and the more recent track "Run For Cover" recorded at The Hammersmith Odeon in 1985 (released as the B-Side to his single to "Wild Frontier").
Moore the better I say!
Note: This album was released as a double vinyl set due to the length of the live recordings.
.
Track Listing
01. Murder In The Skies 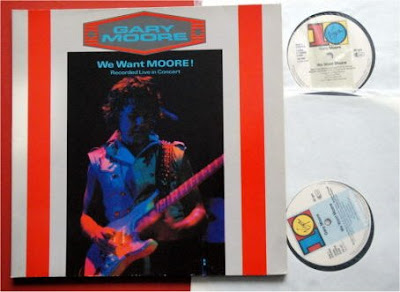