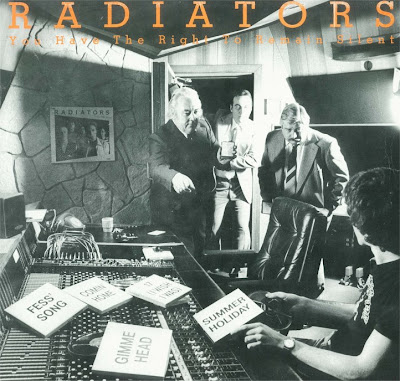 ' A Sure Bet' someone once said of The Radiators. Little did they know that 23 years later The Radiators would still be dominating the stages and airwaves of today. With trademark lyrics and gimmicks these guys have a history that debuting acts could only dream of.
The Radiators have carved themselves a niche in the annuls of Australian Rock History, headlining, and sharing the stage with other great oz acts such as Rose Tattoo, AC/DC, and INXS. Consistently delivering high quality shows (approaching the 3000 mark), the Rads have played to an estimated two million punters throughout Australia. Also under their rock n roll belt is over 100 original songs, 2 platinum album sales, 2 gold, and a host of other huge record sales.
The structure of The Radiators was formed from the remnants of rock bands 'Big Swifty' (Fess and Brian) and "Twister" (Geoff). Stardom just an itch. How were they to know then that they were to forge a unique sound and

influence for thousands throughout Australia.
The rock and roll ride began way back in Sydney, September 1978, when they embarked on their first ever tour. It was a tour that formed the roots of Australia's longest surviving original pub rock band, The Radiators.
With the completion of over 12 months touring, and 320 shows, The Radiators signed their first record deal. The deal was with Warner Bros and was to be a great one. From here they have built the reputation as one of Australia's greatest live bands, influencing some of our new homegrown acts such as Frenzal Rhomb, Screaming Jets, The Fauves, and Nancy Vandall. 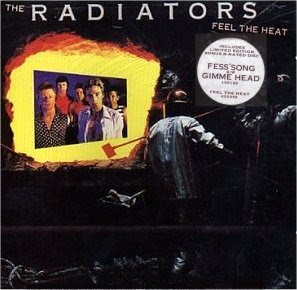 March 1980 bought the release of their highly anticipated first album 'Feel the Heat'. With pre sales reaching 6000 the band created history, as this was a first for a debut Australian band. A fine start to the 80's, and a fine start for a legendary rock band.
It should be noted that this LP did not contain their 'R-rated' hits "Fess' Song" and "Gimme Head" but rather were supplied as a bonus 45 (for a limited number of pressings).
Continually performing 6 nights a week, 40 to 50 weeks per year, The Radiators grew from strength to strength. Not only were they one of a select few of Australian acts to guarantee full venues, radio airplay was giving them a fine time with hits such as "17 (I Wish I Was)", "Comin' Home", and "Summer Holiday". With 'Feel the Heat' gaining platinum status and a Top 10 position.
The Radiators recorded the controversial EP 'You Have The Right To Remain Silent', notching up a second platinum achievement. This small but rocking E.P of five songs included their anthems "Fess' Song" and "Gimme Head'" and is available in this post. 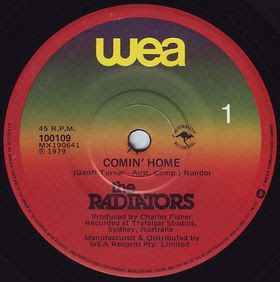 Next album off the ranks for The Radiators was the empowering 'Up for Grabs'. The title track and other favourite tunes such as 'Room Full of Diamonds' climbed it to gold in an instant.
Another historical feat for the gents of The Radiators was performed with the release in 1983 of the album 'Scream of the Real', which sent Michael Jackson's 'Thriller' barreling off the Number One position, The Radiators becoming a household name. Another hit single emerges with "No Tragedy". This saw them with three albums and one EP in the Top 20 on the 2NX Album Charts at one time.
During a 3 month stay in LA in 1984, their fourth album 'Lifes a Gamble' was penned, suddenly the Top 40 was bombarded with not one but two hits, "A Bit of Pain Never Hurts" and title track "Lifes a Gamble". I plan to post this album at a later date.
Although the band was on the up, management problems started to surface and The Radiators found themselves skipping record company to record company with each album recorded. This was a difficult time for the guys, but determination made this a moral building experience.
. 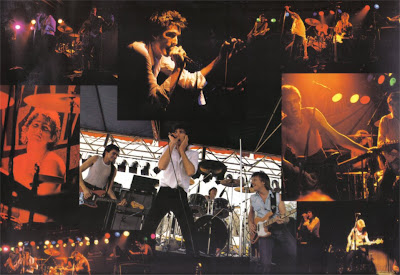 .
The bands fifth album, 'Nasty Habits in Nice Children' produced only minor hit singles with 'One Touch' and 'Bring on the Crazy'. This misfortune was due to radical image and directional changes, out of context with previous Rads material. With financial and business affairs becoming a burden, The Radiators moved to new management, and for a short time kept a low profile, performing live to raise funds for debts incurred from previous management. This time also bringing about the leaving of members Brendan Callinan and Mick Buckley.
With drummer Mark Lucas joining the band in 1989 The Rads maintained their popularity through the 90s and beyond. With many acts falling off the edge of the road in the ever 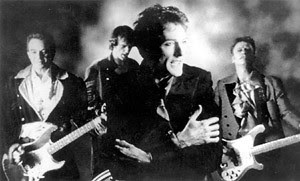 changing music culture of today, these guys have come through relatively unscathed. They continued to record, tour, and please fans and venues alike with their everlasting vibrance.
Financed by the band early in 1991 the six track E.P 'Hard Core' was released independently, selling in excess of six thousand copies.
1991 saw the release of their self titled album 'The Radiators', opening the international eye to their talent with sales in Germany, Austria, Switzerland, Belgium, France and Italy. 1995 bought about the release of the 'Stone' EP, featuring the track "Skin Deep". Following soon after was 'In the Roar', a collection of classic live recordings, plus a few rare studio recordings.
From here on in the gents from The Radiators decided it was time to manage their own affairs.
Since 1997 the guys from The Radiators have been injecting a bit of yesterday into today, holding the honour of headlining the BOYS ARE BACK IN TOWN shows throughout Australia with other fave original oz rock outfits including Spy v Spy, Choirboys, Matt Finish, Cockroaches and more. 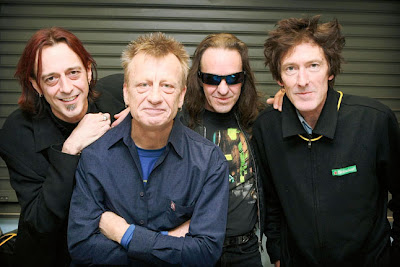 1998 saw The Rads in a series of dates in London, UK. A top finish for the closing of an old century.
The rigors of touring, recording and typically 'playing up' has not diminished the high energy of these 'Masters of Art'. Like fine wine, The Radiators have matured into fine musicians. Quality shows and recordings performed to their absolute perfection, a slice of living rock history. Twenty one years performing and producing quality hits for their dedicated and delighted fans, now forging into the second generation.
Constantly conquering new ground, and never ones to stay quiet, the year 2000 sees The Radiators emerge with not only one, but two brand new albums. The first being Warners released 'Radiology', a compilation of their grandest tunes. The second project off the ranks for 2000 is their action packed original album titled 'Smoke and Mirrors'.
Current band lineup is pretty much the 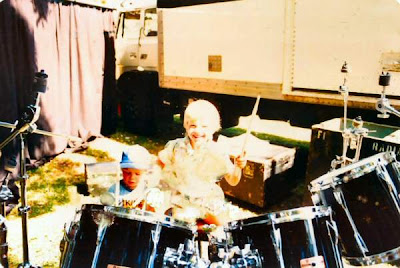 same as it was in the 70's except for the occasional fill in by drummer 'Rick Turner' who is actually Geoff's son. It would seem that Rick was always destined to play in the band at some stage, as shown in the photo where Rick at the age of six is playing on Chris Tag's drum kit in the 80's (sourced from autobabes.com.au)
The Radiators appeared in the Countdown Spectacular 2 concert series in Australia between late-August and early-September 2007. They sang two songs including their classic "Comin' Home".
From humble beginnings, through years of success and hard times, through to the new millennium, The Radiators are living proof that pure, original music never dies, it just gets stronger [extract from Checkontouring]
.
This post consists of both FLAC's and MP3's (320kps) ripped from my 'near mint' vinyl copy of this 12" E.P. I also include full album artwork and label scans. This E.P is a great 'sampler' of early classics by the Rads, but their later material is as good and worthwhile hunting down.
.
Track Listing
01 - 17 (I Wish I Was) 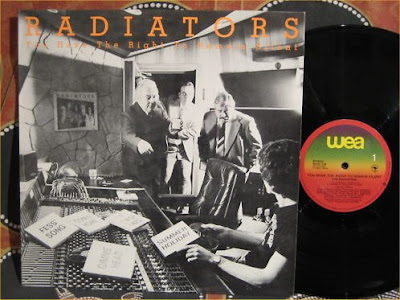