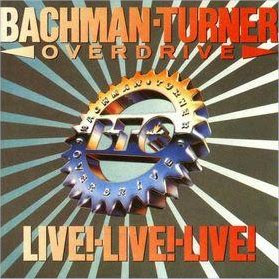 These tracks were recorded while BTO (Bachman-Turner-Overdrive) was on tour with Van Halen in the 1980's and originally released as the "Live, Live, Live!" album on Curb records. BTO had re-grouped with Randy Bachman, his brother Tim, Fred (C. F.) Turner and Guess Who drummer Gary Peterson to release a new studio album and this tour was to support that album. Sales were slim to none on the studio album, so Curb records released this album which features two new BTO tracks "Fragile Man" by Randy and "Bad News Travels Fast" by Fred to satisfy the contract with BTO. This album is not bad and features a great cover of Mountain's classic "Mississippi Queen." This album has also been re-released more recently under the title 'All Time Greatest Hits Live'.
.
Biography 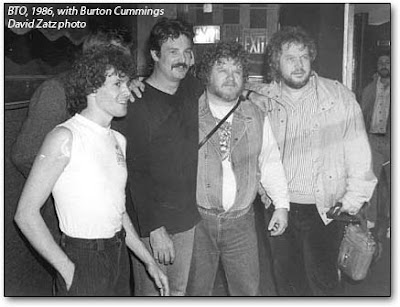 Randy Bachman left the Guess Who out of frustration with the band's decidedly non-Mormon lifestyle (Bachman himself was a convert), and formed a new band, Brave Belt, with fellow Canadian Chad Allan and Randy's brother Robbie (on drums).
Brave Belt's self-named album did not do especially well, despite the presence of two big Canadian names. Chad Allen left shortly after recording it to get married and go to school. Not having a replacement ready, Randy Bachman took Neil Young's advice and called Fred Turner, another Canadian who had been in a few bands.
Brave Belt's second album, in 1972, was still country rock, but C.F. Turner's influence started to make itself felt, and the heavy guitars that became BTO's trademark were clearly evident. A few years later (1975), this record was released using the "Bachman Turner Bachman" names to capitalize on the new band's success. That's the version most of us have seen, with "Bachman Turner Bachman" at the top and "as Brave Belt" underneath. 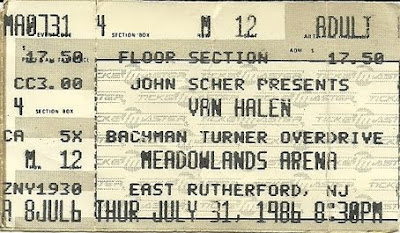 Brave Belt III was sent to 26 music publishers, but none was willing to sign it. Finally, Randy Bachman ran into Charley Fach at Mercury; it turned out he had been away when their tape arrived, and had not heard it. Fach agreed to sign the band, but only if they worked hard to promote it with a vigorous touring schedule, and used a new name that reflected both Bachman and Turner's fame. Their new name was inspired by the truckers' magazine Overdrive; Bachman-Turner Overdrive, the record formerly turned down by every record company they sent it to, was released in 1973 and did fairly well: it stayed on the charts for 68 weeks. Bachman-Turner Overdrive II followed soon afterwards; it was more polished and had their biggest hit, Takin' Care of Business, as well as the hit Let It Ride. Tim Bachman left the band shortly afterwards for personal reasons (not artistic differences).
BTO at the CapitalNot Fragile (1974) had two hits, "You 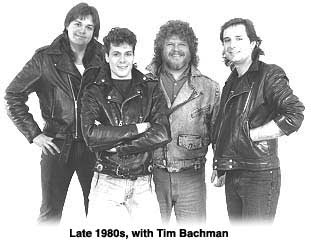 Ain't Seen Nothin' Yet" and [Let It] "Roll On Down The Highway"; the first was propelled to radio by stuttering "n-n-n-othin'." Then came 'Head On' with its foldout poster and excellent songs.
Finally, the last "original" BTO album, 'Freeways', was released, with only one heavy-guitar-crunch tune, from Fred Turner, which was more reminiscent of Brave Belt than recent BTO. All the other tunes were written by Randy Bachman, reportedly because the other members of the band did not feel they had any songs good enough for recording; and all but Freeways were sung by Randy Bachman; C.F. Turner refused to have his photo taken head on for the cover. Their style was starting to dissipate, with the heavy sound of Fred Turner fading and the more country-rock side of Randy Bachman showing (this side was very evident in his solo 'Survivor' and nearly absent from his later solos 'Any Road and Merge').
In 1977, the Japan Tour alb 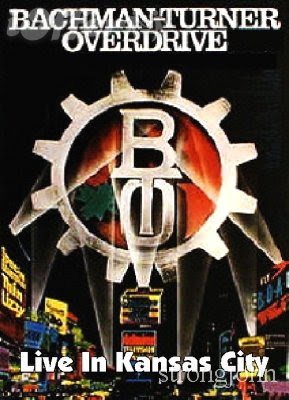 um was released; a German version was available by special order in the US (1982), but it remains rare. Lacking in the sophistication of the studio albums, it had only one new song (Slow Down Boogie) and may not be worth the effort of tracking down.
In the same year, after some artistic disputes around Freeways and his control over pushing albums out, Randy Bachman left and formed Ironhorse. The band changed its name to BTO in 1978, under the impression that Randy Bachman owned the rights to the full name. Robbie Bachman, formerly the youngest member, was in charge, and Jim Clench was added to replace Randy Bachman (as Blair Thornton had replaced Tim Bachman some time before). Two records were released, neither successful and neither easily recognizable as BTO efforts: 'Rock n Roll Nights' and 'Street Action' (which had two long bluesy tunes possibly reflecting the band's reaction to their current straits). Both Jim Clench and Fred Turner sang lead. Rock n Roll Nights had a number of outside writers; Fred Turner's only song, "Heartaches", was interesting in its use of three different musical styles in alternation. The last track, "Amerlia Earhart", was later re-recorded by a different band, in 1982, with different words and identical music and, I suspect, no royalties. 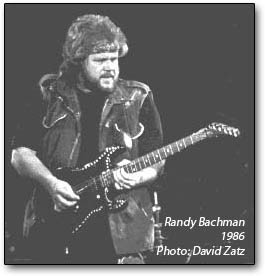 The 1983 reunion included Gary Peterson from the Guess Who as a replacement for Rob Bachman, and Tim Bachman rather than Blair Thornton. They released a rather good, self-named studio record and two live recordings; Gary Peterson's drumming took some getting used to, but adds to the sound. The band toured as an opening act for the then-in-vogue Van Halen.
The members of the band dropped out except for Tim Bachman, who remained as manager and performer, with three younger musicians. While they were touring, the sorta-original lineup (with Blair Thornton) came back and played with Ringo Starr's tour. The new/old band lasted from 1988 through 1991, with no new recordings; without Randy Bachman (replaced by Randy Murray), they continued to tour, and are still playing now and then, and cranked out a new studio album, not widely available 'Trial by Fire' with five new songs and ten re-done classics.
They played good music in their comeback. They had energy, they had great new songs, they had no publicity and they just couldn't do it on their own. Times had changed. Simply touring and being good weren't enough without commercial backing and bucks for the DJs. So they disappeared back into obscurity. 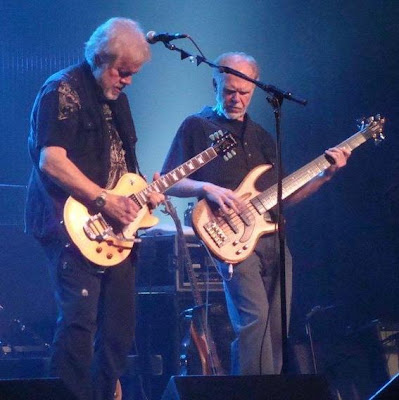 Randy Bachman did a couple of solo albums, leaving the band in 1991, but they never really got any airplay despite a video with Neil Young. At least they had a little fun and we got a little music. BTO was still playing in 1993 as Randy Murray, Fred Turner, Robin Bachman, and Blair Thornton.
Randy Bachman's new band, Ironhorse, produced two records, then changed its name to Union and added Fred Turner for their final record. While these are certainly worth getting, they are very, very hard to find.

Various versions of Bachman-Turner Overdrive, BTO, and the Randy Bachman Band have been touring on and off through to the 21st century, even as Randy cranked out an autobiography and a bunch of country and jazz songs. Most recently, Randy Bachman produced an album with Burton Cummings, as well as his Jazz Thing CDs. In 2008, Bachman was on tour alone, presumably doing his jazz thing. The other members of the band do not appear to be active. [extract from allpar.com]
. 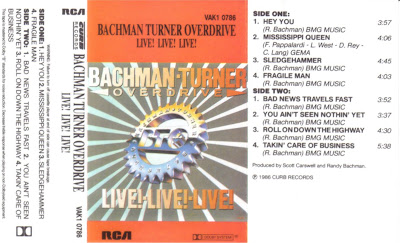 This post consists of a rip taken from my cassette tape copy - which plays the same as the day I bought it. I really like this Live Recording, and their take on "Mississippi Queen" is as good as Mountain's version. Full album artwork is also included and I have taken the liberty of including a couple of live BTO standards "Give It Time" and "Let It Ride" to strengthen the song selection for this release. If you liked BTO in the 70's then you are going to like their 80's reformation, especially as their live material matches anything they could produce in the studio.
.
Track Listing
01 - Hey You 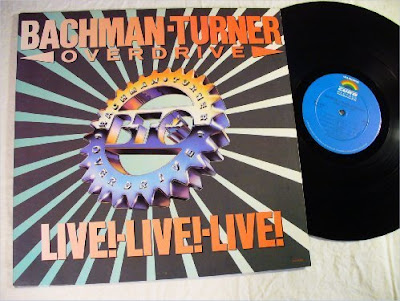