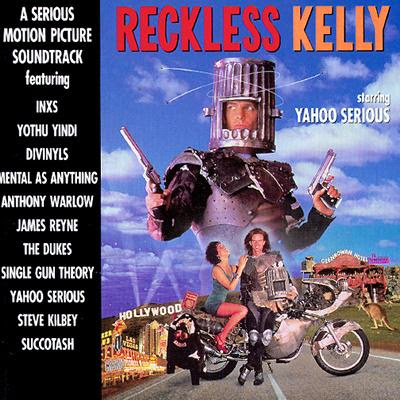 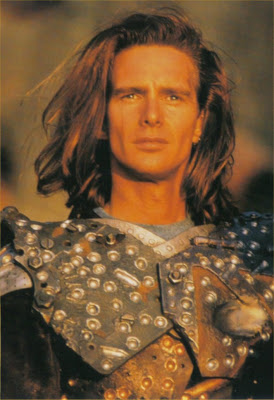 Matrix, Priscilla Queen of the Desert) hires English mercenary Wib (Alexei Sayle - Indiana Jones and the Last Crusade, Gorky Park) to rid Australia of Ned. Sir John devises a brilliant economic rationalist scheme to sell off Australia's most beautiful national park. He plans to tow the sacred Aboriginal island (the Kelly Gang's hideout) to Tokyo Bay in Japan and develop it as a wilderness tourist attraction.
Vulnerable to Hollywood's publicity machine, naive Ned reasons his pin-up girl 'The Hollywood Outlaw' (actually a transvestite) could help him rob American banks and buy back his island. Ned ventures from the 'honest' Outback to the funny-flakey-fabulous world of Hollywood. Accidentally becoming a straight-to-video-B-grade movie star, Ned Kelly is an instant box office hit as the Shakespeare-reciting, bible-bashing, gun-loving Christian Cowboy. With "the biggest goddamn gun in Hollywood", the Christian Cowboy cleans up the sins of Las Vegas and falls in love with a beautiful sex-crazed nun, Robin Banks (Melora Hardin).
As Sir John bankrupts Ned's Hollywood studio and takes over his wilderness island, Wib sends fame-crazed fan Ernie (Martin 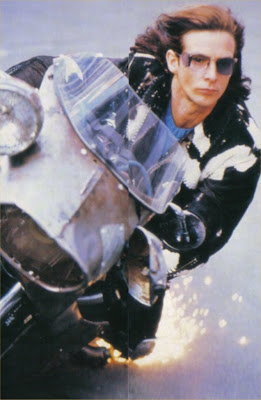 Ferrero - Jurassic Park) to kill Ned.
Serious satire explodes as Ned 'Reckless' Kelly realises "guns are not the solution to anything, they're the problem". Heavily armoured but foolishly unarmed and in the face of 10,000 bullets, Ned must make his historic last stand at the 'Glenrowan Hotel and Video Rental'.
Can a gunless hero save his family's wilderness home, the girl he desires and the video store he loves? Yahoo gets into serious action in this Reckless Australian comedy about a nation's hero who unfortunately becomes a Hollywood movie star [extract from official yahoo serious website ]
.
As mentioned in my Young Einsten post, this was Yahoo's follow up movie and I consider them to be very much a pigeon pair. So, although this album was never released on vinyl, I'm still posting this soundtrack as it contains some great Aussie Rock and the CD is no longer available.
There are some well known Australian artists here: INXS, Divinyls, Mental As Anything, Steve Kilbey, James Reyne and our very own indigenous band Yothu Yindi. However, it is the inclusion of some unknown bands from Sydney: The Dukes (featuring Sean Kelly and Geoffrey Stapleton), Single Gun Theory and Succotash which weakens this soundtrack somewhat.
Why didn't Yahoo use the Party Boys rendition of "I Fought The Law"? - a much more powerful take to The Dukes version in my opinion.
.

.
I really like the Divinyl's version of "Wild Thing" and their promotional video clip used for the single release, which features some great motorcycle excerpts from the movie. Likewise, INX's cover of "Born To Be Wild" starts off the album with all barrels firing and was also released on a Maxi Single CD called 'Please (You Got That)' 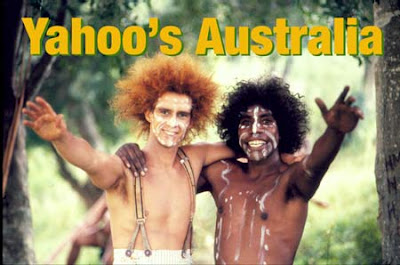