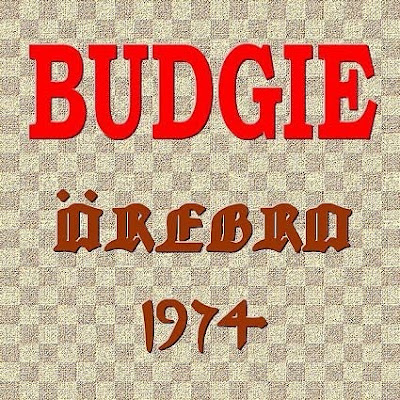 .With a similar sound to their Midland counterparts, Black Sabbath, Budgie recorded most of their albums at the Monmouth Studio. The following extract looks at Budgies big break when they had an audition at Rockfield with Sabbath producer Rodger Bain. After two years of gigging, and writing songs, the Budgie's big break was just around the corner.
One day in 1969 when they visited their agent to pay her, she told them about an audition taking place at Rockfield Studios - just down the road from Cardiff in Monmouth. A producer there, Rodger Bain, was looking to sign a rock band and was auditioning a few acts from across the UK. Singer and bass player Burke Shelley laughs, though, when he remembers the agent’s warning to them as they l 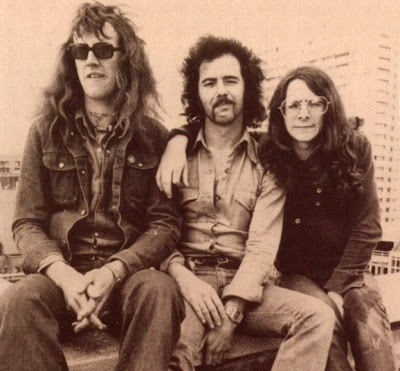 eft her office that day. ‘Our agent, Mrs England, I think her was name, took on a very stern face and told us, “Don’t you dare play any of your own stuff !” He giggles at the memory. ‘You’ve got to laugh, haven’t you? We were playing a few well known tunes by other bands to get gigs, but half our set was our own material and although she warned us not to play that stuff - and I’d reassured her that we wouldn’t - as soon as we got outside I said to the guys “Forget that. We’re doing our own songs” and it worked.’ The band, armed with songs like "All Night Petrol", "Guts" and "Rape of The Locks", impressed the veteran music producer. He told them he was keen to sign them, despite the fact he’d already given a contract to one other budding young band. The group in question was Black Sabbath, a band that Budgie would frequently be compared to over the coming years.
Before that deal could happen, the band had to play another audition in Lo 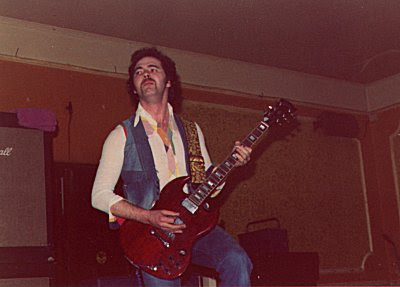 ndon for representatives from some of the major record companies. Ray Phillips was baffled that they didn’t hold the second audition at Rockfield, but instead at a small recording studio in London. ‘As we set up our equipment, we noticed two guys there. One was from a company called Bell Records and the other was called, David Howells, from MCA Records. I’d always thought that if a record company heard us play, then they’d sign us straight away. Dave Howells was Welsh as well. He was Merthyr born and bred, so we had an affinity with each other. Anyway he loved us and we signed a major deal with MCA records just a few weeks later. I was quite proud of the fact that Budgie had only been playing for 4 or 5 years, before we signed a major worldwide deal. That was fast work, because most guys had been in bands for 10 years before they 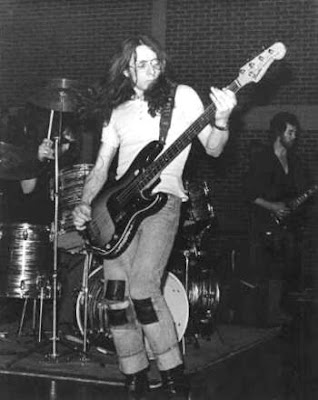 got a deal. But we’d practiced and rehearsed non-stop. We wanted to be the best.’ And they were !
.
This concert was recorded at the Örebro Concert Hall, in Örebro, Sweden on September 12th, 1974.
The lineup consists of new drummer Pete Boot and the inclusion of a lengthy drum solo is probably an indication that Boot was a novelty at the time - but I'm sure this wore off pretty quickly as it is way too long. The track listing also indicates that the band was probably still testing out some of its new material from their up and coming album 'In For The Kill'.
The recording, although good for the era in which it was recorded, doesn't really do Shelley's vocals any real justice and his voice is lost somewhere in amongst a second rate PA system. What does make up for this short coming are Bourge's amazing guitar licks and ability to play rhythm at the same time. One disappointment is an annoying 5 second dropout in the middle of "Zoom Club". It is hard to know whether the taper actually stopped his tape on purpose (perhaps to flip the tape over) or whether there was a fault with the equipment. And the recording quality definitely improves throughout the concert.
The rip was taken from tape at 320kps and includes full album artwork. Some select photos of Budgie from the mid 70's are also included. 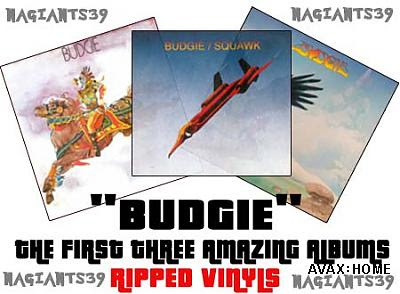