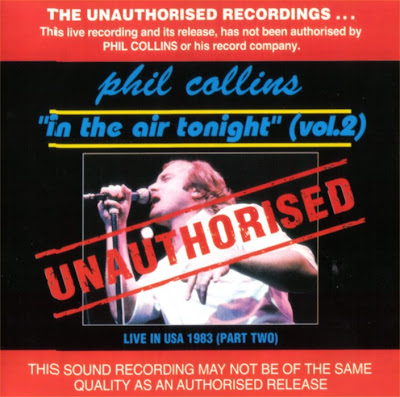 Phil Collins is an English singer-songwriter, drummer, keyboardist and actor best known as a drummer and vocalist for English progressive rock group Genesis and as a solo artist.
Collins sang the lead vocals on eight American chart-toppers between 1984 and 1989; seven as a solo artist and one with Genesis. His singles, often dealing with lost love, ranged from the drum-heavy "In the Air Tonight", to the dance pop of "Sussudio", to the political statements of his most successful song, "Another Day in Paradise".
His international popularity transformed Genesis from a progressive rock group to a regular on the pop charts and an early MTV mainstay.
Collins' professional career began as a drummer, first with obscure rock group Flaming Youth and then more famously with Genesis. In Genesis, Collins originally supplied backing vocals for fron 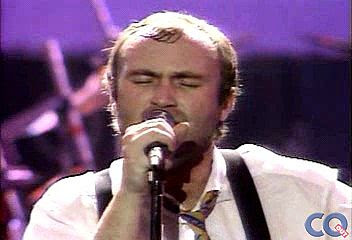 t man Peter Gabriel, singing lead on only two songs: "For Absent Friends" from 1971's Nursery Rhyme album and "More Fool Me" from Selling England by the Pound, which was released in 1973. On Gabriel's departure in 1975, Collins became the group's lead singer. As the decade closed, Genesis' first international hit, "Follow You, Follow Me", demonstrated a drastic change from the band's early years.
His concurrent solo career, heavily influenced by his personal life, brought both him and Genesis commercial success. According to Atlantic Records, Collins' total worldwide sales as a solo artist, as of 2002, were 150 million. He has won seven Grammy Awards, an Academy Award, and two Golden Globes for his solo work.
. 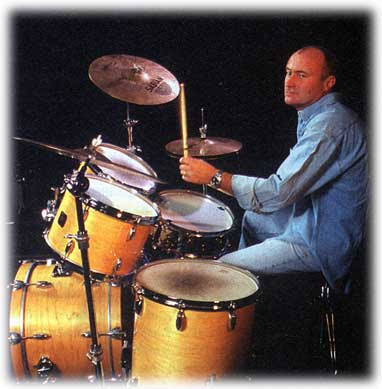 Phil Collins stars in this live performance, recorded in California, USA in 1983 (venue unknown). Just to show how captivating his music is, I can still remember driving to my first job in 1983 and playing his first 2 solo albums in my car on my trusty tape deck - I haven't stopped listening to Collin's music since.
On his studio releases, his music is rocking, with his amazing drum and percussion ability, and his brilliant vocals. Live, Phil Collins' music is even better and that is what you get on this bootleg, the recording is excellent for a bootleg - definitely a soundboard recording.
If you're not into the loud drums and noisy live music there are still a couple of subtle tracks to keep you happy, along with the great tracks such as 'In The Air Tonight'.
Part 2 of the concert includes two of my favourite Phil Collins tracks, 'You Can't Hurry Love' and 'In The Air Tonight' which you have probably heard and I can guarantee are great renditions on this live bootleg. Other treats and highlights from the concert are the lengthy 'mostly instrumental' tracks "The West Side" and "Hand To 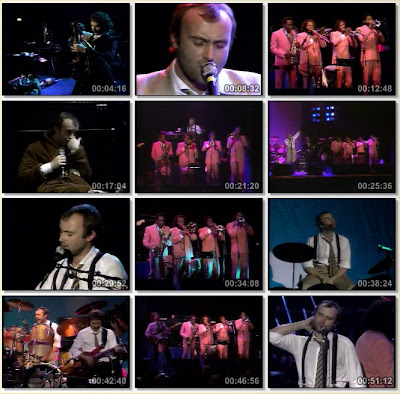 Hand"
The only anomaly with this bootleg is the last track "Doesn't Anybody Stay Together Anymore", which is not listed on the 'Live In USA 1983' release of this concert (see Suppers By The Sea) from which this bootleg was probably lifted.
The track certainly sounds like it belongs (and sounds very much like an encore), starting with Collins telling the audience that 'they don't know anymore songs' and therefore implying that it would be their last for the night!
The remaining track listing matches the boot "Live in USA" and the recording date is the same, so I can only conclude that they are one and the same thing. I haven't been able to acquire Vol.1 of this Unauthorised release, but an eBay copy's 'track listing' of Vol.1 matches the first half of the 'Live In USA 1983' concert also.
The rip was taken from CD at 320kps and full album artwork is included, along with the front cover for the original 'Live In USA' release (see below). The sound quality of this bootleg is excellent.
.
Track Listing
01 - Band Intros
02 - The West Side
03 - In The Air Tonight 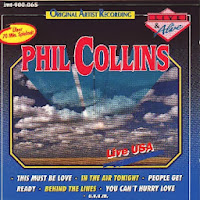