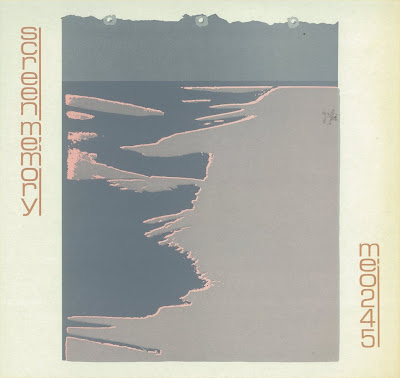 This Synth driven power pop outfit MEO 245 flew the new wave flag for Tasmania on the Australian music scene in the late 70s/early 80s.
They played their formative years whilst still in high school, at that time going by the moniker Guided Tour. At that stage the line-up included Chris Ball (vocals), Paul Brickhill (keyboards / vocals), Paul Northam (guitar/vocals), Mick Wilson (bass) and Campbell Laird (drums), playing a mix of covers from the songbooks of Led Zeppelin and Uriah Heep. After graduating the band decided to try their luck in the ‘big smoke’, relocating to Melbourne in February 1979, as MEO 245.
The band’s new name referenced the catalogue number from an obscure French pressing of a Beatles’ EP released by Odeon records. 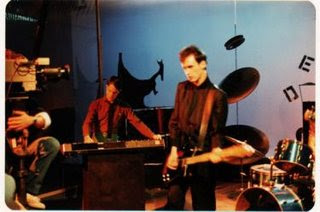 MEO 245 began writing and performing their own music on the local pub/club circuit, their early style influenced by the likes of Bowie, Yes and Roxy Music, with a bit of Zeppelin thrown in. Vocalist Chris Ball returned home to Tasmania within a year, leaving the band to carry on as a quartet. During the same period Mark Kellett replaced Mick Wilson on bass.
MEO 245 were signed to Mushroom Records and issued their debut single ‘Lady Love’ in October 1980. The song was your typical melodic synth laden pop song, not a million miles away from the likes of Machinations and Dear Enemy in ensuing years. Paul Northam’s vocals remind me a bit of Dave Mason from The Reels. 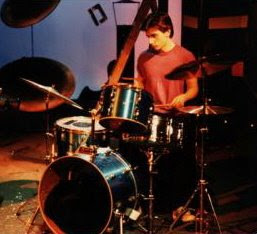 The band scored an appearance on Countdown, boosting the profile of the song immeasurably, though it still only hit a moderate chart position in Australia of #43 in early 1981. Interestingly, in attempting to track down details of the Beatles French EP release, I came across a website that lists the week to week top 10 songs in France by measure of airplay popularity. For a period of several weeks during mid ‘82, "Lady Love" is listed as high as #2, though I’ve not uncovered any details as to sales figures in France.
"Lady Love" really is a great song and has a terrific 'hook riff' that should have made this a major hit world wide.
On Christmas Eve 1980, MEO 245 performed a show at Storey Hall RMIT in Melbourne, with the show recorded and broadcast by Melbourne radio station 3RRR. I plan to post this show in the near future if there is interest, so leave a comment if you're interested. 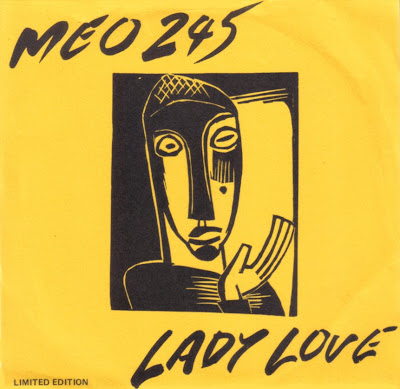 MEO 245 followed up "Lady Love" with the stand alone single "Marching Feet", which is a great track, and "Jewels", though both missed the charts.
MEO 245’s debut album ‘Screen Memory’ followed soon after. The album title is a term taken from the textbook ‘A Critical Dictionary Of Psychoanalysis’. The whole Bowie influence rang throughout the album (similar to Flowers / Icehouse), with the stimulus of Joy Division and XTC also evident. ‘Screen Memory’ peaked at #69 in late 1981, with another single "Other Places" (#44) almost matching the performance of "Lady Love".
During April/May ‘82 MEO 245 recorded the 12" Mini LP ‘Rites Of Passage’, which featured the singles "Sin City" and "Summer Girl". Unfortunately, this LP was a complete disappointment in my opinion and fell well short of their debut album. 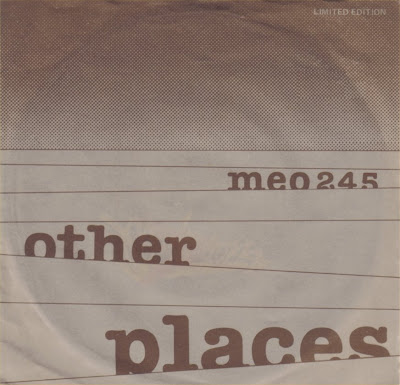 Immediately following the release of ‘Rites Of Passage’ bassist Kellett took a passage to leave the group, replaced by Anthony Moore. Moore’s tenure with the band would be short, as during January ‘83 key member Paul Brickhill left MEO 245 to join The Little Heroes. Soon after MEO 245’s number was up, and the band called it quits.
Keyboardist Paul Brickhill played with The Little Heroes on that group’s final album ‘Watch The World’. Drummer Campbell Laird joined Soldiers Of Fortune, whilst guitarist Paul Northam later played with Luxury Device. Circa 1997 drummer Campbell Laird was living in New York and working as a freelance cartoonist/illustrator. Paul Brickhill (keyboards) was head of the Australian Ballet School, Paul Northam (vocals/guitar) was running a Melbourne based screen printing business, and Mark Kellet (bass) was a carpenter.
In 1998 Mushroom Records repackaged and re-released ‘Screen Memory’ on CD, and the band reformed to perform at the Mushroom Evolution Concert (25th Anniversary).
. 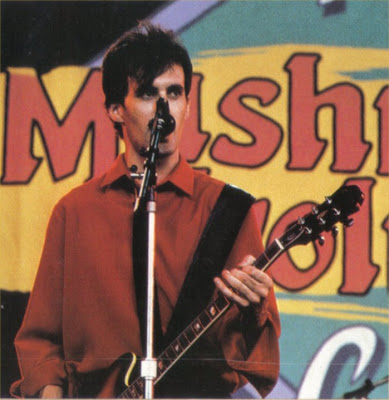 This post is a mixture of CD and Vinyl rips, all done in FLAC format. I have included full artwork for both CD and LP releases and altered track listing accordingly for my bonus tracks. I have substituted the 'Rite of Passage' tracks (previously included in the CD release) with what I consider to be a better selection of tracks taken from non-album singles and live recordings. I have also included full scans of single covers and labels for the 'true collectors'. One thing that stands out with this album is the record label itself. Unlike the usual Mushroom label, Mushroom records released this album with a totally different look (see below)
I really liked MEO 245 in the 70'80's and saw them play on several occasions at La Trobe Uni and a nightclub in Preston, whose name escapes me at the moment. Perhaps if I had a better 'Screen Memory' I could remember LOL !

REPOST:  At the request of a blog follower, I'm adding a FLAC rip, taken from my vinyl album, along with the bonus tracks which are also from vinyl. Nice fresh copies folks 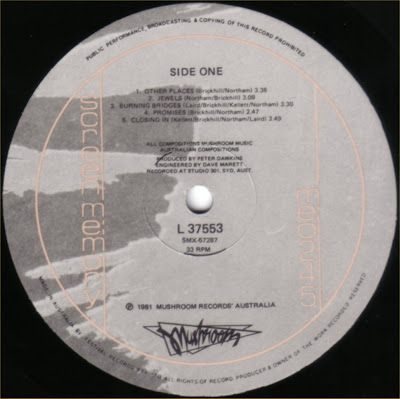 Posted by AussieRock at 6:00 PM