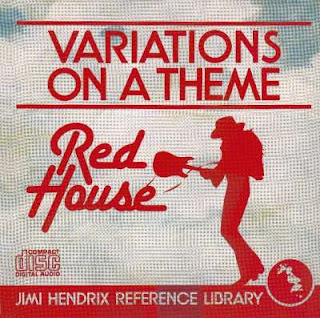 "Red House" is a blues song, written by famed guitarist Jimi Hendrix and originally recorded by The Jimi Hendrix Experience.
There are two different takes of this song: the original version (mono) that appeared on the UK issue of Are You Experienced?, and the alternate version (stereo) featured on the 1969 USA Smash Hits compilation on which bass player Noel Redding plays electric guitar tuned down to resemble a bass guitar. Despite Hendrix's complaints, the song was omitted from the USA issue of Are You Experienced because the recording company reportedly argued that "America does not like blues".
The original mono take became available in the USA & Canada when it was released (minus the chat at the end) on the posthumous Blues album. The alternate stereo take (3:50) recorded around the same time (included in this compilation), was unavailable outside of USA & Canada until the Kiss The Sky CD compilation. The Blues album also features a live studio jam version - onto which Hendrix's introduction from a different jam has been dubbed - "Electric Church Red House". This was recorded by Jimi at TTG Studios in LA on 10/29/68 with Buddy Miles on drums and featuring Lee Michaels playing Hammond organ. This version is included in this compilation bootleg. For a full description of the 3 studio versions, see Vagabond's World 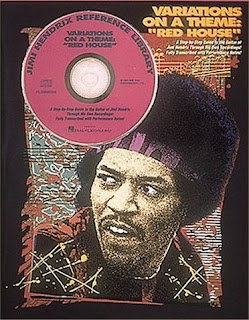 While playing Red House at Woodstock, Hendrix snapped his high E-string in the middle of the performance and kept playing the second half of the song with just five strings. "Long" versions of the song like the Woodstock rendition are generally about 6–10 minutes. One of the longest live versions of the song is a nearly thirteen-minute long version on 5/24/69 at the San Diego Sports Arena, which is found on Hendrix in the West, a live album sampling four different shows.

"Red House" was inspired by Hendrix's first love Betty Jean Morgan and the New York apartment where Hendrix first met Keith Richard's then-girlfriend Linda Keith.
The song has been covered by many other blues musicians, and is widely regarded as a blues standard to be judged by. [extract from wikipedia]

.The posting was ripped from CD at 320kps. Limited artwork is supplied. 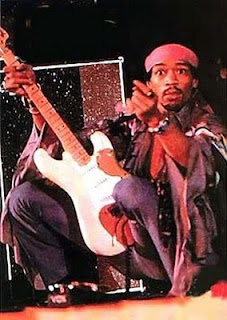 Posted by AussieRock at 7:36 PM