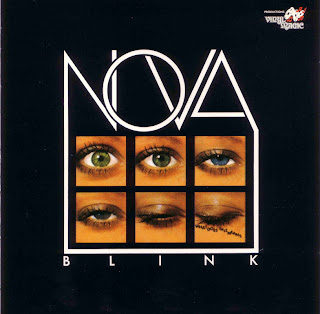 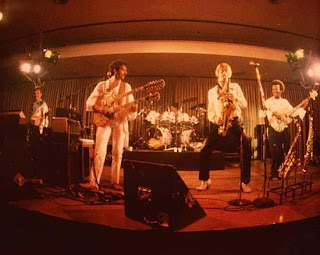 'Blink', their first LP, is not as polished as the others but still offers lengthy jams with sumptuous guitar/sax dialogues. All four albums were released by Arista (a non-Italian label) of which only 'Blink', is available on CD. Danilo Rustici left after the first album (to reform Osanna), and Renato Rosset joined Nova in his place. [extract from Nova's MySpace page]
.
Review
A logical precursor to Brand X, Nova is an Italian fusion band that features the mind-numbing bass and drum interplay similar to that of Brand X, but follows through with guitar, sax and vocals as well. Vocals are in English, and unlike many Italian bands that use English vocals, the singing does not detract from the overall quality of the music. After listening a few times, I realized that Nova has four lead instruments: The guitars, sax, bass and drums all play lead-styled lines, at the same time, for the most part. 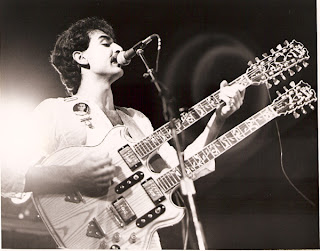 The overall product is a very complex jam with occasional vocals. Any fan of Brand X, Mahavishna Orchestra or Return to Forever will find this interesting listening.
I reckon it is fantastic - another long lost Italian classic. The point that everyone misses with Nova is that 'Blink' is a completely amazing album full of technical complexities on the level of Zappa's best. They recorded three more albums, but 'Blink' stands on its own. 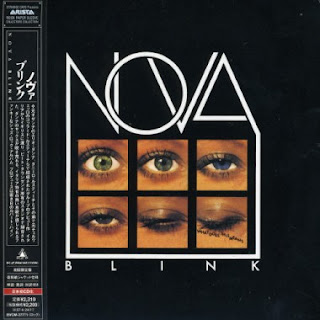