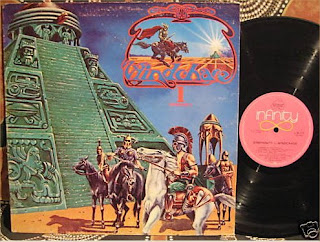 Windchase was created in the mid-seventies by Mario Millo (guitars, vocals), and Toivo Pilt (keyboards), former members of the famous Australian band Sebastian Hardie, one of the most talented Australian bands of the seventies, and one of the rare progressive ones (both albums, "Four moments" (1975) and "Windchase" (1976).
After the dissolution of Sebastian Hardie, Mario Millo and Toivo Pilt formed the group Windchase and released the album "Symphinity in 1977, with symphonic-melodic style, characteristic of Millo and Pilt. Subsequently, the guitarist and main songwriter Mario Millo, continued a solo career and released his first studio album Epic III in 1979 and 1983 released a second album "Human Games". After his involvement with Sebastian Hardie and Windchase, Mario Millo focused mainly on the composition of soundtracks for several Australian movies and TV series (his most successful being 'Against The Wind' which stared singer and actor Jon English).
Symphinity contains beautiful lyrical melodies, in the vein with that of '70s progressive rock/jazz band Camel.
The band released only the album “Symphinity”, but

it’s a very solid and enjoyable work of typical 70’s symphonic progressive rock. Beautiful lyrical melodies, musical emphasis, lyrical guitars and keyboards, mix of sung and instrumental sequences, positive lyrics… Sound here is a blend of soft art & symphonic rock with agreeable pop-rock tunes, being the first seriously influenced by the likes of Yes or Camel with some Pink Floyd touches and the second much in the lines of Beatles or ELO.The album opens with the atmospheric piano tones of “Forward We Ride” that glides into the excellent “Horsemen to Symphinity”. The sound is clearly a bit late 70’s here, but not bad at all. Toivo uses his synths in a floating and very symphonic way. The charming and cheerful “Glad to be Alive” features real strings and an irresistible chorus. The instrumental “Gypsy” has the strong melodic themes that the last Sebastian Hardie album seemed to miss sometimes, and stands actually as 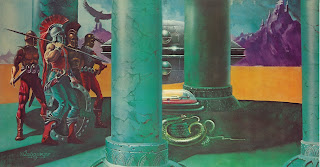 one of my favourites here. “No Scruples” is just as typical symphonic progressive rock as it possibly can get, sounding a lot like Yes's Relayer album - complex and grandiose with numerous Moog/guitar solos and juicy Hammond riffs. “Lamb’s Fry” opens with the sounds of a frying pan, and is essentially a long and energetic jam where Millo and Toivo duels from start to finish. The short, acoustic instrumental “Non Siamo Perfetti” combines the melody of “Rosanna” from Sebastian Hardie’s debut with one of the themes from “Windchase”. The closing track (on the LP release) “Flight Call” is slightly more lightweight than most of the album, but still quite nice and enjoyable. The final track (on the CD release) is a bonus track, recorded live in 1998, but it hardly adds any value to the original studio version.
Lovers of Focus and Seventies Camel will like this album, no doubt about that; and of course Sebastian Hardie 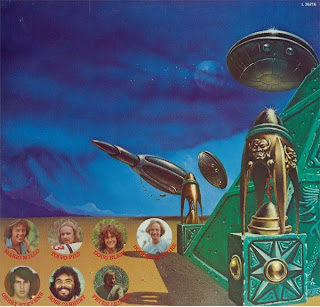