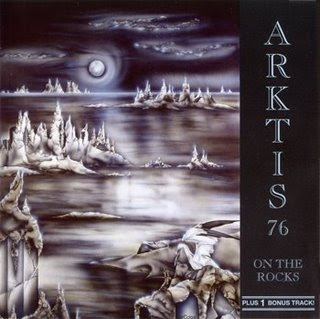 Arktis was formed in March 1973 by Karin Toppig on vocals, Klaus Blachut on guitar, Klaus Gollner on bass and Harry Kottek on drums. They came from the area of Bonn devoting themselves to progressive rock. In March 1974, Arktis independently released their self-titled debut in a vinyl edition of 300 copies. In 1975 their second album "Arktis Tapes" was released in a limited edition of 1000 copies. Meanwhile both albums have been rereleased on CD, in 1993 and 1994 respectively and both highlight bonus tracks not available on the LP versions.
Due to internal differences, Blachut and Gollner split from Arktis in 1975 and went off to study at a university in the south of Germany. Kottek and Toppig decided to continue with new personnel they found in Manni Dick on guitar, Alex Maurer on keyboards and Bernd Kolf on bass. As a result the third Arktis album "On The Rocks" was released in 1976, independently again and a very limited edition of 250 copies (produced by Conny Plank).
.

A Hammond organ was added to all songs on this album. They took alot more time in the studio than their two previous albums and this is clearly apparent by the album's song compact structures. Their psychedelic and underground feeling was influenced by their new guitarist Manni whose idols were Cream and Hendrix. 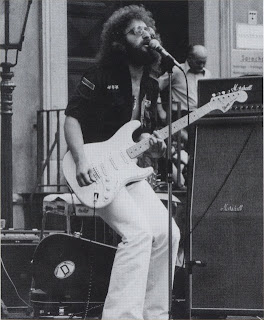 A pounding rhythm section, swirling keyboards, powerful, understated female vocals (in English) and some truly great electric guitar make this an album that I listen to on a regular basis. The 20 minute long "Loneliness" is a highlight. Well, maybe "Dangerous Love". Actually, the whole album is terrific!
Arktis's "On the Rocks" is an album which with you can easily imagine knights fighting on the landscape drawn on the cover while listening to the music. It's a pity they only made a few albums. Very enjoyable and accessible album. To all Kraut and progressive rock lovers!"
.
It is enchanting 70s' progressive rock from Germany. Although featuring simple melodies and not hard progressive rock with complex arrangements, such as, say, Rush, Arktis' sound is interesting for two reasons.
The first reason is that their powerful guitar playing 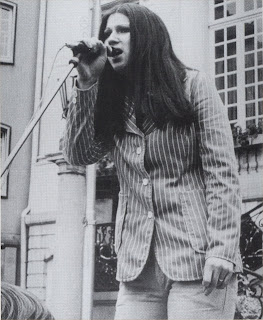 sounds Jane like for a mid 70s band and catches the attention at once. The second reason is that the voice of Karin is both very powerful and enchanting and sounds androgynous, which give the tracks a feel of fairy-tales. The highlight here is 'Please Call Me' with its catchy tune and lyrics and 'Loneliness', a beautiful powerful epic lasting 20 minutes. The tune is both heavy blues and melancholic passages in the vein of Pink Floyd. The doomy bonus track Y.T.T is reminiscent of Black Sabbath and complements the rest of the album's tracks.
.
Rip was taken from CD at 320kps and includes full album artwork and lyrics, along with choice photos of the band. This album should not be missed - you won't be disappointed.
.
Track Listing
01. Dangerous Love (4:31)
02. Since You've Been Gone (5:35)
03. Never Come Back (5:00)
04. Please, Call Me (5:26)
05. Loneliness (20:01)
06. Y.T.T. (Bonus Track 5:57)
.
Band Members:
Karin Toppig (vocals)
Harry Kottek (drums)
Manni Dick (guitar)
Axel Maurer (keyboards)
Bernd Kolf (bass)