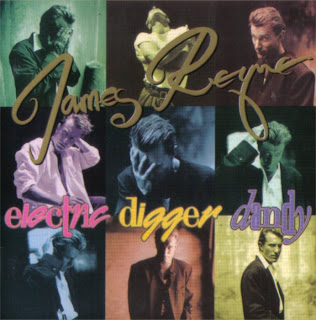 Born in Lagos, Nigeria to an Australian mother and an English father, James' family migrated to Australia in the early 60's,settling in Victoria's Mornington Peninsula area. Leaving law school to study drama at the Victorian College of the Arts, James' musical career initially took hold in the early 80's when he and some friends formed the band Australian Crawl.
With his prolific song writing and unique vocal style, James Reyne led Australian Crawl to the top of the Australian music scene.The band's popularity skyrocketed with all of their albums achieving top 5 status, winning numerous band, music and video awards, while James won accolade's for the best male vocalist for 3 consecutive years. He also won acclaim as a songwriter - the song "Reckless" earning him a place in the league of homegrown greats.
Australian Crawl achieved a success that assured them a place in Australian music history.
After the band split in 1986, James spent some time in the 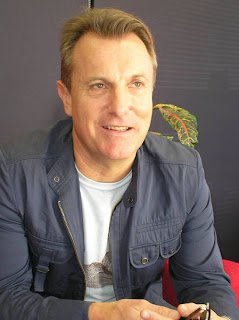 United States and Europe, returning to Australia in 1988.
His first self-titled solo album went triple platinum and included three top 10 singles. In the following years James released two more solo albums, 'Hard Reyne' and 'Electric Digger Dandy', which effortlessly mirrored the success of the first.
Being somewhat beguiled by the experience of working in an ensemble, James joined country music star James Blundell and recorded the classic Dingoes song "Way Out West" which exploded into the number 1 position on the Australian charts.
He next joined close friend Daryl Braithwaite, Jef Scott and Simon Hussey on the unique and very successful album 'The Company Of Stranger', from which four top 10 singles were drawn.
In 1999, James recorded and released the CD 'Design For Living' with friends and brothers Scott and Brett Kingman.

Arguably the most critically applauded album of his career, it further cemented his position as a unique, witty, thoughtful and challenging songwriter and singer.
Throughout his career James has appeared in several and varied theatrical, film and television productions and concert events,the more visible of these including "Return To Eden", "Tina; What's Love Got To Do With It?", television drama "State Coroner"and "The Little Shop Of Horrors". 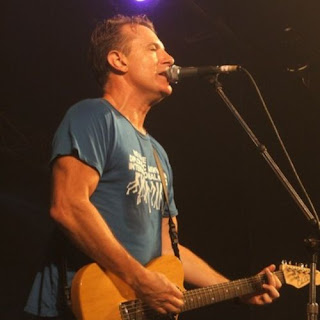 2004 saw the completion of "Speedboats For Breakfast", released on Liberation Records followed in 2005 with the special Liberation Blue acoustic series CD …'And The Horse You Rode In On' which allowed James to revisit many of the above titles with little more than a lone acoustic guitar underpinning the most distinctive voice of his generation.
James toured Australia during 2005 – 2006, all the while writing and recording.

2007 saw the release of James next solo album 'Every man A King' which closed a 30-year circle since he first led Australian Crawl into the front line of the Oz rock boom. His eye and pen grew sharper through a platinum-lined solo career, but never have his wit and poignancy been on more consistently solid musical ground than they are here, on his eighth solo album.
A second acoustic album, titled 'Ghost Ships', was released early October, 2007, taking Reyne's releases to four albums in four years - his most prolific period in recent times. In December 2007 his first live DVD - James Reyne 'One Night in Melbourne', was released. 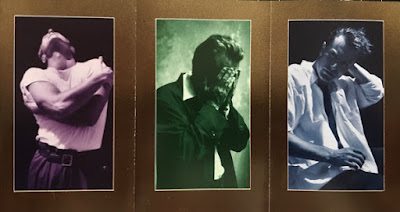 In April 2010, James released, "TCB" (short for Taking Care of Business), a collection of Elvis Presley covers, including "Viva Las Vegas", "Return To Sender" and "Burning Love". The album debuted at number 32 on the ARIA Albums chart. James also appeared on "Hey Hey It's Saturday" and Channel 9's NRL "The Footy Show" in the week of 19 April 2010. [Extract from James Reyne's Website]
. 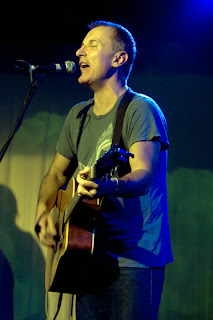 Electric Digger Dandy was the third solo album by James Reyne released in 1991. The title of the American release was 'Any Day Above Ground', but the album was not officially released in the United Kingdom and only available via import. The album saw James Reyne's return to a more electric sound. It features the singles "Slave" and "Any Day Above Ground", which have both become concert staples. It also features a new, acoustic rendition of the Australian Crawl song "Reckless." The album was produced by keyboardist Simon Hussey, who also co-wrote two tracks.
The rip provided here was taken from my CD at 320kps and includes full album artwork. I have also included an extra treat - a great live recording of his Australian Crawl hit 'The Boys Light Up' which was recorded in Rio in 1996 (ripped from a YouTube video clip)
. 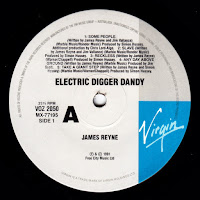 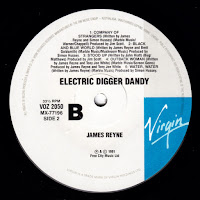