Before things get too serious at Rock On Vinyl, I thought it might be fun to post a song at the end of each month, that could be considered to be either Weird, Obscure, Crazy or just plain Korny.
. 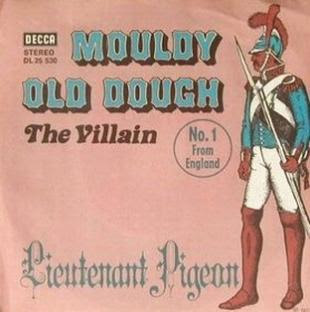 I remember hearing this track on a K-Tel album that I bought back in the 70's, and my mum just loved it. Personally, I couldn't see what all the fuss was about - and was more interested in some of the more 'conservative' rock tracks on the album. In fact, I thought the song was quite Korny with it's 'Sea Shanty' one liner 'Mouldy Old Dough'; but over the years I have heard it played on the radio every now and then and because it brought back some fond memories, I thought it deserved a spot as a WOCK on Vinyl post.
.
Lieutenant Pigeon was a British musical group popular in the early 1970s. A spin-off from an experimental music band Stavely Makepeace, it was fronted by Rob Woodward. The group's sound was dominated by a heavy ragtime-style piano played by Woodward's mother, Hilda. 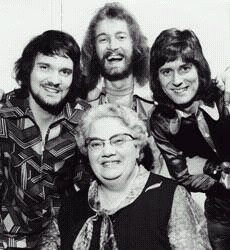 In 1972 "Mouldy Old Dough", their first hit, was #1 in Oz and top 10 in many other countries. In their UK homeland they had 2 singles in 1972 and then all but vanished from pop charts, They were more than just a one hit wonder in Oz as 3 of their album tracks were given 7" releases in various states.
In 1974, their next big Oz hit was a a revival of an old traditional song "I'll Take You Home Again, Kathleen" - an Irish aire from long ago. It went to position #3 in some capital cities in Oz and was #1 in many regional centres.