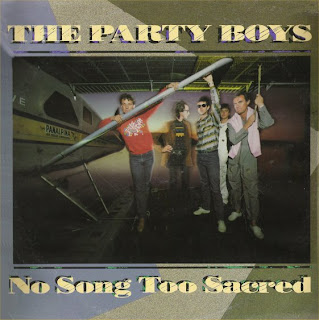 Ex-Mondo Rock member Paul Christie formed The Party Boys in 1982 as an occasional “super- group” consisting of some of Australia’s finest musicians. The concept was that Christie would employ players (all of whom had other commitments) when the need arose, and that the set they played would consist entirely of cover versions. By 1987, the band had released four live albums (and a Best Of collection), with Live At Several 21sts (1983) making the national Top 10. The band finally entered the recording studio in 1987 to put down a cover version of John Kongas’ 1971 hit He’s Gonna Step On You Again, which reached Number One.
Lead vocalists for the Party Boys have included some of Australia’s best known performers; Australian Crawl’s James Reyne (1982 – 1983), Richard Clapton (1983), Shirley Strachan (1983 – 1984), Marc Hunter (1984 – 1985), Angry Anderson (1986), John ‘Swanee’ Swan (1987) and Ross Wilson (1989). 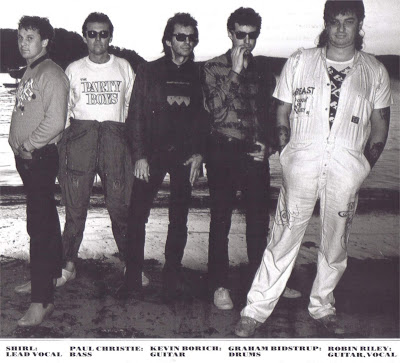 In late 1989, Christie put together a final recording lineup: Ross Wilson on vocals, Stuart Fraser on guitar (from Noiseworks), Rick Mellick on keyboards, Dorian West on bass, Adrian Cannon on drums, and Kevin Bennett and Alex Smith providing backing vocals. Wilson's original vocals on their next single, a cover of Manfred Mann's "Doo Wah Diddy Diddy," couldn't be used due to contractual reasons, and singer Vince Contarino, from Adelaide cover band the Zep Boys, re-recorded the vocals. Released in early 1990, it peaked at number 24. A final Party Boys single, Billy Preston's "That's the Way God Planned It," was released in September 1992. The Party Boys concept finally came to an end after 10 years with an Honor Board List of Musicians that exceeds any other band in Music History, coming from such bands as Status Quo, The Eagles, The Animals, The Angels, Sherbet, Skyhooks, Rose Tattoo, The Choirboys, Australian Crawl, Divinyls, Models, Dragon, Swanee, La De Das, GANGgajang, Rainbow, AC/DC and Noiseworks.
.
Christie went on to write a book about the music industry "The Rock Music Self Management Manual" and eventually became a band manager himself. [ Extracts from Australian Music History and Brendan Swift - All Music Guide ] 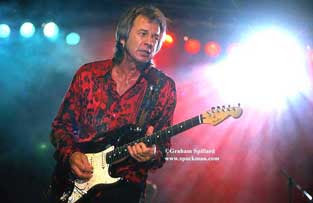 No Song Too Sacred was the third album by Australian rock band The Party Boys. It was recorded during a tour in 1984. The band's line-up on this release included the founding members Kevin Borich, Paul Christie and Graham Bidstrup along with former Skyhooks singer Shirley Strachan and Rose Tattoo/Jimmy Barnes guitarist Robin Riley. In keeping with the band's tradition, the album was recorded live and featured only covers of tracks by artists including the Rolling Stones, Led Zeppelin, Spencer Davis Group, Jimi Hendrix, The Who The Police and AC/DC. "Kashmir" was issued as a single but was not a hit.


My favourite tracks are the Zeppelin covers with Kevin pulling out all the stops with some very impressive guitar work and Shirley Strachan's vocals tearing apart the lyrics of Page & Plant.
Rip taken from Vinyl at 320kps (MP3) and FLAC format, and post also includes full album artwork and label scans. I have combined tracks 6 & 7 into one because there is no real break between the songs, one minute they're smashing out "Kashmir" and a second later they jump into "Immigrant Song".  Because this is a live recording, I therefore decided to leave this alone to maintain the authenticity of the show and present it as it was.
Note: I've put a hyperlink in for YouTube clip of The Party Boys playing "My Generation"  - no where near as wild as how the The Who played it,  but still a great rendition nevertheless.
. 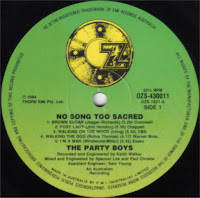 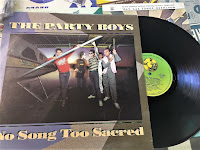