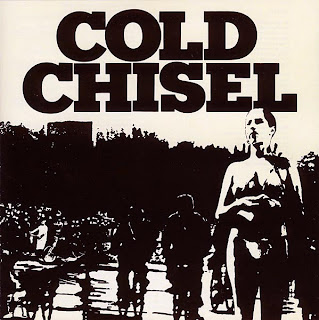 In 1973, a band called Orange was almost complete and needed a full-time lead singer. The band approached a man by the name of John Swan to fill the role, but he declined and suggested his younger brother of 16 years, Jimmy Barnes, be given an chance. Jimmy ended up joining the band which had by 1974 renamed itself Cold Chisel, and consisted of himself (lead vocals, guitar), Ian Moss (lead vocals, lead guitar), Don Walker (keyboards), Steve Prestwich (drums) and Phil Small (bass guitar). All band members were also songwriters, the most proficient being Don Walker. The band spent the next 4 years working the Australian pub circuit and trying to get a recording contract. After being given a hard time by the record companies, WEA finally gave them a chance after hearing a four song demo tape (that another record company rejected!) with a mystery song that never appeared on any Cold Chisel album, sung by Ian Moss...when a friend asked Don Walker about he barely remembered it..but confirmed the name..Also this is an entirely different version of four walls...different story..same melody but much heavier.....they are very raw. These demos are included as bonus tracks in this post.
.
. 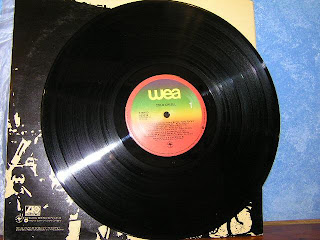 "What happened after this was that Cold Chisel produced one of the finest Oz rock albums of all time. It showcases the writing of Don Walker, who has a fine musical and lyrical sense, the wood-rasp voice of Jimmy Barnes and some fine flashes of guitar work from Ian Moss, perhaps one of the most expressive and hard-working guitarists currently playing in Oz." (Extract from 'Juke' magazine, June 1978).
By the time Aussie rockers Cold Chisel did their sold-out farewell shows at the Sydney Entertainment Centre in December of 1983, they had established themselves as one of the all-time legendary bands down under. But it was their debut album that lit the fuse in the days when the crowds were eager but thin. After migrating from their home town of Adelaide, South Australia, to the big smoke of Sydney in 1977, the Chisels gained a rep for slugging it out on the pub circuit with an ardor worthy of their illustrious forebears ACDC. But as Cold Chisel clearly illustrates, Chisel was a band married as much to melody as power. Pianist Don Walker's songwriting reflects an emotional depth and range rarely rivaled by other max-volume outfits.
. 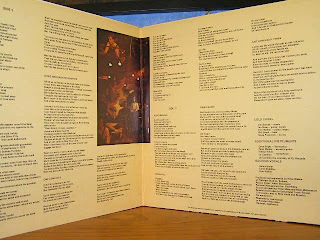 The Vietnam-vet song "Khe Sanh" became one of Aussie rock's most enduring anthems with its punchy piano line and everyman pathos. But full-throttle rockers like "Juliet," "Home and Broken Hearted," and "Daskarzine" — with Ian Moss' Page/Hendrix-tinted guitar histrionics blitzing away — packed all the clout pub fans could want. At the other end of the spectrum, gin-soaked ballads like "Rosaline" and "Just How Many Times" reveal the band's predilection for the occasional jazz/blues-inflected number. The lyrical imagery, the mix of musical finesse and freneticism, and Barnes' razor-wire vocals all came together in perfect synergy on this stunning debut album. At once polished and raw, this is a classic. (Extract Adrian Zupp, allmusic.com)
The well established Australian blues rock outfit, Cold Chisel got 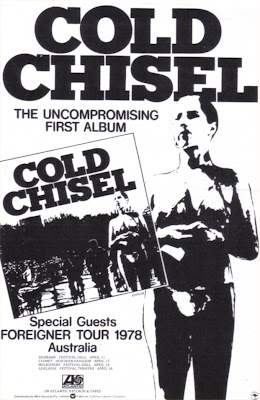 off to a good start with this debut album, over thirty years ago. Cold chisel played some great jazz blues rock. Although they were not well known outside the Australasian region, the band's musicianship and songwriting was of a very high standard, and deserved a bigger audience.

Sorry, but as of 22-07-2011 this album is now available again, along with reissues of the whole Cold Chisel catalog from the following distributor (Please support the artist)