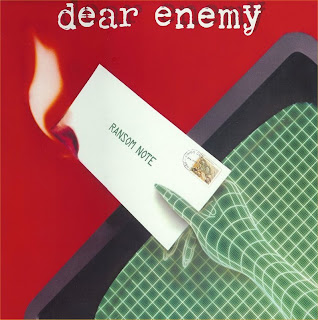 Taking their name from a reference to the Ginger Meggs comic strip, Melbourne band Dear Enemy formed ranks in 1982. Their original lineup comprised vocalist Ron Martini, guitarists Chris Langford and Les Barker, keyboardist Martin Fisher (ex-Little Heroes), bassist Peter Leslie (ex-Little Heroes) and drummer Ian Morrison. Prior to taking the name Dear Enemy, they had played together as a covers band called Stonewall.The band picked up a strong following on the live circuit and in 1983 signed a recording contract with the American label EMI/Capitol - a rare feat for any Australian act. They recorded their debut album ‘Ransom Note’ in the U.S. under the guidance of producer Peter McIan who had produced Men At Work and Mondo Rock. The impressive album generated
. 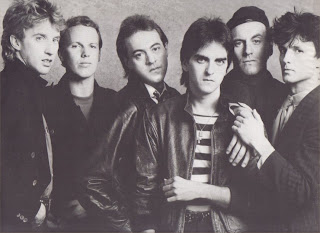 three quality singles, the first of which "Computer One" (which was written in America by Langford and Fisher) proved to be Dear Enemy’s one and only major hit, peaking at #5 on the Australian charts in late 1983. The follow up single "The Good Life" stalled at #39 a few months later, whilst the slide continued with the third single "Kids On The Street" failing to chart. Ransom Note sold more than 25,000 units and reached #15 on the national album charts.

Dear Enemy released a new single a few months later with "New Hero", which featured on the soundtrack to the Australian motion picture Street Hero. The single however only reached #93 on the charts. 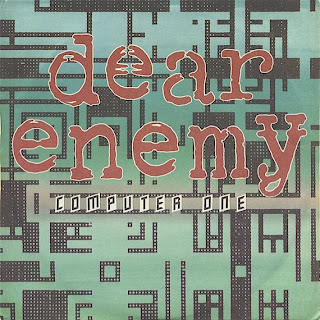 A couple of lineup changes, with Joey Amenta replacing Barker in April, 1985, and two more flop singles, "Stay" and "You're Right, You're Right", followed over the next four years before Dear Enemy’s system crashed and they called it a day at the end of 1988. Dear Enemy did record tracks for a second album during this period but due to contract and legal problems the album didn’t see the light of day, until a Greatest Hits CD was released in 2000 called "Ransom Note & Beyond" which showcases some of these unreleased tracks (Extract from Wikipedia).
Although I enjoy their cliche' single 'Computer One', I actually think their follow up single 'The Good Life' is a better track both musically and lyrically.
This rip was taken from CD at 320kps and contains full album Artwork.
.
Track Listing 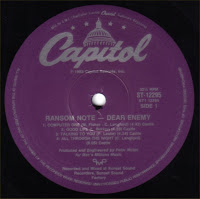 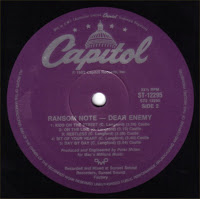