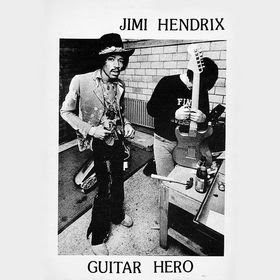 Note: This is NOT the inferior Jimi Hendrix / Jim Morrison bootleg (Scene Club, New York City, NY 18.03.68) with same name (aka Woke Up In The Morning And Found Myself Dead / Uranus Rock / Sunshine Of Your Love / Skyhigh )

In the 1970s, there was an endless supply of Jimi-Hendrix bootlegs to choose from. Hendrix died in 1970, but long after his death, bootleggers continued to thrill collectors by unearthing all kinds of live recordings, rehearsals, demos, and broadcasts. Unfortunately, many of those 1970s bootlegs weren't exactly known for their great sound quality -- some of them sounded terrible. But poor sound isn't a problem on 'Guitar Hero', one of the 1970s bootlegs that focuses on Hendrix's performances for the BBC's Top Gear program in 1967. The sound quality is excellent, as are the performances.


Jimi Hendrix 'Guitar Hero' 12 inch vinyl bootleg, was made in the USA and released in 1978 by K&S Records, catalog number 011. It's a recording from the BBC, London, Top Gear, October 17, 1967 and October 26, 1967. Top Gear was the name of John Peel's late-night program on Radio One in 1967. Guitar Hero includes the Jimi Hendrix Experience's second BBC session of the season, a three-track cracker which paired them with Rhythm 'n' Bluesman and radio announcer Alexis Korner. The session featured live renditions of "Driving South," Dylan's "Can You Please Crawl Out Of Your Window," and that legendary version of "(I'm Your) Hoochie Coochie Man," truncated when Jimi broke a guitar string. 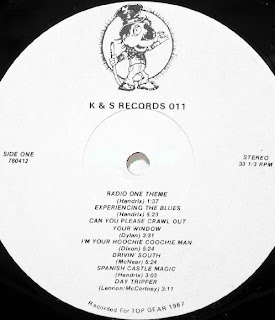 Fronting the trailblazing Jimi Hendrix Experience -- Hendrix on lead vocals and guitar, Noel Redding on bass, and Mitch Mitchell on drums -- Hendrix is in superb form on original songs (which include "Foxy Lady," "Spanish Castle Magic," "Little Miss Lover," "Wait Until Tomorrow," and "Stone Free") as well as inspired covers of the Beatles' "Day Tripper," Bob Dylan's "Can You Please Crawl Out Your Window," Leiber & Stoller's "Hound Dog," and Willie Dixon's "I'm Your Hoochie Coochie Man." If you're going to do a cover, it's important to bring something fresh and original to the song -- otherwise, what's the point? And Hendrix puts his own spin on all of the rock and blues songs that he embraces, making them harder and heavier. Hendrix's guitar playing is quite metallic for 1967 -- he was arguably the first heavy metal artist, and his innovations helped pave the way for everyone from Steve Vai to Robin Trower. Guitar Hero is a first-rate bootleg that collectors were thrilled to get their hands on in the late '70s. 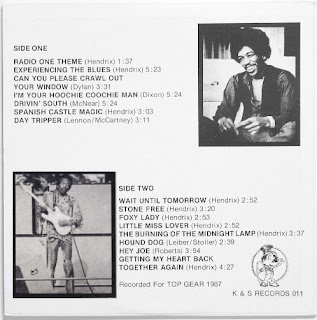 When I first played this album I was totally blown away - it sounded as good as any of his official releases and the album artwork and record label are first rate. It has obviously been taken from the original masters used by the BBC in their broadcasts, and these tracks have more recently appeared on the "BBC Sessions CD" released in 1998.
This rip has been taken from Vinyl at 320 kbs and full album artwork is included. NB: This bootleg was also released under the title of 'Primal Keys' (see cover below)
.
Track Listing
01 - Radio One Theme
02 - Experiencing The Blues
03 - Can You Please Crawl out Your Window
04 - I'm Your Hoochie Coochie Man
05 - Driving South
06 - Spanish Castle Magic
07 - Day Tripper
08 - Wait until Tomorrow 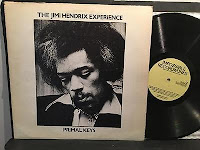