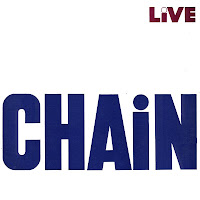 Chain are an Australian blues band formed in Melbourne as The Chain in late 1968 with a lineup including guitarist, vocalist Phil Manning; they are sometimes known as Matt Taylor's Chain after lead singer-songwriter and harmonica player, Matt Taylor. The band was named by Australian Blues Singer, Wendy Saddington, after the song "Chain of Fools" by Aretha Franklin.
Their January 1971 single "Black 'n Blue", which became their only top twenty hit, was recorded by Chain line-up of Manning, Taylor, drummer Barry Harvey and bass guitarist Barry Sullivan. The related album, Toward the Blues followed in September and peaked in the top ten albums chart.
Chain had various line-ups until July 1974, they separated for several years then reformed in 1982 for a one-off concert and more permanently from 1983–1986. Further line-up changes occurred with some forms called Matt Taylor's Chain, from 1998 Chain members are Harvey, Manning, Taylor and Dirk Du Bois on bass guitar. Both Manning and Taylor have also had separate solo careers. In 2005 Chain released, Sweet Honey and continued touring irregularly; on 3 May 2009, they performed at the Cairns Blues Festival. 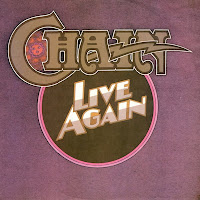 There is a stark contrast between both of these live albums. The first Live album, was recorded, rather primitively, at Sydney's Caesar's Palace Disco and resulted in a raw, basic slab of hard blues. It features more instrumental work by band members and at times could be mistaken for a jazz album. Note: Don't be confused - "Black and White" is not their hit single "Black 'n Blue" with a typo, but is still a good track anyhow with a strong jazz feel highlighting some great keyboard work by Warren Morgan interplaying with Phil Manning's guitar licks.
In 1972, the Morgan, Manning, Harvey, Sullivan and Mason line-up recorded a live-in-the-studio sequel to Chain Live, a collection of seamless heavy blues jamstitled Chain Live Again. While neither the critical nor sales success of its predecessor, and while perhaps not as cohesive as the first live album, Live Again showed the band stretching out and trading off each other, building the momentum of the jams with a more organic and progressive feel. Yet, typically for Chain, they disbanded soon after the sessions; and due to various setbacks the album didn’t appear until later in the year. For a more extensive history of chain, see milesago
Both Live albums have been ripped from Vinyl at 256kbs and include full album artwork.
.
Tracklisting
(Live)
01-The World Is Waiting
02-Black and White
03-Pilgrimage
04-Gertrude Street Blues
05-Chaser
(Live Again)
01-Take Your Time
02-Pig's Blues
03-Seventeen
04-The World Is A Rocky Impression
05-Mr. President
06-Leaving
.
Band Members:
Phil Manning (Guitar/Vocals)
Barry Sullivan (Bass)
Glyn Mason (Guitar/Vocals)
Warren Morgan (Electric Piano)
Barry Harvey (Drums)
.
Chain Live (88Mb) Sorry, album just released by Aztec Records. Please support our local artists
.
Chain Live Again (77Mb) New Link 31/07/2014
.
Posted by AussieRock at 12:20 PM