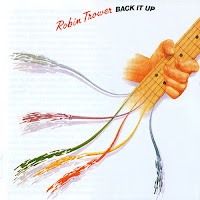 'Back It Up' is a 1983 studio album by Robin Trower, and the last to feature James Dewar. It was after this album was released that Trower was dropped by Chrysalis Records because he did not tour to support the album, in addition to the album's lack of radio airplay.
The partnership between Trower and Dewar continued over 10 years and eight studio albums, including For Earth Below (1975), Long Misty Days (1976) and In City Dreams (1977).

Their last album together was Back It Up, released in 1983. “When we finished Back It Up, that was the last time that I saw him,” Trower says of Dewar. “He went back up to Scotland and then he got ill. I never quite got to the bottom of what happened to him. His wife said he had to have an operation and something went wrong. But I’m not sure.” 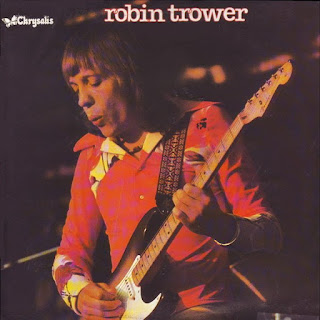 [Robin Trower]  Probably because I didn't want to go out there. I would say that would be the fundamental of it

[Author]  Would this be relative to what you said about those 80's albums of that time?  [I wish I'd never done hardly any albums of the 80's. I hate most of them]

[Robin Trower]   I was pretty pleased with "Back It Up', I must admit. At the time I thought it was a good record. I just wasn't inspired enough to go out on the road, yet if it had some success I would have gone out with it.

With no radio support and no tour to promote the album, Chrysalis Records dropped Trower from their roster. Robin returned to England to decide where to go from there.

[Author]  Why was Robin let go from Chrysalis?

[Roy Eldridge]  This is probably something that had gone on between Derek (Sutton) and Chris and Robin. "Is this working?" Again this is something I didn't deal with so I can't really tell you

[Derek Sutton] To be brutal, Chrysalis couldn't make money from him anymore. Robin had become very reclusive. He still wanted to live his lifestyle but he really didn't want to go out and work. I left his environs because I had a big argument with him and told him that if he didn't work, he wouldn't eat. He got very upset with me. I didn't speak to him for a couple of years.

[Robin Trower]  "Basically, they just decided to let me go. They gave me the option of doing one more album or going. And we decided it might be good to go. But they took so long, dragging their feet, about finalizing that. It was not good.

[Author]  Were you surprised?

[Robin Trower]  No, not really. I guess they decided that they didn't need me in the family anymore (laughs!) I was informed through management.

Album Review
The aptly-named LP "Back it Up" was released in 1983, continuing a string of six albums within eight years. Jack Bruce left and began a long association with producer Kip Hanrahan, focusing on a more Latin-influenced style. As far as Trower’s band, Dewar was back on vocals and (occasional) bass, Reid returned as lyricist on a few tunes, and Dave Bronze played bass on a number of tracks.

The drum seat was filled by Alan Clarke. Stylistically, Back it Up represented a sound stuck in neutral; though not flawed in any real way, Trower’s sounds were decidedly out of step with the pop mainstream: not “stadium-rock” enough to compete with the likes of Asia and Dire Straits, and certainly not fodder for the then-popular MTV.

For fans of his style, Back it Up is a solid entry that seems to pick up right where Victims of the Fury left off (but with better songwriting and playing), but the feeling that we’ve-heard-this-before nags at the listener. “Black to Red” has flashes of the old fire, and “Benny Dancer” is an awesome nine-minute showcase of both flash and subtlety. And “Islands” sounds like a restrained version of Jeff Beck.

This post consists of FLACs ripped from CD (thanks to Deutros) and full album artwork for both CD & Vinyl formats.
I never saw this album for sale in my local record haunts and suspect it was never released in Australia.  Very frustrating and a huge oversight on the part of Chrysalis who did themselves a disservice as Trower was popular in Australia.  Locating the CD release is just as frustrating - never seen it.
Such a shame as it was a great album and featured James Dewar for the last time.
As a bonus, I have chosen to include two live renditions of "Time Is Short" and "Islands', recorded at Milwaukee, Wisconsin in 1985.
Finally it is interesting to note the two different coloured covers (LP - Black, CD - White)
. 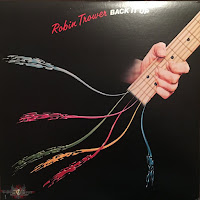 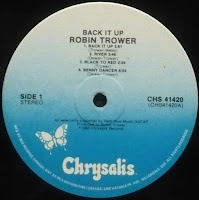