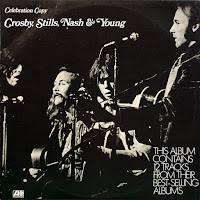 Crosby, Stills & Nash was formed in the summer of 1968 by David Crosby who was preparing his solo album after quitting The Byrds, Stephen Stills who had just left Buffalo Springfield and Graham Nash of U.K. pop outfit The Hollies who was then visiting California. The three sang together at John Sebastian's house in Laurel Canyon, and were knocked out by the Crosby and Nash vocal harmonies and decided to assemble as group.

They went to the U.K. later that year for Nash to sever commitments with The Hollies and then returned to Los Angeles to work on their debut album released early 1969.
That first album, which won immediate critical acclaim, still stands as a perfect example of contemporary acoustic music and powerful melodies, with harmony singing of Crosby and Nash to the fore. Stills was at a creative peak around this time - evident in his seven minute long Suite: Jude Blue Eyes, purportedly about his old flame Judy Collins, which became the group's first U.S. hit.

Nash's Marrakesh Express from same album (by now a gold seller), followed it into U.S. singles charts and broke the band into British lists in the same year.
Having previously played with Stills in Buffalo Springfield, Neil Young joined later that year at the suggestion of Atlantic boss Ahmet Ertegun. The band were looking for Keyboards player to fill out sound for live gigs. Ertegun suggested that Young should play guitar, allowing Stills to double on keyboards. 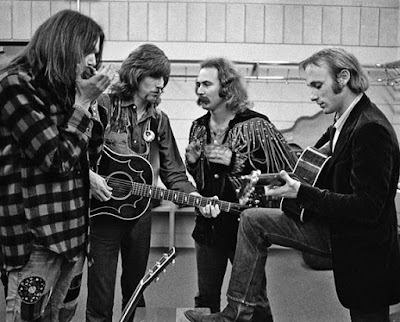 Their Second album, Deja Vu (1970) - further augmented by Greg Reeves on bass and Dallas Taylor on drums, later replaced by Calvin Sammuels and Johnny Barbata - was credited to Crosby, Stills, Nash & Young (CSNY) and more electric in its approach. Overall, it was a mixed bag, containing an electric version of Joni Mitchell's Woodstock (a U.S. hit), Nash's banal Teach Your Children and Dave Crosby's self-conscious song of hippie martyrdom almost Cut My Hair. All were easily out-classed by the immensely superior material of Young. Their second gold record, Deja Vu was still on U.S. charts when the outfit's third album, a double live set entitled Four Way Street was released early 1971. The title itself indicated the different directions each member of the aggregation was taking prior to its release. 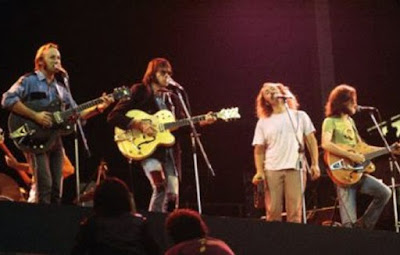 There was a reunion tour in 1974, which ended at London's Wembley Stadium without any fresh recordings. Subsequent attempts at a further CSNY album inevitably disintegrated in acrimony and rumour. Just when it seemed finally a total irrelevance whether they ever worked together again, Crosby Stills and Nash chose the Summer of Punk - 1977 - to announce a reunion LP.

It wasn't until 1988 that all four members finally got together to release the immensely successful album American Dream.
.
Featured Albums & Track(s) 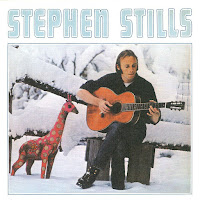 "Love the One Your With" (by Stephen Stills) 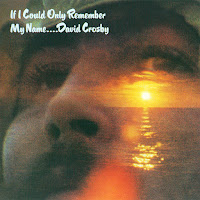 "If I Could Only Remember My Name" (by Graham Nash, Neil Young and David Crosby) 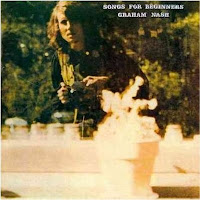 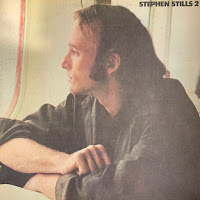 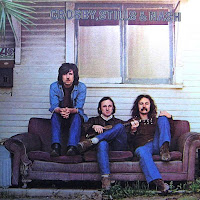 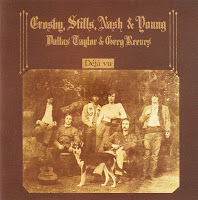 "Carry On"  (By Stephen Stills) 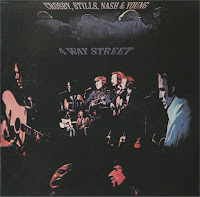 "Teach Your Children"  (By Graham Nash)

This post consists of FLACs ripped from my rare Atlantic vinyl and includes full album artwork and label scans. From what I can gather, this compilation album has never being released on CD.
This album is testament to the fact that each member of this 'super group' was in their own right a superstar and as a foursome, could out sing and out play any other Southern Rock band at this time in their career. A great compilation that your shouldn't pass up. 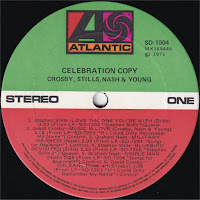 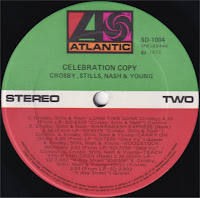