(Dutch 1967 - Present)
.
Thijs van Leer (Amsterdam, March 31, 1948) is a Dutch flautist and keyboard player. Together with the guitarist Jan Akkerman, he is best known as member of the band Focus.

Van Leer also made solo albums as a flautist, on which he played his own compositions in addition to arrangements of classical pieces, with background vocals by Letty de Jong and arrangements by Rogier van Otterloo. These albums appeared under the title of Introspection, with 4 in the series.

"It seems unfair that some people are so much more talented than others. Thijs van Leer is one of those more-than-usually gifted musicians. He could have been a concert pianist for instance.

Born in 1948, he first caressed the keys when just a toddler, and started studying seriously when he was only three years old and became the often praised pupil of locally famous pianists like Maria Stroo and Gerard Hengeveld. When he was thirteen, he became interested in jazz and soon played fine harmonic variations on "Stella by Starlight" and other beautiful ballads. Van Leer Senior, however, was not very happy to see a possible Mozart gradually becoming a probable Bill Evans. Being an extraordinary flute player himself, he started to teach young Thijs the intricacies of this old and difficult instrument. Meanwhile, the musical prodigy did very well in school. His finished his Gymnasium-studies in record time and even proved to have more arrows to his cultural bow than people had expected: during an inter-scholar match, he proved himself an exciting actor in Shakespeare, did some declamation of his own poetry, played jazz and flute and finally sang a song he had just composed in true Richard Rogers-style: music and lyrics. 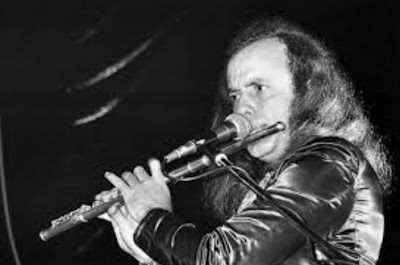 It was then that I had the fortune to discover Thijs van Leer and I took him to his recording session in 1967. This resulted in a single that unfortunately nobody took notice of. I also introduced Van Leer to Ramses Shaffy, who was just forming a new cabaret group and soon young Thijs made his professional debut on stages all over the country. Meanwhile he studied the History of Art, took lessons in harmony and counterpoint at the Amsterdam Conservatory and painted many pictures.

Success had to come one way or another. It finally came when he formed his own group with equally talented Jan Akkerman, a guitar player of great virtuosity and this group called Focus, has now won prizes in Festivals all over Europe, as well as the 1971 Edison Award, apart from being a top-selling bunch of record makers.

Introspection is the first solo LP Thijs van Leer has made. It goes back to Bach in some numbers, it shows his classical training, it proves his ability as a flute player. It also shows his remarkable sense of style and form. Whether you hear Fauré's lovely Pavane or Van Leer's own Focus I and II, you will be thrilled by the whole conception and realisation of his music. A word of praise should be printed for Rogier van Otterloo, who wrote so many fine arrangements for Rita Reys and others and who came up this time (being a pianist and flute player himself) with truly lush orchestral backgrounds, in which a  prominent part is played, or rather sung, by young soprano Letty de Jong. 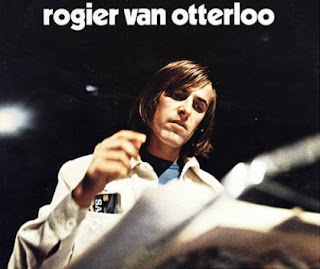 So there it is: an LP featuring a still very young but unusually gifted performer named Thijs van Leer, whose name you're bound to hear many times in the future and whose kind of music should appeal to anyone with good ears and taste." [Liner Notes by Willem Duys]

Thijs van Leer headed Focus through several line-up changes, and by 1977 he was the only remaining original member. The group disbanded in 1978. In 1985, van Leer briefly reunited with Jan Akkerman to make Focus 1985. In 2002, van Leer created a new Focus line-up, which has since released the albums Focus 8 and Focus 9 / New Skin. A British tour was undertaken in spring 2006. He also appeared as a guest musician on the album, Into the Electric Castle, by Arjen Anthony Lucassen’s musical project Ayreon.

In 2008 Explore Multimedia released van Leer’s first solo album in nearly a decade, The Home Concert. The album featured recordings made in his living room as he played material for Focus 9. The album is exclusively available via the internet, and at concerts. (extract from bach-cantatas.com) 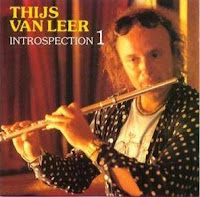 This post consists of FLACS ripped from my near mint LP's which I bought back in my Uni days. I have been a big fan of Van Leer's flute playing and he was one of the musicians I aspired to while I was learning to play the flute (along with Ian Anderson and Herbie Mann).  I have not only included full album artwork for both LP's, I have also included artwork for a 2003 CD release of these two albums (twin pack). I've also included an alternative front cover for the first album (see right).

Even if you are not a fan of Classical Music, you should still give these Introspection albums a chance - you might be surprised at your reaction when you listen to them.  If there is a big enough interest shown in these albums, I will consider posting the other two in the series in the near future.
. 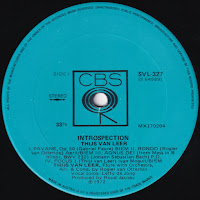 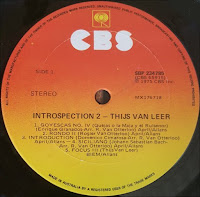