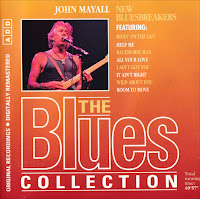 John Mayall's Bluesbreakers started out in the late 1950s in England. This was a band that used American style blues as a starting basis for their sound. The sound has changed from album to album. And while at one point John Mayall was playing a fairly jazzy sound, he has eventually come back to the blues.

One of the interesting features of the Bluesbreakers, is that the personnel changed on a very regular basis, and many members have gone on to much well deserved fame and fortune with other bands and as solo acts. Past members have included: Eric Clapton, Jack Bruce, Peter Green, John McVie, Mick Fleetwood, Mick Taylor, ...

John Mayall seems to have been very careful in keeping track everything that he ever recorded. Nearly every album has an exact recording date and location. And when crosschecked against Peter Green's book, they agree exactly. 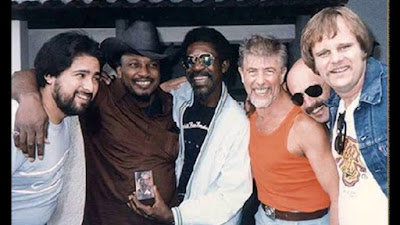 When John Mayhall hit hard times and the bottle during the 1970's, his best days looked behind him. But the 1980s found him back at his best with a new version of his band the Bluesbreakers and bringing the blues to new, receptive European audiences who had missed out on the first blues boom of the 1960s. 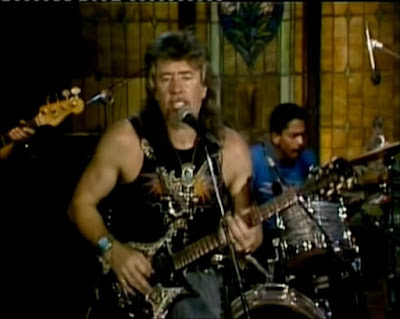 This in-concert set from 1987 is a successful attempt by Mayall to contemporize the electric Chicago blues style. Mayall and his band, including the great guitarists, Walter Trout and Coco Montoya cover tunes by great artists including Sonny Boy Williamson, and Otis Rush.

The 11-minute "Room to Move," with Mayall on harmonica, is a standout track. Over the years Mayall has swung his musical output between acoustic and electric, and although much of his less blues orientated material remains very much in demand, it's a great change to hear the man get back to basics, and play some authentic blues standards.

This album was recorded live in Frankfurt, Bonn, and Munster, Germany between 19th, and 21st April 1987. The UK magazine series 'The Blues Collection' No.8 includes a CD with the same tracks as the LP 'The Power of the Blues'. The album has also been released on other labels with different sleeve/CD covers. However, the track list is the same on most of them. 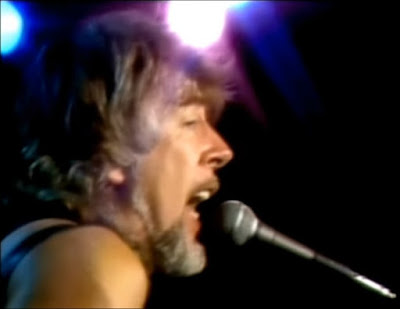 Finally, I recommend you listen to the brilliant John Mayall & the Bluesbreakers 1967 "Crusade" album, and John's equally brilliant 1968 "Blues from Laurel Canyon" album. British blues doesn't come much better than these two albums, and of course this live set featured here.
.
This post consists of FLACs ripped from my Blues Collection CD (released by Orbis, a German publication house. The series comprised of 90 fortnightly issues, each including a thin magazine-sized biography and an album on CD or cassette tape). A shortened version of this recording was released on vinyl, entitled 'The Power Of The Blues' (see cover below) . Also included is artwork for both CD and LP releases.
.
Tracklist 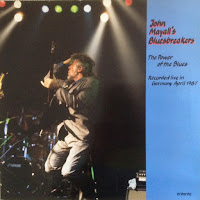