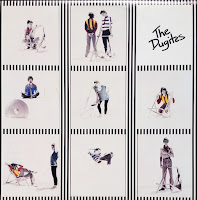 Like another Australian band 'The Numbers', label mates 'The Dugites' had formed in 1978, but they were very different in almost every other way. Brian Peacock aided their pursuit of pop success; he'd been managing his own band with Matt Taylor, Western Flyer, in Perth. With industry contacts stretching back fifteen years and his experience road-managing the New Seekers as part of David Joseph's entertainment empire. Peacock was a good fit for a Perth group with some but not all the components for mainstream success. The Dugites' Peter Crosbie visited him in his Fremantle office 'for advice about record deals', Peacock recalls:

They were getting a lot of interest out of the Eastern states... So I started going along to some of their gigs so I could advise them better. And before 1 knew it, I ended up managing them. 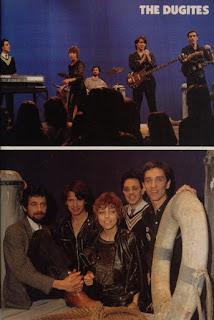 I think I knew that it didn't really matter where you came from. And I'd allied that to New Zealand, leaving New Zealand. I realised you could stay wherever you came from and you didn't have to run off and uproot yourself from everything you knew.
The rest of the band were all pretty intelligent people, who I got on well with. They had very firm ideas of what they wanted to do and where they wanted to go, which made it easy to work with them. 1 liked what they wanted to do myself. My management skills, if there were any, always came into play with a genuine admiration for the artist

Songwriter and keyboard player Peter Crosbie had a Bachelor of Music degree from the University of Western Australia; during an extended trip to Britain in the mid 1970s, he had also written songs with King Crimsons Peter Sinfield. The group were inspired by their singer Lynda Nutters earlier garage band, which played 60s-girl-group songs such as 'Leader of the Pack'. Nutter and Crosbie were married when the Dugites began, but their personal relationship did not last long into the band's career.

Though the two women projected very differently, Nutter and Annalisse Morrow are both examples of a new type of female 'lead singer' in that they were clearly members of the band, not isolated or separate in some way. Additionally, like many women in bands at this time, Nutter found this to be a necessity. She told Rolling Stone's Jacky Hyams: 'I just don't agree with all that pouting and "look at me" ... I have to be one of the boys - and I'm quite good at that - in order to avoid hassles all the time.' 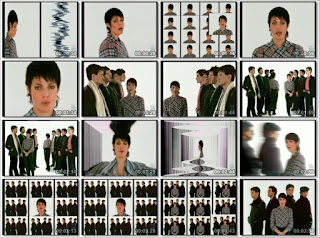 The Dugites' 'Hit Single' was self-released 'on their first birthday'; for the band it came at 'the end of Phase One', during which they had played in a number of different styles. Their parody of Countdown (see chapter 11) notwithstanding, the satirical 'Hit Single (it declared, for instance, that pop stars never had 'to go to the toilet') marked, for them, the beginning of 'Phase Two! 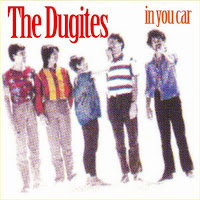 Deluxe enlisted Bob Andrews, from Graham Parker and the Rumour, to produce the first (self-titled) Dugites album. Fans of the band were pleased to see Andrews rein in Peter Crosbies "overbearing self-indulgence on keyboards, the extended, discoesque jam on the musically excellent 'Gay Guys' is probably a vestigial example of Crosbies druthers. This was the first song played on JJJ-FM after it converted from 2JJ into an FM station in 1984 (en route to the next level, national coverage). In retrospect the song s lyrics come across as nastily bitchy and populated with stereotypes, although at the time it seemed refreshingly sardonic It is also a good example of a male songwriter (Crosbie) utilising a female persona to create a narrator who would, in most peoples minds, critique the 'gay guys' in question not from a position of fear or desire, but from one of platonic affection.

Their first single for Deluxe, the buoyant and fresh 'In Your Car' got the Dugites off to a great start, but it was a success which, for reasons that remain unclear, the band seemed unable to build on. After several singles and two albums for Deluxe, they moved to Mercury, for whom they recorded a third album, Cut the Talking, with English producer Carey Taylor, who went on to assemble Dragon s immensely successful album Body and the Beat and its attendant singles, The Dugites' best song, among many gems, was perhaps the dark, synthesiser-dominated ballad 'Waiting', though the classic pop of Juno and Me' was more typical and highly . The group were Countdown mainstays and perennially good-natured and a solid proposition live; they struggled; nonetheless, to reach commercial sales heights at the time.

But for some (like myself) they still remain favourites today, and thus one reason for this post. The other is to acknowledge a generous blog follower called Dave who made this rip available to me in FLAC format.   Files were ripped from vinyl along with full album artwork and label scans.  If you're into the Dugites, you'll also find there third LP 'Cut The Talking' on this blog as well, and it is my intention to post their 2nd LP 'West Of The World' in the near future.
. 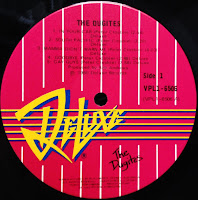