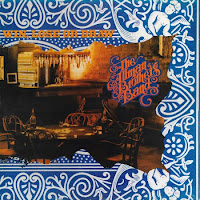 During the early 1970's The Allman Brothers Band overcome the deaths of founding members Duane Allman and Berry Oakley and released the highly successful Brothers And Sisters album in 1973, with its #2 hit single "Ramblin' Man". Reaching new levels of fame and recognition, they came to be seen as leaders in the emergent 'southern rock' movement. They ended the year with a brilliant New Year's Eve concert in San Francisco, organised by Bill Graham, which was broadcast nationwide on the radio. Both Gregg Allman and Dickey Betts also embarked on solo careers.

In fact, the Allman Brothers earned a reputation with their live performances, and the band's first two albums, "The Allman Brothers Band" and "Idlewild South", were distinguished by their solid blues roots and exciting rhythmic dynamism. 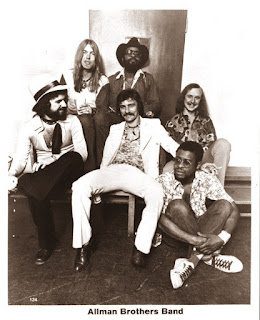 Meanwhile, however, relationships within the band were not good. Their success had led to problems with egos and personality conflicts, with guitarist Dickey Betts and pianist Chuck Leavell both wanting to move in different directions, leaving Gregg Allman to try and mediate. When it came to recording the follow-up to 'Brothers And Sisters', the band were no longer a unified group. Allman was not present for many of the sessions and his vocals had to be recorded later, and drummers Butch Trucks and Jaimoe went missing and had to be replaced by session players on a few songs. When it came out in 1975, 'Win, Lose Or Draw' was seen as an uneven record and was received somewhat poorly. Betts seemed to be fully in control, repeating his 'Brothers And Sisters' formula by contributing some mellow country-rock songs and an extended instrumental entitled "High Falls" which takes up most of side 2 on the album. There were also a couple of Allman compositions (which followed in the style of his solo album Laid Back), and covers of numbers by Muddy Waters and Billy Joe Shaver. 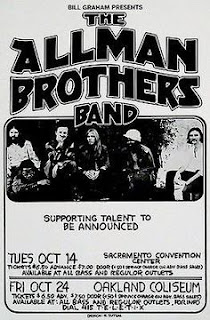 Though its often seen as a 'beginning of the end' sort of album, 'Win, Lose Or Draw' is still a great record, with some truly fantastic highlights. It did indeed manage to chart to #5 in the States. However shortly after its release the band effectively fell apart, with Gregg Allman falling out with the other members. Leavell, Jaimoe and Lamar Williams went on to form jazz-rock group Sea Level, while Betts and Allman continued moved on to solo careers.

I am a big fan of 'Win, Lose Or Draw'. Back when it was released my initial reaction was pretty close to what others have said on various blogs while researching the album, it didn't have the drive and pizazz of all their previous releases. But... its not being overplayed and the passage of time has been very kind to it. Its not the level of their debut, 'Eat A Peach' or 'Brothers/Sisters', but its strong in its own way.
.
"High Falls" is as good as anything they ever did in my humble opinion, as well as the title track and "Can't Lose What You Never Had".

This post consists of FLACs taken from my prized vinyl, and the usual album artwork and label scans. I have always enjoyed listening to this album and although I know this is not their best release, I have always had a soft spot this LP in my collection. And so, I wanted to share it with you.
.
Track Listing
01. Can't Lose What You Never Had (McKinley Morganfield) 5:50
02. Just Another Love Song (Richard Betts) 2:44 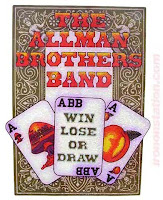