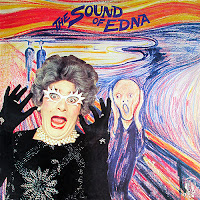 John Barry Humphries, AO, CBE (born 17 February 1934) is an Australian comedian, actor, satirist, artist, and author. Humphries is best known for writing and playing his on-stage and television alter egos Dame Edna Everage and Sir Les Patterson. He is also a film producer and script writer, a star of London's West End musical theatre, an award-winning writer and an accomplished landscape painter. For his delivery of dadaist and absurdist humour to millions, biographer Anne Pender described Humphries in 2010 as not only "the most significant theatrical figure of our time … [but] the most significant comedian to emerge since Charlie Chaplin". 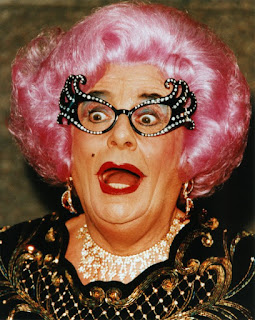 Dear Music-Buffs:  All Australians are superb singers. Just think of Helen Reddy, Peter Dawson, Olivia Newton-John, Joan Sutherland, Rolf Harris, and my namesake Dame Nellie Melba if you don't believe me.
Being a proud Australian, I am happy to say that I am no exception to our miracle song-bird statistics. And yet, you will be amazed to learn, I have never had a singing lesson in my life! Mine is a natural talent given to me by Dame Nature herself, and when you and your loved ones listen to this historic microgroove you will not be surprised to hear that world renowned opera singers chantooses and glamour-pusses have begged me for the secret of my lovely voice. 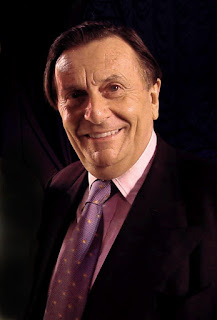 The songs and arias on this beautiful waxing will be mostly new to music lovers and fans of my consummate artistry. Some I have sung over the wireless and oh my internationally acclaimed, award-winning BBC television shows. A few have been specially commissioned by the world famous Charisma gramophone company.

I hope there is something on this record for every taste, whether you be a housewife or a senior citizen, a baby-sitter or a beatnik. Little Nic Rowley, who composed and arranged the music, is quite simply one of my Very special people, and at our recording sessions in Amsterdam and Los Angeles he was always at pains to show off the wonderful variety and richness of my voice without being in any way 'pushy' or bossy. What a foolish boy he would be if he tried! The words or 'lyrics' as we call them in musical circles, are by Barry Humphries who, to give him his due, 'discovered' me many moons ago, and has basked in my limelight ever since.

I wish I could give him full marks for his poems, but to my mind some of them have an uncalled-for and unnecessary element about them which I can't quite put my finger on. The nicer songs were supervised by the multi-talented lan Davidson who I have a lot of time for, and who has ensured that wholesomeness and good taste remain the keynote, in spite of Barry's said efforts.
I happen to know that the Powers that Be are putting a copy of this best-selling disc in a time capsule, and I'm proud to think that in millions of years time people will judge our entire western civilisation by my humble repertoire. Does that thought give you goose bumps as well? [Album Liner Notes]
.
Anyone who lives in Australia will know Barry Humphries (alias Dame Edna Everage) and some have been lucky enough to see him (her) in person. I was one of the lucky ones when Barry Humphries lectured to a small group of 'budding botantists' at the School of Botany in Melbourne University, back in 1981. His topic was of course 'The Gladiolus' (a genus of perennial cormous flowering plants in the iris family) and was nothing short of hilarious. And so, it is with pleasure that I present this Wacky and Wonderful Comical satire for this month's WOCK on Vinyl post in MP3 (320kps) format ripped from vinyl. (See alternative cover design below)
.
Track Listing 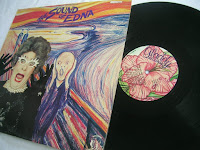 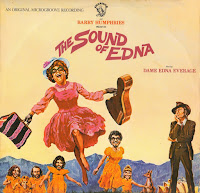