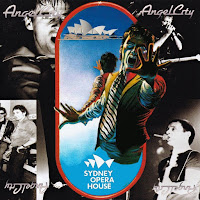 In June 1979, The Angels' 'No Exit' album entered the Australian album chart at #8 upon its release and again at #15 in September. George Young contributed as a backing vocalist to "Out of The Blue".
In October 1979, Albert released their 12" 'Out Of The Blue' EP.

On New Year's Eve 1979, the band performed in front of almost 100,000 people on the steps of the Sydney Opera House. Their show, however, was cut short when a riot broke out in the audience. Doc Neeson was hit on the head with a sign and Chris Bailey was knocked unconscious by a flying bottle and hospitalised.
. 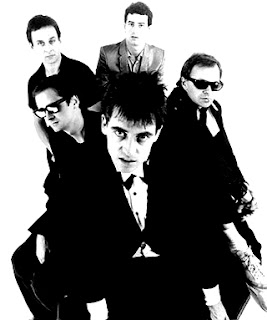 " The Angels have always had their fair share of issues and controversy; it's probably the reason for the sheer intensity of their live shows which catapulted them to the forefront of Australian Music and kept them there for three decades ... No dubbing or backing tapes are used in The Angels Live Gigs ... What You See Is What You Get ... Hot, Loud, Real, Rockin' and Live ... The Angels put on an unforgettable night for the fans ... Here are The Angels finishing of the Decade of the 70's with a performance on the steps of the Sydney Opera House on New Year's Eve in front of an estimated 100,000 people ... The night was marred with drunken violence; ... Neeson was hit in the head by an object and Bailey was knocked unconscious with a beer bottle ...That put an abrupt end to an Awesome Gig and ringing in the new year with The Angels" 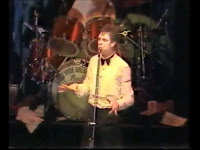 Note: A beer can is clearly seen flying past Doc (just missing him) 2m:20sec in the video clip for "Marseilles" (included with this post). The actual incident occurs at 3m:30sec when Doc is hit by another flying object and collapses to the stage, face forward holding the back of his head.
Radio announcer says that Doc was hit by a piece of signage and had blood pouring from the front of his head.   The concert was called off at this point, ending what was a great concert on a very sour note. Many people blame Cold Chisel fans, but the identity of the person who caused the incident is still unknown.

Unfortunately, 2014 brought its fair share of tragedy to the hard rocking five-piece, as original lead singer, Doc Neeson, who had departed fairly acrimoniously in 2011 (he was subsequently replaced in the lineup by Dave Gleeson), finally lost his 18-month battle with cancer.

Ever Gonna See That Place Again
Article by Luke Voogt (Geelong Indy March 31, 2017)
After four decades touring the country with The Angels the only thing that has changed is the comfort, according to guitarist and co-founder John Brewster.
"We basically went on the road straightaway and we've been on the road ever since," he said.
"But it's a bit more civilized nowadays."
The Angels will perform at The Gateway Hotel on 8 April as part of their '4x4 Across Australia' tour, after shows in the previous two years at the hotel sold out, Brewster said.
"It was often regional cities like Geelong and Newcastle which were the places for us to break (out)."
Brewster was amazed to see so many young Angels fans on the tour.
"Radio stations still play a lot of our music - I think the band is pretty timeless," he said.
Part of that timelessness was thanks to the band's disdain for "teeny bopper" music, Brewster reckoned. 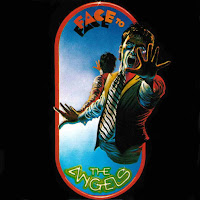 "We were a rock band from day one. I remember when we recorded the 'Face to Face' album and some expert came into the studio and said radio wouldn't play us."
"Our attitude was radio can shove it, but radio played every track on the album."
Brewster recalled when the band first hit the road in a 1964 EH Holden station wagon in the mid-'70s.
"We piled into that and travelled all around Australia and played week after week," he said.
The band would take on overnight trips from capital to capital in the trusty Holden to make a name for themselves.
"That car never missed a beat," Brewster said.
Sometimes, they would even stop in towns for an afternoon show on their way to late-night pub gig.
"I guess cause you're young you can handle some of that stuff," Brewster said.
But The Angels took off "like a rocket ship" in the late '70s and abandoned the car in Brewster's Adelaide driveway.
"All of a sudden, we were flying places or hiring cars," he said. 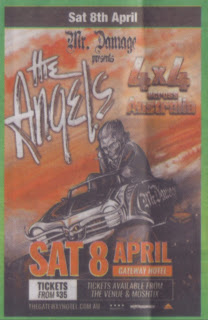 "It sat outside my house for years, and bits kept getting taken off it."
The band has played with AC/DC and David Bowie but for Brewster nothing beats playing with rock god Chuck Berry in 1978.
"That has to be one the greatest musical memories in our lifetimes."Fast-forward 40 years and the current line-up is like a big family, Brewster said. "No one's precious and there's no pressure."
The Angels tip their hats to their lost members every night on stage, Brewster said. "But the band survives and life goes on."
And as for that iconic chant, Brewster still had no idea where it originated. But he does remember hearing for the first time - at a Mount Isa concert in 1983.
Am I Ever Gonna See Your Face Again was a "flop" and it was the first time the band had played it in years, Brewster said.
"That thing spread like wildfire around the country without our knowledge."
Brewster's theory was that it began on a cruise ship. "That way they may have taken it back to their towns," he said. "It's Australian larrikinism and I love it." 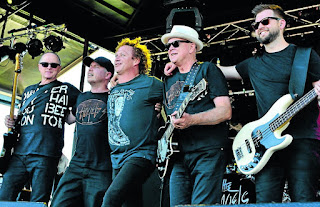 The Angels are currently touring around Australia on their 4 x 4 Across Australia Tour. To see where they are playing next, visit songkick.com


Current Band lineup is:
John Brewster (Rhythm guitar)
Dave 'Gleeso' Gleason (Vocals) x Screaming Jets
Rick Brewster (Lead Guitar, Keyboards)
Nick Norton (Drums)
Sam Brewster (Bass) Rick's son
.
This post consists of MP3's (192kps) - not my rip folks and thanks to the original uploader - along with some basic artwork. The artwork refers to the band as 'Angel City', however The Angels did not adopt this name until mid 1980 when they were breaking into the U.S market and had a conflict of name with another American band. Also included is a video clip of their last song "Marseilles" (sourced from YouTube) which clearly shows the incident where Doc is struck in the head, bringing the show to an abrupt end.
The quality of the recording varies from one track to another with some tape speed issues, however disruptions to the listening experience are only brief. This bootleg is a must for all Angels fans.
.
Track Listing: