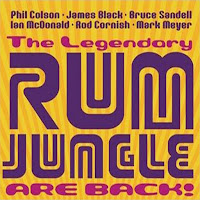 Rum Jungle were a funky, Afro-type Jazz Band who predominantly played in and around Adelaide during the late seventies. For a time in the late seventies, Rum Jungle was the most popular band in Adelaide. A long running residency at the Lord Melbourne Hotel became their home, as well as the Tivoli Hotel being another favourite venue.
Frontman Phil Colson, from Sydney’s Foreday Riders, gathered a fine collection of local players - James Black (keyboards and guitar), Bruce Sandell (tenor sax), Ian McDonald and Rod Cornish (bass) and local king-of-the-skins JJ Hackett - to perform a mixture of blues, R&B and funk - all about the groove and dancing. The high point for the band was a trip to Thailand in 1978.

Sadly, the band never returned to The Lord Melbourne. Ian left to join Stars, while JJ and James moved to Melbourne to join Mondo Rock. James went on to play in The Stockings, Gangajang, The Black Sorrows, Men at Work and is musical director of Rockwiz. Bruce returned to Melbourne and is Australia’s best exponent of the King Curtis style. Phil lives on the central coast of NSW still playing his wild blues and watching with pride the astonishing success of his daughter, Sia Furler. 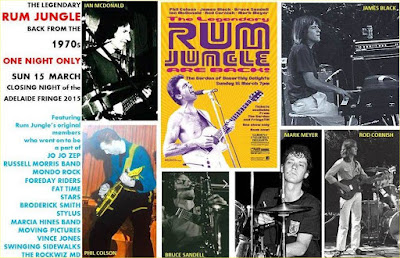 Nearly forty years later, the members of Rum Jungle came back together to play a one-off gig of the power-packed music they love at the Garden of Unearthly Delights as part of the 2015 Adelaide Festival. To promote the gig the band made available four previously unreleased tracks recorded at Peppers Studio in 1978/79 and are in this post.
.
Phil Colson
It's hard to write about Phil Colson because you cannot capture much of Phil Colson in words. He is larger than life and best seen in the flesh!. He is a physical presence– easily one of only a handful of Australian guitarists with a distinctive sound and touch. Not only a distinctive guitarist Phil is a great soulful singer. the physicality of his music is deep and affecting. Phil The Renaissance Man is a singer, multi-instrumentalist, composer, artist and a Master Chef's master chef …. cocktails anyone?

Phil first came to fame in Sydney band the Foreday Riders before moving to Adelaide in the early Seventies.
He was in the Mount Lofty Rangers with Bon Scott in 1973 before forming 'Rum Jungle' and later 'Fat Time'. He was also member of Art Rock band the 'Soda Jerx'.  Phil also participated in the following events:


After a few years mainly working on Adelaide based "art" projects, Phil moved to Melbourne. where he developed a musical relationship with Colin Hay, participating in following ways:

In the Nineties Phil returned to Sydney where he constantly performed in various soul based group.

In the late Nineties he started evolving a very deep interest in Country, Rockabilly and Western Swing guitar playing. Suddenly the slide and steel guitar became a passion.


From 2003 he was involved with "Chet Romero" - Truck-a-Billy/Western Swing playing Steel Guitar, Mandolin, Baritone Guitar, B-Bender Telecaster
In the last 8 years, Phil moved to the central Coast of NSW where he lives a happy life near Terrigal and plays guitar in local bands with occasional forays back into Sydney to perform shows. 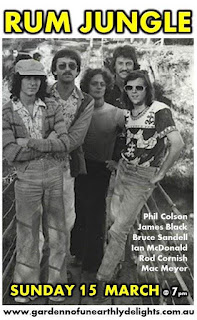 This 'Rock-a-Billy Celebrant' is easily one of Australia's best blues guitarists but is also the father of the wonderful Australian performer Sia Furler.! [Extract from Rum Jungle's Facebook Page]
.
Thanks to Kelvin Fleming who rescued an 1978 1/4" tape recording of Rum Jungle made in Adelaide at Peppers studio. Kelvin meticulously transferred the crumbling old tape to the digital realm, and Jon Lemon our sound guy from back in the day (now he's one of the worlds top live sound engineers currently working with Beck,The Smashing Pumpkins and Ray Lamontaigne) stepped up and mastered them for us.
All tracks are at 320 MP3 - no artwork available  (Originally sourced from soundcloud.com)
Thanks to Tarago (Midoztouch2) for the Rip and band info 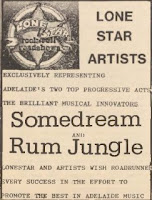 01.  Ain’t no use
02.  224 4000 (Recorded in the 70's A song written by Mark Pengilly and performed by Rum jungle)
03.  Butterfat (A funky 70's stomping Dance Instrumental track featuring the honking tenor saxophone of Mr Bruce Sandell)
04.  That’s your problem (Swinging track from Ron King) 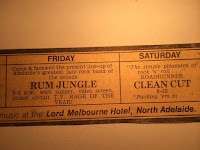