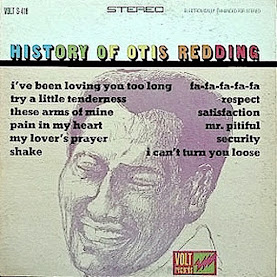 Generally regarded as the single most influential male soul artist of the '60s, Otis Redding was one of the first artists to broaden his appeal to white audiences with a raw, spontaneous style that bore a stark contrast to the smooth, sophisticated music of Motown.

Otis Redding was born September 9, 1941 in Dawson, Georgia. When Otis was five the family moved to the Tindal Heights Housing Project in Macon, Georgia. Otis Sr. worked at the Robins Air Force Base, one of the local places of employment for blacks, and preached on the weekends. Redding began singing in choir of the Vineville Baptist Church. For much of his childhood his father was sick. Living for awhile in a shotgun house in west Macon known as Bellevue the family was forced to move back into the project after it burnt down. 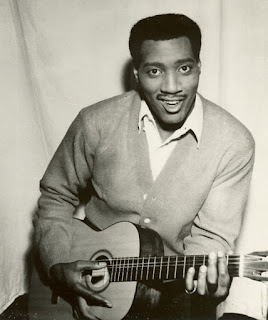 Dropping out of Ballad Hudson High School in the tenth grade, and went on to work with Little Richard's former band, the Upsetters. and he send home $25 a week. Gladys Williams, a prominent local musician ran Sunday night talent shows that Otis began to compete in. After winning 15 times straight, he was no longer allowed to compete.

In 1959, Otis sang at the Grand Duke Club. In 1960  Redding began touring the South with Johnny Jenkins and The Pinetoppers. With this group he made his first recording in 1960 as Otis and The Shooters.

In 1962, Redding recorded a song he had written,"These Arms of Mine" at a Johnny Jenkins session at Stax Records in Memphis, Tennessee. The song became a major R&B hit and a minor pop hit in early 1961 on the newly form Volt subsidiary of Stax, to which he was quickly signed. Now recording in Memphis with the Stax house band Booker T. and The MGs, Redding had a number of crossover hits for Volt that included "That's What My Heart Needs," "Pain In My Heart," and "Chained and Bound." His first moderate hit was "Mr. Pitiful" in early 1965. Redding toured regularly through 1967, accompanied by Booker T. and The MGs or The Bar-Kays, developing a greater initial following in Europe than in the U.S. 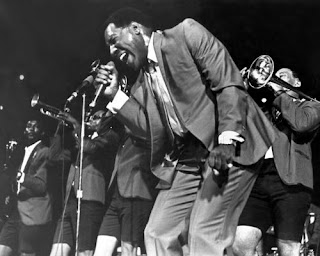 In  the spring of 1965, Redding broke into the pop market with "I've Been Loving You Too Long (To Stop Now)," co-written with Jerry Butler, and his "Respect." His Otis Blue album included two hits, Sam Cooke's "Shake" and "A Change is Gonna Come" and The Rolling Stones' "Satisfaction" which became a crossover hit. Redding's "I Can't Turn You Lose/"Just One More Day" became a Top 10 two-sided R&B hit at the end of 1965. His Dictionary of Soul album yielded crossover hits "My Lover's Prayer," Fa-Fa-Fa-Fa-Fa (Sad Song)," and "Try a Little Tenderness."

In 1967 Arthur Conley had a Top 10 hit with the Conley-Redding "Sweet Soul Music" and Aretha Franklin had a Top 10 Pop and R&B hit with Redding's "Respect."   Redding recorded King and Queen with Carla Thomas and the album yielded R&B and Pop hits "Tramp" and "Knock On Wood." 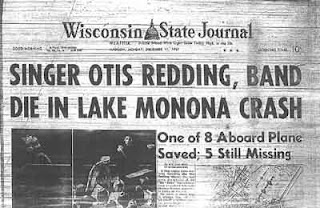 Appearing as the only soul act at The Monterey International Pop Festival gained Redding widespread recognition and began establishing him with pop audiences. However, while touring, Redding's airplane crashed into the icy waters of Lake Monon near Madison, Wisconsin on December 10, 1967 killing him and four members of the Bar-Kays (Jimmy King, Ron Caldwell, Phalin Jones and Carl Cunningha). Trumpet player Ben Cauley was the only person to survive the crash. In early 1968, Redding's recording of "(Sittin' On ) The Dock of the Bay," co-written with Steve Cropper, became a top pop and R&B hit. Posthumously crossover hits continued in to 1969 with "The Happy Song (Dum Dum)," "Amen," "I've Got Dreams to Remember," "Papa's Got a Brand New Bag," and "Love Man."

In the late '70s, Redding's sons Dexter and Otis III formed the Reddings with cousin Mark Lockett for recordings on on the Believe in Dream label, distributed by Columbia. They had a Top 10 R&B hit with "Remote Control" in 1980 and eventually switched to Polydor Records in the late 1980s.

Otis Redding was inducted into The Rock and Roll Hall of Fame in 1989. [extract from history-of-rock] 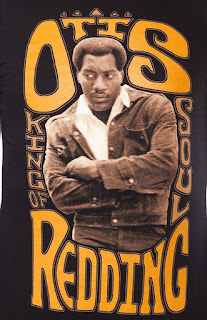 Cover Linear Notes
In the sixty-seven years of this century, the blues has gone through many transformations from the old, rural singers and the early city blues men, on through the great individual performers of the 20s and 30s from Bessie Smith to Jimmy Rushing.

The blues burst out into teen-age America in the 50s with performers such as Chuck Berry and Bo Diddley and later with Ray Charles. It is now so deeply embedded in the popular music of America— —which is to say the popular music of the world— that it is almost taken for granted and seldom singled out.
An artist such as Otis Redding—and he was an artist in the broad popular field of music just as Ray Charles and Elvis Presley before him—not only sang the blues but carried over into everything he did some aspects of the blues sound and feeling. But the blues of today, even though it still deals with the fundamentals of life, has a different sound to it (just as life itself does) than characterized by Leadbelly or Bessie Smith.

And the great contribution of Otis Redding was that he made his own sound and his own style not only effective for him, not only a personal success, but a way of singing and performing, that spun off into others.
Otis Redding was a pure example of the immediacy of today's music in the sense that Marshall McLuhan speaks of immediacy. His emotional message, his charisma, his total effect was instantaneous. Furthermore, Otis Redding exemplified the whole new concept of the artist, not being limited to being a singer. Like The Beatles and almost every other important performer in the new literature of sound, Otis Redding could control, not only his own voice, but the medium through which that voice reached the public. 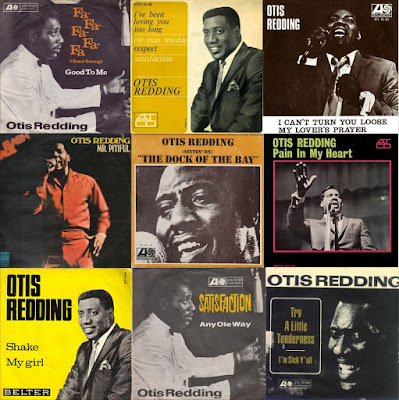 Without ever asking him the question, it was obvious that he manipulated the electronics involved, if only because he had served as a successful producer for other people—Arthur Conley, for one. As a songwriter, he had the touch that shaped a composition to the general need. As a producer, he tailored the sound to the moment. He was the electronic artist, the practitioner of instant communication which involved the intuitive but encompassed knowledge and planning. To take, as he had done, a highly individual hit such as "Satisfaction" and make it into his own vehicle is an example of the performer's art enhanced by the producer's knowledge and ear, to state it plainly, the producer's art as well.

In person, everything Redding did was an all-out, powerhouse, emotional explosion. He may have started out singing "Try A Little Tenderness" with tenderness, but it always ended up with "sock it to me baby!" Each number was a crescendo of rising emotion because Redding was an expert of a very special mass audience style. He could work his listeners into a frenzy more quickly than anyone I have ever known. 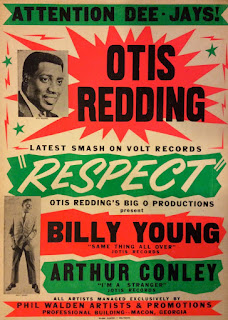 It was not only his ability to do this in person, but his success at sending the same energy bursting through recordings that marked him as unique. An Otis Redding song, even back in his early days as this album indicates, dealt directly in soul. As he expanded his vision, the Memphis sound of his band began to set musical styles. Today, if a phrase had to be used to categorize it, I would suggest "rock and soul" since he created an amalgam while still retaining the characteristics of the originals. The sound was distinctly his own, both instrumentally and vocally, and its effect on American popular music has been fundamental. It always swings, but it is more than just swing; it is a groovy sound which, in fact, defines the word "groovy" as applied to music. He' could be sentimental and he could be ecstatic. He could write his own songs or take others' material and adapt it. He could produce for himself and produce for others.

It is hard, in fact, to find his equivalent anywhere in the music scene which is, of course, the reason he has been the tremendous force that he was. Only a small part of that importance is indicated by the fact that in 1967 he dethroned Elvis Presley as the top male vocalist in the Melody Maker Poll. They really didn't have a category for Otis Redding. [notes by RALPH J. GLEASON]
. 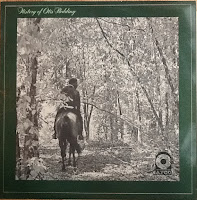 This post consists of MP3's (320kps) ripped from my highly treasured vinyl which is in remarkable condition considering it is now 50 years old. I certainly didn't acquire it until later in life when I became fascinated in the derivation of some of my favourite 70's tracks (ie. Jo Jo Zep's cover of "Security", Max Merritt's version of "Try A Little Tenderness" and Jimi Hendrix's posthumous rendition of "Mr.Pitiful") and discovered they were all Otis Redding songs.
This anthology of hits was purchased second hand and still has the original owners name on the Atlantic label - Lee Hill.  So Lee, if you're still out there, thanks for making this gem available for me to purchase.
Full album artwork and label scans are included, along with an array of 45 covers matching the track list on this album. An alternative front cover for the ATCO release is shown above. (Note that this album is a Mono Recording but a Stereo version was also released).
.
Track Listing 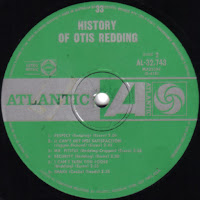