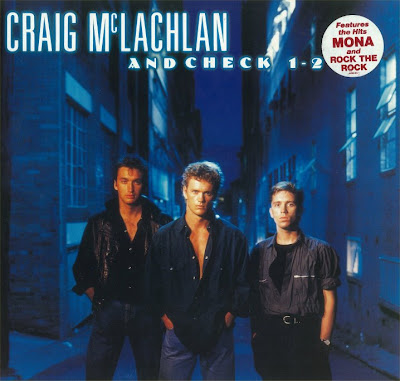 Craig Dougal McLachlan (born September 1, 1965 in Sydney, New South Wales, Australia) is an Australian actor and singer, best known for his role as Ed in Bugs. He has also appeared in soap operas such as Sons and Daughters, Neighbours and Home and Away.
McLachlan became well known in 1987 when he landed the role of Henry Ramsay, brother of Kylie Minogue's character Charlene, in Neighbours. Two years later, he defected to rival show Home and Away, playing schoolteacher Grant Mitchell.
McLachlan has also had success as a songwriter, guitarist and vocalist, capitalising on his popularity in Neighbours to score Australian and UK hit singles with pop tunes such as his remake of the Bo Diddley song "Mona" (AUS#3 / UK#2, 1990), "Amanda" (AUS#23 / UK#19, 1990), and "On My Own" (AUS#23, 1991). He formed various bands during the late 80's and early 90's, namely Craig McLachlan and the Y Fronts (1989), Craig McLachlan and Check 1-2 (1989-91) and Craig McLachlan and the Culprits in 1996.
. 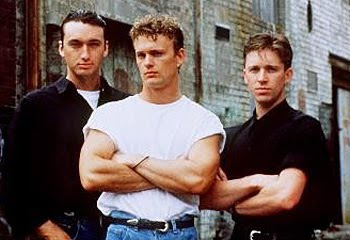 In 1993 he starred as Danny in the popular West End revival of the musical Grease alongside Deborah Gibson. Also in that year he married Australian actress Rachel Friend whom he met on the set of Neighbours. Their characters Bronwyn and Henry had also earlier married in the show. They divorced in 1994.
In 1995 McLachlan appeared in the popular British television series Bugs. He played the role of a free-lance agent and electronics expert, who along with his colleagues worked covertly to combat terrorist threats. McLachlan left the show at the end of the third series.
In 2001, Craig had a breakthrough 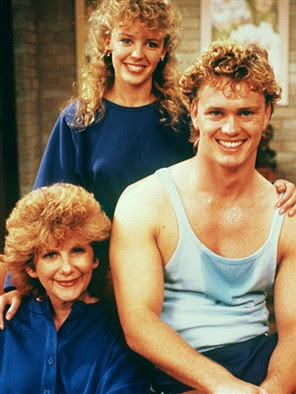 with the American movie Superfire, where he played a firemen who died at the end of the movie. In 2004, Craig got a recurring role as Kane Morgan in the populair show McLeod's Daughters, but left the show at the fourth season.
In 2005 he starred as Jeff Kennard in the Australian film Hating Alison Ashley, with fellow Neighbours star Delta Goodrem and McLeod's Daughters co-star Rachael Carpani. In 2006, he appeared in the Melbourne International Comedy Festival as a stand-up comedian.
He was at Southampton's Mayflower Theatre from Thursday 7 December 2006 in White Christmas, based on the record-breaking box office film of 1954 starring Bing Crosby and Danny Kaye. With Tim Flavin, Cliff Barnes from Dallas and Lorna Luft.
Craig was thrilled to be working back in Australia with the hit show Rescue Special Opps during 2010.
.
Recently, Craig come out of retirement (from the music industry) to show his support for NSW politician 'Peter Best' - who recently ran for Parliament as an independent during the 2010 Federal Elections. His aspiration was to become 'The Perfect Prime Minister' with the help of Craig and his reformed band Check 1-2, but all they achieved was some glorified publicity in the Daily Telegraph Newspaper (Sydney).
. 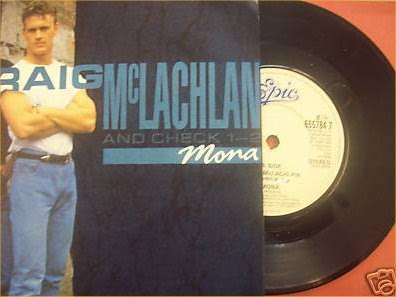 When I first saw this album at my local trash and treasure, I was apprehensive about parting with my loose change to acquire it, but curiosity finally got the better of me. I must admit I was pleasantly surprised when I first heard the album and was quite taken back with the songwriting skills and musicianship which McLachlan displays on this album. In fact, I would almost go as far to say that McLaughlan is probably a better musician than he is actor, but still have fond memories of his 'Henry' character on Neighbours back in the 80's. 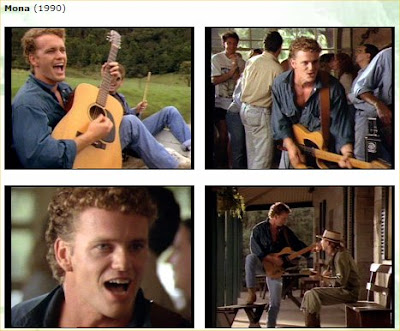 The only criticism I would have is that his self-penned track "Bigger Than Texas" has a very similar riff to the hit single by the Romantics "What I Like About You" which was released in 1978. There are some well known guest artists playing on this album, namely Garth Porter from Sherbet (Keyboards & Producer), and Lindsay Field & Lisa Edwards (backing singers for John Farnham).
If you haven't heard this album before, I think you will be pleasantly surprised as I was.
.
The rip was taken from vinyl in MP3 (320kps) format while the FLACs were ripped from CD and includes full LP artwork and inlays. I have also included three bonus tracks, two B-sides from the hit single Amanda - "Baby Loves Funky" and "Need Your Love" (thanks to Deutros) along with the 12" Single release of "Rock The Rock". You really should Check it out !
.
Track Listing 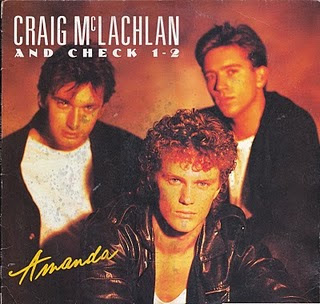