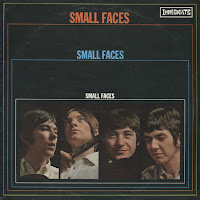 Within weeks of Small Faces' stage debut in 1965, this ultimate Mod group entered the UK Top 20 with 'Whatcha Gonna Do About It' - featuring Marriott's strangled and passionate vocals. The follow-up, Marriott and Lane's 'I Got Mine', missed the mark but, replacing Winston with lan McLagan, the outfit got back on course in 1966 with 'Sha-La-La-La-Lee', 'Hey Girl' and, their only UK Number 1, 'All Or Nothing'.

"My Mind's Eye' and 'I Can't Make It' marked time before a switch to Immediate in 1967 facilitated an intensely creative phase. 'Here Come The Nice', 'Itchycoo Park', Tin Soldier' and 'Lazy Sunday Afternoon' were all late Sixties hits and characterized Small Faces' particularly English style, merging R&B with cockney chirpiness and psychedelia. 'Itchycoo Park' was also the band's only significant US hit. 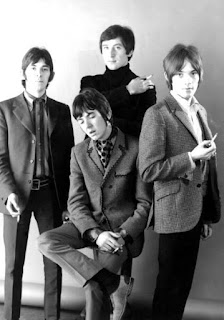 After the 'Ogden's Nut Gone Flake' album (1968) was followed by two moderate-selling singles 'The Universal' and 'Afterglow', Marriott left to form Humble Pie in 1969. Jones, Lane and McLagen continued as the Faces, recruiting Ron Wood and Rod Stewart from the Jeff Beck Group. Although successful, both Humble Pie and the Faces disbanded in the mid-Seventies. 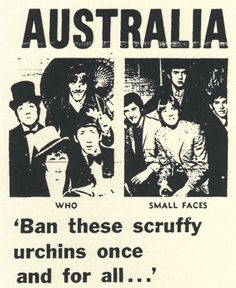 The Demise Of The Small Faces
A January 1968 Tour of Australia with The Who sowed the seeds of the Small Faces demise.
Road-rusty after a year in and out of the studio, the Small Faces’ poor performances created tension and resentment in the group, specifically between fiery singer-guitarist Steve Marriott and the more spiritually-inclined bassist-singer Ronnie Lane. In Australia Marriott cornered record exec Tony Calder.

“He said, ‘I’m not gonna give any more of my f***ing songwriting to Ronnie Lane,” Calder tells MOJO’s Mark Paytress. “I’d never realised there was a problem until then, or that Steve had been writing most of the [hit] songs.”

The tragedy was that in the studio the group were at the top of their game, with their first album on Andrew Loog Oldham’s Immediate Records – their third in total – yielding the astonishing (Tell Me) Have You Ever Seen Me and Show Me The Way, and the ardently loved Ogden’s Nut Gone Flake in the pipeline. Yet the Australia trip had broken something in the band, and it preyed on Marriott’s mind when a potentially make-or-break US tour was mooted. 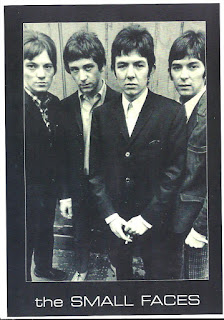 “He wouldn’t go because he couldn’t face failure,” says Marriott’s mum Kay. “If they went there and weren’t accepted, it would have been dreadful for him. He was a coward in that way, bless him.”

Calder says it was also during the Australian tour that Marriott first came up with the idea of introducing Peter Frampton, the rising ‘Face Of ’68’ and guitarist/singer with The Herd, into a five-piece Small Faces. “Stevie said, ‘Go back to London and call him. I want him out of his contract.’ But it took time, maybe a year or more.”

“I love Pete,” says Small Faces organ maestro Ian McLagan, “but it wasn’t the right move for us. Maybe we should’ve got a trumpeter, not another guitarist!”

“Lazy Sunday messed things up for us. Just like Sha-La-La-La-Lee had done.”

While Ogden’s Nut Gone Flake was to reveal the copious creative life that remained in the group, MOJO’s cover story reveals surprising disharmony over its mix of psychedelic whimsy, searing soul-rock and daft cockney gurning. When managers Calder and Andrew Loog Oldham (still in recovery after his 1967 nervous breakdown) released the ebullient but polarizing Lazy Sunday as Ogden’s…’ first single in April 1968, another nail was knocked into the group’s coffin. 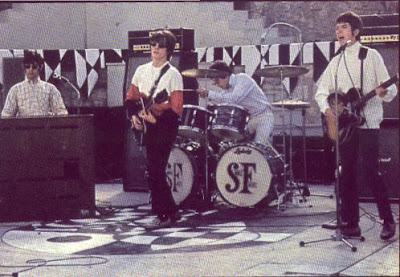 “We were all pissed off with that, because it messed things up for us,” McLagan tells MOJO. “Just like Sha-La-La-La-Lee had done.”

On New Year’s Eve 1968, Steve Marriott walked off stage mid-gig and broke up the Small Faces early the following year. Marriott and Frampton formed heavy rockers Humble Pie, while the rump of the band found another path to success, recruiting Ron Wood and Rod Stewart to constitute The Faces. But a quality that belonged to the Small Faces exclusively was lost.

“I wish we could have stayed together,” Faces/Small Faces drummer Kenney Jones sadly concludes, “but Steve was gung ho.” [Article from MOJO Magazine, #244 March 2014]
.
This post consists of MP3's (320kps) ripped from my prized $tateside vinyl and includes full album artwork along with label scans.  Although this album is a mono pressing it still has that nice 60's feel about it and all of the tracks (although not major hits) are enjoyable to listen to. So grab this album 'Immediately' (pun intended) while you can. 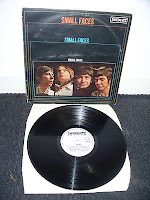 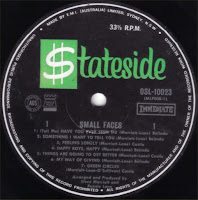