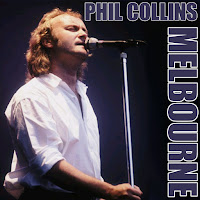 Phil Collins' ascent to the status of one of the most successful pop and adult contemporary singers of the '80s and beyond was probably as much a surprise to him as it was to many others. Balding and diminutive, the Genesis drummer-turned-vocalist was almost 30 years old when his first solo single, "In the Air Tonight," became a number two hit in his native U.K. (the song was a Top 20 hit in the U.S.).

He got his first break in music in his late teens, when he was chosen to be a replacement drummer in the British art rock band Genesis in 1970. (Collins maintained a separate jazz career with the band Brand X as well.)

...And Then There Were Three...Genesis was fronted by singer Peter Gabriel. They had achieved a moderate level of success in the U.K. and the U.S. with elaborate concept albums, before Gabriel abruptly left in 1974. Genesis auditioned 400 singers without success, then decided to let Collins have a go. The result was a gradual simplifying of Genesis' sound and an increasing focus on Collins' expressive, throaty voice. And Then There Were Three... went gold in 1978, and Duke was even more successful. 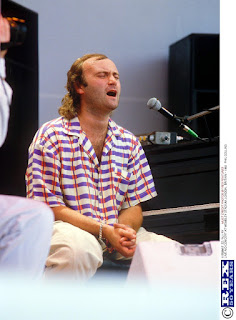 Collins made his debut solo album, 'Face Value', in 1981, which turned out to be a bigger hit than any Genesis album. It concentrated on Collins' voice, often in stark, haunting contexts such as the piano-and-drum dirge "In the Air Tonight," which sounded like something from John Lennon's debut solo album, John Lennon/Plastic Ono Band.

During the '80s, Collins was enormously successful in balancing his continuing solo work with his membership in Genesis. In 1992, Genesis released We Can't Dance and began an extensive tour. Upon its completion, Collins released Both Sides in 1993, and the record became his first album not to produce a major hit single or go multi-platinum. In 1995, he announced that he was leaving Genesis permanently, and has continued to nurture his solo career ever since.  [extract from allmusic.com]
. 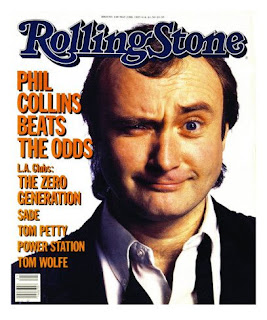 The following concert recording made in Melbourne (Australia) was made during Phil's big time 'The No Jacket Required World Tour' which took place between February 1985 to July 1985, in support of his 1985 album, 'No Jacket Required'. The album had been a big international success and the tour concluded with Collins performing "Against All Odds" and Long Long Way To Go at both Live Aid concerts, in London and Philadelphia, on 13 July 1985. the latter, Sting played guitar and sang backing vocals.

A television special was recorded in Dallas and aired on HBO, entitled No Jacket Required... Sold Out. The broadcast was released as a VHS in 1985 with extended footage and the title changed to Phil Collins: No Ticket Required.

Melbourne Concert Review
Recorded At the Entertainment Centre in Melbourne, this bootleg is a nice complete soundboard recording from  the second night show (13th April). What makes this show a stand out is that Collins actually visited Australia before Genesis did! Phil is in fine form, using a lot of the same old gags on the song intros that he had used on the Mama tour, right down to the whole "fugitive from justice" bit that he sticks before "Don't Lose My Number." There is even a presage of his "Throwing It All Away" dee-dah-day singing in "Hand in Hand." The quality is great; the mix sounds a little weird to me, the lead vocals in particular, but sometimes the drums. 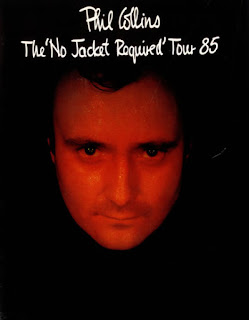 It seems in Australia bands performing live have to be backed by a string section for at least a few songs. Phil's band, he explains, is the hot tubs, so the strings are the "nine warm jets." The band introduction track, you'll notice, is incredibly long--but I also found it hilarious.

It is the complete and unedited show in a superb soundboard quality. This tour has no official complete material. This show from Melbourne is the best documentation of this tour which there is currently. I hope you like it [comments by Steve Genzano @ bluesnaggletooth12.com]
.
This post consists of MP3's (320kps) taken from a soundboard feed and has been labelled as a Hussey Remaster. (thanks to the original uploader - Cina Najcler). A selection of artwork is included for the various releases for this bootleg recording, all released as a double CD set.  Quality of the recording is a close 10 out of 10.
.
Track Listing 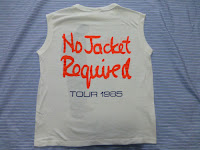 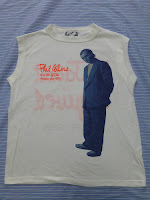 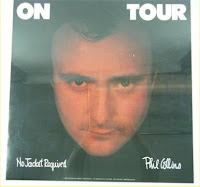