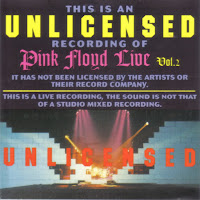 Pink Floyd have always been synonymous with a sophisticated and elaborate stage show featuring state-of-the-art lighting and concert sound: but it wasn't always like that. The early days were as rudimentary as you could imagine, and their status has only been earned through years of constant refinement.
Their earliest known use of projections to accompany their music was at All Saints' Church Hall in west London in September 1966, but perhaps the most significant advance in Pink Floyd's use of light shows came from their former landlord. "The most important starting-point for the light show was Mike Leonard and Hornsey College of Art," recalled Mason. "That was the idea that the music could be improvised and the lighting could be improvised to go with it."

Pink Floyd's first touring light show was built the same year by managers Andrew King, Peter Jenner and his wife Sumi using closed-beam spotlights mounted on wooden boards, and activated by domestic light switches. "The result was these hugely dramatic shadows behind [the band], which I'm sure everyone thought was brilliant," mused Jenner. "Of course, it was a complete fuck-up, as all the best things are." Projectors and oil slides soon became a common feature of all their shows, and Pink Floyd employed a variety of operators who were often regarded as fifth members of the band.

However, as the Sixties drew to a close so, too, did the pivotal role of the light shows. Instead, Pink Floyd began to concentrate on their sound production, as audiences would listen politely and intently. This in turn led to the development of the Azimuth Co-ordinator, a new 360-degree surround-sound system designed to throw effects and pre-recorded tracks around the room, which became a feature of all subsequent tours. It made its début in 1969, with a series of shows that incorporated Pink Floyd's increased sense of experimentalism and featured the band sawing wood to construct a table, and monsters roaming the audience.
Their appetite for spectacle grew through the early Seventies. In 1971 they played an open-air show at Crystal Palace in London that featured a huge inflatable octopus emerging from the lake in front of the stage.

By 1972 Pink Floyd were touring more than nine tons of equipment, transported by three trucks and requiring a crew of seven to assemble it for each performance. As Richard Wright remarked at tie time, "Sometimes, I look at our huge truck and tons of equipment and think: 'Christ, all I'm doing is playing an organ!'"
However, it was their shows at Earl's Court in May 1973 that provided a real foretaste of things to come. A Chinese gong burst into flames; a giant robot emerged from clouds of dry ice; a huge rocket soared over the heads of the audience; and a giant mirror ball reflected beams from two batteries of red lasers. 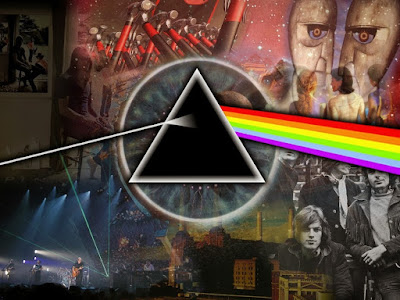 As the venues became bigger, so too did the production, and in June 1974 Pink Floyd employed for the first time their trademark circular screen, which was used to project specially-prepared film and animation sequences, including a remarkable flying clock sequence for 'Time' designed by lan Ernes.
But their shows didn't always go as planned. At a show in Pittsburgh on June 20, 1975, a specially built pyramid, designed to sail above the stage and radiate beams of light, became dislodged in a gust of wind. The helium balloon inside was never seen again; nor was the pyramid, which crashed into the stadium's car park, where it was promptly shredded by souvenir-hunters.

On Pink Floyd's 1977 tour several large-scale inflatables were made, symbolizing the typical 'nuclear-age' family and comprising a businessman, his wife, 2.5 children, a TV set, a Cadillac and a fridge full of worms. Appropriately, the tour motif and newly-acquired mascot, the giant inflatable pig, was also used, and in some cases detonated, to dramatic effect: but the most striking addition was the disturbing animated film designed by the satirical cartoonist Gerald Scarfe which accompanied 'Welcome To Machine'. 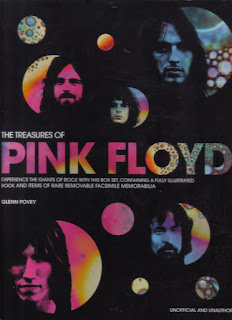 With the Wall shows in 1980 and 1981 Pink Floyd produced their most overwhelming spectacle to date as a huge wall was constructed across the stage during the show; a replica Stuka dive-bomber buzzed the audience, and both the wall and circular screen showed newly designed animations by Scarfe. In addition, three giant puppets, representing the villains of the piece, made appearances at key points.

However, it was for their final tour, in 1994, that Pink Floyd will always be remembered, having played to their largest attendances to date. A large semi-circular shell housed the screen and some 400 moving lights; lasers, a mirror ball and pigs on a vast scale accompanied spectacular new film sequences, and an IMAX projector recreated liquid-oil patterns to illuminate the revival of the Barren song Astronomy Domine'.
The production was transported by 49 trucks, with two Boeing 747s and a huge Russian Antonov military freight plane transferring the equipment from the US for : European tour.
It's hard to imagine it all began with a plank of wood, some domestic light switches and a few spotlights. [extract from 'The Treasures Of Pink Floyd', by Glenn Povey. Murdoch Books. 2012, p46]
. 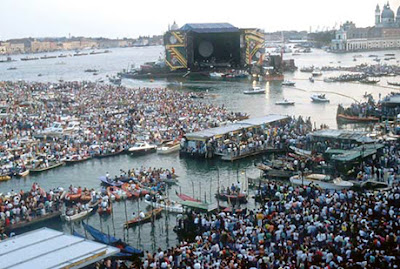 Concert Details
This is a bootleg recording of  Pink Floyd's concert held on the Grand Canal, Piazza San Marco, in Venice, Italy, on 15 July 1989.  Over 100 million viewers in 23 countries saw the the Italian TV broadcast.
During 1988-1989, Pink Floyd grossed $135 million on their Delicate Sound Of Thunder Tour - making it the most successful musical tour of all time. In Fobes magazine's chart of the world's highest paid entertainers, Pink Floyd ranked seventh, ahead of all other rock groups. Mason later called the tour "the most enjoyable ever".
Towards the end of their tour Floyd went to New Zealand and Australia - their first visit since 1971. Back in Europe again, Floyd played in Venice on July 15, 1989, over 200,000 fans swarmed St Marks Square for a free concert performed on a floating stage 24 meters high and towed by a barge 90m by 30m in size, in the Grand Canal. 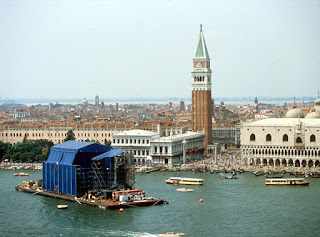 This was probably the most controversial concert of Pink Floyd's career with Venetian locals protesting over noise levels and disruptions to their daily life.
To pacify critics Pink Floyd played at a reduced volume, but there were still claims of damage to marble cladding and lamp-posts were broken by fans climbing them for a better view.
The city authorities failed to provide facilities for the visiting fans, many of whom slept in St. Marks square. They left behind them 300 tons of litter, which had to be cleared by the Army.
Here's what David Gilmour of Pink Floyd said~

"We had a really good time, but the city authorities who had agreed to provide the services of security, toilets, food, completely reneged on everything they were supposed to do, and then tried to blame all the subsequent problems on us." 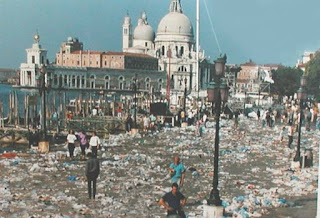 The City council apologised to Venice residents for the inconvenience, promising that no similar concert would ever be allowed. Disgusted with the lack of respect for the city and its inhabitants, locals staged a 7 hour sit-in at the City Hall shouting “Fools, scoundrels. Resign, Resign. You’ve turned Venice into a toilet!”  The Venetians wanted blood and in the end, the Mayor Casellati and the entire city council resigned. Therefore, this concert can be placed in the books as being truly unique.  [For more information, see ultimateclassicrock]
.
This post consists on MP3's (320kps) ripped from my Aussie AMCOS CD Bootleg (released in 1993) and covers the second half of the concert. Full album artwork and concert photos are included, along with alternative bootleg release covers - namely 'Venetian Nights', 'Live In Venice', 'Laguna Di Venezia' and 'Piazza San Marco Venezia'
The quality of the recording is exceptional and comes close to their official Delicate Sound Of Thunder set.  Hope you enjoy this recording of Pink Floyd's most controversial concert.
. 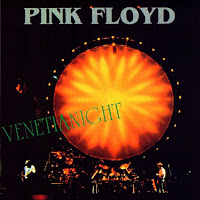 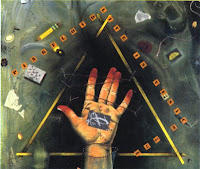