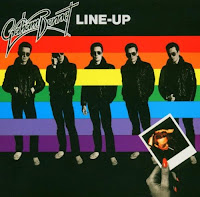 In 1977, Graham Bonnet released an eponymous album, which was certified gold in Australia. The single, "It's All Over Now, Baby Blue", a cover version of the Bob Dylan song, also reached the top five in Australia in 1977, and the following year the single "Warm Ride", written by the Bee Gees, a leftover from the Saturday Night Fever sessions, reached number one there.

In 1979, Bonnet was approached to join UK glam-rock band Sweet to replace Brian Connolly. However, he was chosen by Ritchie Blackmore to replace Ronnie James Dio as the vocalist of hard rock band Rainbow. This was something of a musical departure for Bonnet, who had previously identified himself more as an R&B singer. Bonnet would later credit his time in Rainbow, and his collaboration with Blackmore in particular as changing fundamentally his musical outlook to a more hard rock focus. He sang on the Down to Earth LP, which would become his most successful album. It spawned two hit singles in 1979 & 1980: "Since You Been Gone" and "All Night Long". 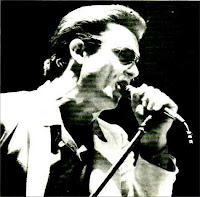 Bonnet's time with Rainbow was short and he left to resume his solo career, releasing the Line-Up album in 1981, handled by producer John Eden. Following on from his time in Rainbow, the album had a markedly more rock-based sound than his previous solo recordings, whilst retaining some of his former R&B influences. For the recording of Line Up Bonnet enlisted several well-known rock musicians including Whitesnake guitarist Mick Moody, Whitesnake and Rainbow drummer Cozy Powell, Deep Purple and Whitesnake keyboard player Jon Lord, and Status Quo guitarists Francis Rossi and Rick Parfitt. The album reached No. 62 in the UK Albums Chart. The album's lead single, "Night Games", reached No. 6 in the UK Singles Chart, with the follow-up single, "Liar", reaching No. 51.
. 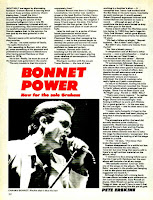 Inevitably, we began the interview by first discussing Rainbow. Graham Bonnet is leaning back in one of those armless corduroy chairs sipping beer. I recall the time I interviewed Ritchie Blackmore for Sounds. During the course of the somewhat belligerent tete a tete Mr Blackmore, becoming irritated with my line of questioning, had interrupted one of my carefully prepared questions to inform Sounds readers that, in his opinion, he was (and is) the best guitarist in the world!
Bonnet reacts with something less than surprise.
"Oh yes" he notes matter-of-factly. He really thinks he is"
But according to Bonnet, who, after all, owes something to his personal and professional renaissance to Blackmore after having joined Rainbow at their zenith, in 1979.
"He is fast. Really, he must be one of the fastest rock guitarists in the world. The only trouble is that his style is completely fixed"
Graham Bonnet was born in Skegness, Lincolnshire, his mother was a resident singer at the local Butlins Holiday Camp. Bonnet's childhood heroes were Buddy Holly, Elvis and Paul Anka.
He weighed 7 stone 12 and was on the dole. His father bought him his first guitar.  His first performances took place in local church halls.
Later he took part in a series of blues bands (commercial white blues spearheaded by John Mayall and Fleetwood Mac was then sweeping the country) — and in the process began to develop the power and control his voice now possesses (apart from becoming proficient on bass and guitar).
However, Bonnet soon tired of knocking out the old standards, so exchanging old for new began playing cover versions of contemporary Chuck Berry material. 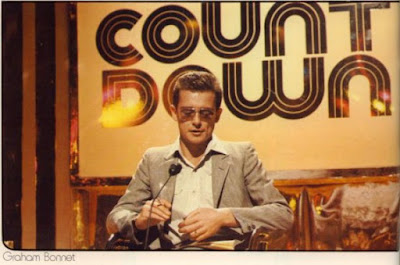 Moving to London with his cousin Trevor Gordon — the two of them working in a butcher shop — it transpired that Trevor had worked with the Bee Gees in his early teens. Inevitably (as such stories go it would appear), Robert Stigwood expressed interest and invited Bonnet and Gordon to make a record, although as part of the conditions the boys were forced to drop the other guys in the band.
Hence a band called The Marbles came into being. In 1968, they had a huge hit - "Only One Woman", which gave Bonnet his first and only taste of fame for almost 10 years
"We had a follow up single." Bonnet explains. "But it didn't do very well."
But didn't you, make any money from the hit?   No, Not a bloody penny."
In desperation one of Bonnet's other cousins — now a schoolteacher — tried to - as they say on Fleet Street — 're-structure his rock career', Bonnet was to have been the new Tom Jones. TV commercials followed. Beer and aftershave. In 1977, Bonnet released a solo album that went gold in Australia, in its wake came a myriad of offers, but, despite the self-assurance and power Bonnet exudes on stage he is a desperately unsure and insecure individual, the kind of musician who really lights up if paid a compliment. . . 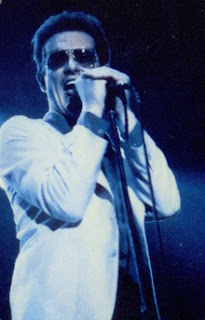 To return to Rainbow. During his stint with the band, Bonnet recorded the 'Down To Earth' album which produced two hit singles, "Since You've Been Gone" and "All Night Long".  He left in 1980 - Why?
"There were many reasons." he replies. "Firstly, I simply couldn't get on with Roger Glover and increasingly I was finding it difficult to work with Ritchie. He's a good guitarist — in his own way, But he's so rigid - and he does tend to be a little dictatorial
"I mean, quite honestly it'd got to the point where the band had been playing so long that it simply became a series of cliches."
The atmosphere within the band did actually become quite vindictive, apparently Blackmore considered the length of Bonnet's hair and his Florida Beach shirts 'inappropriate'. Thus, minutes before Bonnet was due to take the stage he discovered a 'conspiracy' (his word) involving the locking of all his stage clothes in a trunk
"It was," he says, "the straw that broke the camel's back"
Graham disappeared for a while but last month he released his solo album. 'Line-Up' but one thing that seems odd is there's no self-written material on the album, why?
"I wanted it to be a strong follow-up to the hits I had with Rainbow but the next album will include a lot of my songs.
"We basically started 'Line-Up' with one of the songs on the album, "Be My Baby", we were in the studio just banging it out on the piano and someone suggested we record it,"
Although Graham left a strong band, his latest album includes such stalwarts as Jon Lord on keyboards, Cozy Powell on drums, Mick Moody on guitar and Gary Twigg on bass, so we'll have to see if that combination can bring him his pot of gold.
. 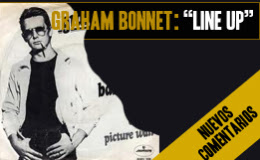 .
Album Review 1
Leading off with the 1981 number six U.K. hit single "Night Games," Line Up is a journeyman, early-'80s cross between hard rock and AOR. It's neither pop nor heavy metal, but somewhere in between. Though it may be far less metal than the group he'd just left (Ritchie Blackmore's Rainbow), it was also far less catchy than, say, the post-Keith Moon-era Who. It was just the sound of a guy belting out mediocre songs with a lot of lung-power in the waning days of '70s-style hard rock popularity, with Cozy Powell's thumping drums doing more than anyone else to bring it into the 1980s production-wise.

Some debts to old-time rock & roll are also heard in the cover of "Be My Baby"; a pretty lousy, ponderous pass at the Kinks' "Set Me Free"; and an-out-of-place-sounding run through Chuck Berry's "Anthony Boy." Also on hand is his low-charting, synth-heavy cover of Argent's "Liar," with other songs bearing some faint traces of the likes of Supertramp and the Police.
[All Music Review by Richie Unterberger]
. 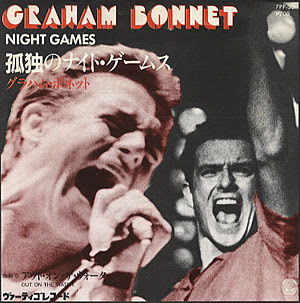 Album Review 2
Following his brief spell in Rainbow Graham Bonnet took full advantage of his newly acquired rock audience and put out this 1981 solo offering.
‘Line- Up’ came complete with a who’s who of guest musicians and a Rainbow coloured backdrop for the cover shot just in case anyone forgot what band he’d been in. To be fair to him though Bonnet did propel Rainbow into that rock/pop chart territory of the very late seventies and early eighties in a way that Dio probably never could have ……… but that is for a different review.

Enlisting the help of Whitesnake men Micky Moody, Jon Lord and Neil Murray, as well as future snake skins man Cozy Powell meant that he was fronting a pretty useful sort of hybrid Whitesnake.
‘Night Games’, which was a minor UK hit was very much in the mould of ‘Since You Been Gone’ and ‘All Night Long’ from his Rainbow days albeit without the added bonus of a Blackmore solo.
‘Liar’ and ‘That’s The Way That It Is’ were also released as singles and charted. Bizarrely the latter named was also released at around the same time by Uriah Heep who were at that point fronted by Pete Goalby who had tried out with Rainbow just before Bonnet !
‘Dirty Hand’, ‘Out On The Water’ (with great backing vocals ) ‘Don’t Stand In The Open’ and the rock ‘n’ roll blitz of ‘Anthony Boy’ all stand out on what is a very good album.
The hideous ‘Be My Baby’ (Bay City Rollers) and a couple of obvious fillers are the only lowlights. 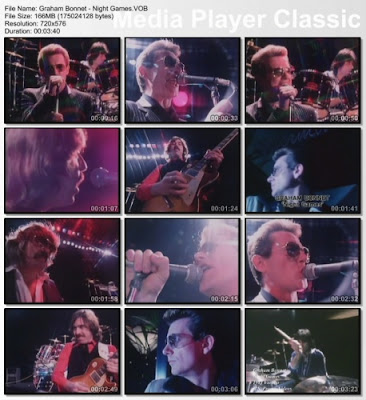 All round then a good album well worthy of four stars and more proof that when Bonnet sings rather than shouts he can cut it with some of rocks finest.  [Review by Martin Leedham. First published on RYM January 2009]
.
This post consists of MP3's (320kps) ripped from my squeaky clean (near virgin) vinyl which I purchased back in my Uni days and anything associated with Deep Purple / Rainbow.  Full album artwork for LP & CD and label scans (gotta love that Vertigo label) are included, plus a scan of the Sounds Mag interview.
I must admit I was a bit peeved when I discovered that Jon Lord only played on one track on the album, while the credits and imagery on the back cover implied that he was a primary band member. Not cool man!
. 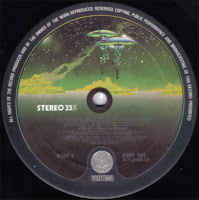