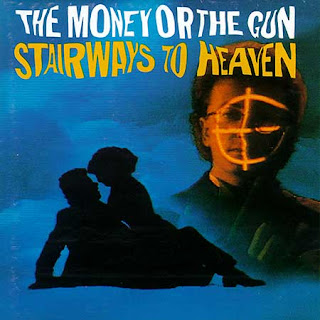 'Stairways to Heaven' is one of the wackiest albums ever released. Every song on here is "Stairway to Heaven," but all performed in very different styles. To even get a grasp on the range of styles contained within, is almost mind-boggling. For instance, Rolf Harris, best known for his novelty Australian hit "Tie Me Kangaroo Down, Sport," essentially re-does that song with the lyrics for "Stairway to Heaven" as the basis. John Paul Young puts in a straightforward ballroom rendition, mirror balls and all! Other versions include a B-52's cover band, an Elvis impersonator, a Doors tribute band, and two Beatles groups (one early period, one late) all doing the cut in the styles of those groups. There is even a crooner-style rendition (watch out, Pat Boone, you've got competition) and a classically tinged operatic. The liner notes on this one, with their fabricated tale of the making of the album, are even hilarious (preface by Gary Hill)
. 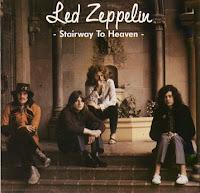 These 13 cover versions are not so much a tribute to the Led Zep song but a wooden dagger driven through its heart by tongue-in-cheek sarcasm. Once you listen through all 13 tracks, the song has been well-n-truly killed. You'll be waking in a cold sweat at night with nightmares of a dystopic Orwellian world where the only song is "Stairway". The original won't ever sound the same again.

The concept comes from Australian TV compere Andrew Denton. Every week on his early 90s tonight show "The Money Or The Gun" a different artist would come on and slaughter "Stairway" in a different style. This album compiles some of the more memorable. Not only do you get Rolf singing it "Tie Me Kangaroo Down Sport" style, you also get: John Paul Young singing it "Love Is In The Air" style; The Rock Lobsters (B52s cover band) singing it "Rock Lobster" style; The Beatnix 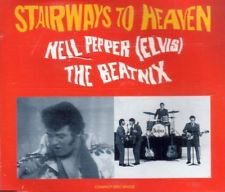 These tracks are by no means an exhaustive collection, there were  more versions from what I recall (after seeing all of them played back-to-back on late night music show Rage). Lamentably, one of my favourites, the Castanet Club's "toora loora loora lie" sea shanty version is missing. And a great opportunity was missed not to kick it off with the Hard-Ons own demolition of the song (from their Yummy album) where, after trying (and failing) to pick the opening guitar piece, guitarist Blackie swears and smashes his guitar instead. I guess putting Rolf Harris, Barry Crocker and the Hard-Ons on the same album would have been just a tad too surreal. 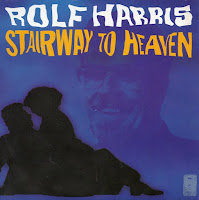 (Beatles cover band) singing it "I Wanna Hold Your Hand" style; Elvis impersonator Neil Pepper superbly singing it "Viva Las Vegas" style; Barry "Neighbours" Crocker singing it Barry Crocker style; and Doors cover band The Australian Doors Show singing it "When The Music's Over" style, sounding as though this song was always supposed to be done by Jim Morrison! The one that had Radio One listeners the most up in arms in 1995 when it broke through in the UK was the version by actor Leonard Teale. His droll poetic recitation of the lyrics, sounding like a smooth-talking used car salesman, was just too much for some to bear -- the BBC's switchboard was jammed by complaints from irate Led Zep fans!
.
So this month's WOCK on Vinyl not only pays tribute to the truly Wacky and Korny of all releases, but may also bring you closer to Heaven, 13 times over. Ripped from CD, this post consists of MP3's (320kps) and full album artwork
.
Artist Listing
01 - Kate Ceberano And The Ministry Of Fun 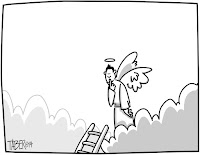