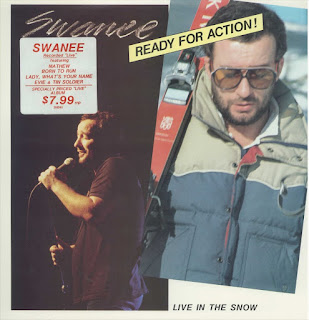 John Swan, more commonly known as Swanee, was born John Archibold Dixon Swan in 1952 in Glasgow, Scotland. He came to Australia with his family in 1961 and is the only one of his siblings to keep his natural fathers surname. He is the older brother of Jimmy Barnes (Cold Chisel) and the uncle of David Campbell.

Swanee started his musical career as a drummer in the band Happiness before moving on to other bands such as Fraternity, Feather and Cold Chisel. He branched out on his own, under the name Swanee, in 1979, releasing the album “Into The Night”. His first commercial hit was in 1981 with his version of “If I Were A Carpenter” off the album “This Time Is Different” which featured two other hits, “Temporary Heartache” and “Lady What’s Your Name”

In 1983 he released a live album, recorded at the Thredbow Ski Resort in the Snowy Mountains of New South Wales, Australia and is the feature of this post.

In 1987 he replaced angry Anderson as lead singer in Paul Christie’s “Party Boys” where he had another hit with “He’s Gonna Step on You Again” and then “Hold Your Head Up”. He left the band around 1989 to again pursue a solo career that still persists today. 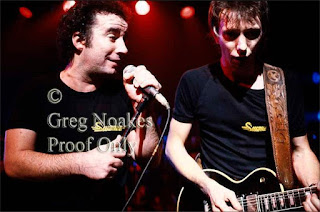 Since 1990 Swan's recording career has been less than prolific, producing only two singles that year and an album, Heart and Soul in 1997, although he still maintained a constant live presence.

In 2007 Swan released the album Have a Little Faith (Liberation Records). The project was recorded with Nashville's best, and produced by leading expatriate producer /guitarist Mark Moffatt, now resident in Tennessee. Musician credits feature players who have been session men for Garth Brooks, John Fogerty, Billy Joel, Dolly Parton and Shania Twain among others.

In July 2014, Swanee released the album One Day at a Time (MGM Distribution), which is entirely his work in collaboration with Darren Mullan of Adelaide Recording Studio fame, and Tony Minniecon on 'Rescue Me'. Swanee was also named Senior South Australian of the year [extract from australianmusichistory.com] 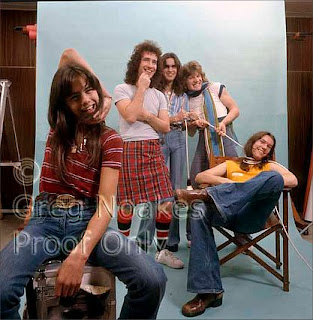 This post consists of FLACs and MP3's (320kps) ripped from my 'Specially Priced' vinyl which I purchased back in the early 80's. I think the one thing that really caught my attention when I saw this album in the shops for the first time was the inclusion of the Led Zeppelin Medleys - especially featuring Black Dog and Whole Lotta Love. But there are some other great covers on this album, including Stevie Wright's "Evie" which really tears down the house along with Tin Soldier (Small Faces) and Born To Run (Bruce Springsteen)
Full album artwork for CD (thanks to Deutros) and LP are included along with label scans. Thanks to Greg Noakes for the publicity photos of Swanee.
.
Track Listing
01 - Talk To Ya Later
02 - Tin Soldier
03 - Lady What's Your Name 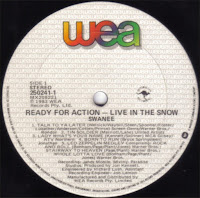