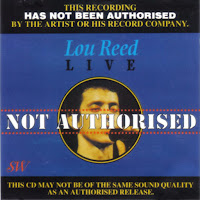 New York born, Lou Reed was leader of that city's seminal Velvet Underground until their disintegration amid apathy end of 1970. The Velvets had never achieved the attention their work warranted, and Reed was to claim that all the mistakes of his solo career were born out of this frustration, of a lust for some kind of success and for recognition of his former group's importance.
Either way, the Velvets split left Reed drifting in and out of music circles for a year - he worked for a spell with his father's accountancy firm in Freeport, Long Island - before RCA proffered a solo contract at the suggestion of New York writer and producer Richard Robinson. Interested in what was coming out of Britain, and with Reed having every reason to be disenchanted with New York, the pair traveled to London December 1971 to work on Reed's eponymous solo debut using an oddly mixed line-up which included Steve Howe, Rick Wake-man and Clem Cattini. 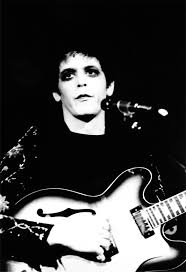 The result was less than satisfactory, but Reed persisted with British studios and players -though he did axe Robinson virtually at the point his producer was packing for return to London studios. This probably had less to do with Robinson as the fact that David Bowie, nascent androgynous hero of British rock, had shown interest in producing Reed himself; Bowie's work and attitudes owing a large debt to Reed and Velvets.
The result of this coupling was Transformer, which appeared late 1972 and spilled forth a whole closet-full of twilight zone characters on a public whose appetite for this "daring" new turn in rock had been whetted by the likes of Reed disciples Bowie and Roxy Music - It mattered not to them that the figures and scenarios of Reed's former (Velvets) work had been reduced to cartoon proportions, or that Reed was parodying Reed (as he would on each successive album) - this was what his new audience wanted to hear, and it had undeniable commercialism.
It even yielded a smash hit in Walk On The Wild Side, though how the single got played on BBC Radio 1 remains a mystery -presumably nobody there knew what "giving head" meant. Nonetheless, there was Reed in 1973 with the success he craved - a hit album and single in America and' Britain. [extract from The Illustrated New Musical Express Encyclopedia of Rock, by Nick Logan & Bob Woffinden, Salamander Books, 1977. p191-192]
. 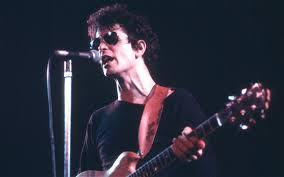 .
This post features Lou Reed performing at Ultrasonic Recording Studios in Hempstead, NY on 26th December 1972 with his band - The Tots - recording live for radio. Recorded just a month after the release of Transformer, it is a great show, featuring great stereo quality, with the band really delivering driving versions of some Velvet Underground numbers and Lou’s early solo work, including "Walk On The Wild Side", "Vicious" and "Berlin" – the track that would title his next release six months later. This is the show that every Lou Reed fan would love to see. It’s got minimal attitude, lots of great songs (including a generous smattering of hits) and FM quality sound.  I really love the fact that ‘Walk on the Wild Side’ had only been out for a little over a month. the crowd loved the ‘giving head’ line!
. 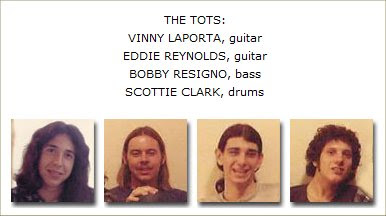 .
The post itself consists of MP3's (320kps) ripped from my AMCOS CD along with associated artwork, including covers for equivalent bootleg releases such as 'Hero & Heroine' by Swingin' Pig, 'Streets of Berlin' and 'Sweet Jane'. Quality of the recording is damn good (9/10)  and this is one bootleg that you can't afford to miss. 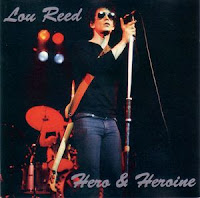 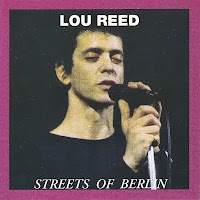