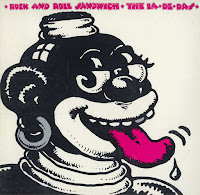 The New Zealand band The La De Das were first formed in 1965, but by 1973 Kevin Borich was the only original member of the  band remaining. He retained Keith Barber and brought in another old friend of his, Ronnie Peel who was better known as 'Rockwell T James'. Ronnie had been with a number of groups since 1965, including the Pleazers, the Mystics and the Missing Links. In addition, former member Phil Key was not replaced as Kevin now decided to take total control as guitarist, vocalist, electric pianist and frontman. With Kevin now recognised as Australia's guitar hero supremo, the group was now a power trio.

The trio returned to New Zealand in February 1973 to be part of the Ngaruawahia Music Festival. Their performance left the audience wishing for more and in May they returned to do a series of concerts in Auckland, Wellington, Christchurch and Dunedin. 1973 was a year of consolidation for the trio. They did a lot of touring throughout Australia, either headlining concerts with Sherbet or providing support to a number of visiting international acts. During this traveling they were involved in a road accident that put Ronnie Peel and their roadie in hospital and completely destroyed all of their equipment. The two recovered and only through a benefit gig in Sydney did they raise enough money to replace their gear.

With the group now recovered and rearing to go, Kevin was anxious to record another album. It had been nearly five years since the last album, "The Happy Prince". EMI weren't keen and after a lot of pressure they finally agreed. Rod Coe again took the production role and the result was "Rock and Roll Sandwich". The album was released in November 1973 to acclaims of being one of Australia's finest rock albums.  'Rock'n'Roll Sandwich', was lauded by Glenn Baker as "one of Australia's finest rock albums, a fiery, cohesive work dominated by the superbly talented Kevin Borich and carried off by the reliable gutsiness of Peel and Barber."

Borich was by now firmly entrenched as Australia's guitar hero supremo; his superb rendition of Jimi Hendrix's workout on Dylan's `All Along the Watchtower' had become a signature song, and the band was never allowed to finish a gig until delivering it. The fiery Rock and Roll Sandwich (the band's first album in five years, issued November 1973 and probably the first Kevin Borich album) considered their best album and came nearest to capturing their admired live energy on vinyl. Kevin Borich wrote (or co-wrote) all the material, sang every song and backed them superbly with electric and/or acoustic guitars and piano. It remains a classic boogie rock album. The singles "I'll Never Stop Loving You"/ "It's the Beginning" (December 1972) and "The Place"/"No Law Against Having Fun" (March 1974) maintained the pace but were not chart hits. The band's final singles, punchy, commercial covers of Chuck Berry's "Too Pooped to Pop"/ "She Tell Me What to Do" (#26 in July 1974) and Hank Williams' "Honky Tonkin''/ "Temple Shuffle" (August 1974), were minor national hits. "Too Pooped to Pop" also peaked at #13 in Melbourne.

Most of these singles, along with other recorded leftovers, were culled together in 1975 to form the basis of the "Legend" album (see my earlier post). The La De Das supported UK glam-rocker Gary Glitter on his July 1974 Australian tour [extract from Kevin Borich Fan Website]

Now with an album to promote, EMI got behind the group and organised two major support roles, one for Elton John and the other for Suzi Quatro. The gigs and touring continued throughout 1974 and into 1975. In January 1975, they made another appearance at the final Sunbury Festival. Although the event wasn't as good as the 1973 event, the La De Da's performance was still one of the few high points of the concert.

As 1975 progressed, the problems were growing. Radio was ignoring them, the touring was taking its toll, Keith Barber was becoming increasingly erratic and difficult. After ten hard years, Kevin realised that nothing tangible had really been achieved and the only thing laying ahead was more of the same. In May 1975, Kevin officially announced that the the La De Da's would disband.  [extract from sergent.com.au]
.
Post consists of both FLACs and MP3's (320kps) ripped from my prize possession vinyl LP that I picked up at a garage sale, over 20 years ago.  Full album artwork and label scans are included. This post was made in response to a request made by a loyal blog follower, Dave - hope ya enjoy the FLACs Dave.
The thing I like about this album is that none of the tracks appear on any other albums - including early and recent compilations of La De Das music.  This one's not to be missed folks and be assurred its no 'club sandwich'
. 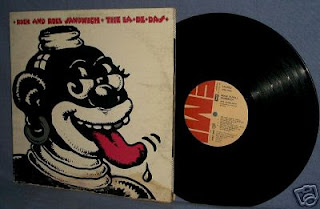