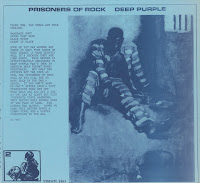 When Deep Purple took the stage at the rock festival in Aachen, Germany on July 11 1970 an enterprising individual(s) had managed to run an extra line into the soundboard and a recorder was running out of sight. The resulting recording became the first DP bootleg:

Some information about the bootleg origin:
The first pressing was titled simply “Space” and was available in late 1970, either as a double (two discs in a single cover) or as two single discs. “Mandrake Root” was split over two sides of the second disc. The second pressing was called “H-Bomb”, which a more professionally produced single album which lacked “Mandrake Root” and also had slight edits to the other songs. “Kustom Records” (ASC 001) was the (Bootleg-) Label which distributed the disc across Europe and UK in early 1971.” 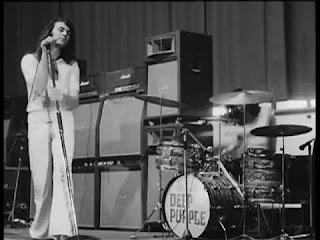 From what I have gathered so far, Kustom Records seems to have been a US bootleg label, so the above comment is perhaps a little exaggerated. Meanwhile in the US, the decent quality – for the time – made it an easy target for copying

The band officially released this title, mastered from a bootleg source, in 2001 as Space Vol. 1 & 2 – on the Sonic Zoom label no less, so CBM got a nod as well – and again in 2006 as Live in Aachen with a cover showing all the bootleg LP’s this appeared on earlier.  However, this release is no longer available.

In 1970 bootlegging was still a relatively new phenomena in rock music. With the often imperfect PA systems and the limitations of tape machines, many recordings from the era are of poor quality. However, Aachen is in a different league altogether. History has it that the tapes were taken direct from a feed on the stage and recorded on a basic stereo machine hidden inside a Volkswagen camper van (which certainly accounts for the overloaded vocals). In some places the sound is actually panned from one channel to another, so they may even have mixed it live.

The first 1970/71 vinyl releases were digitally transferred and speed fluctuations evened out, before the best version of each number was cleaned up in the studio with levels tweaked where possible. 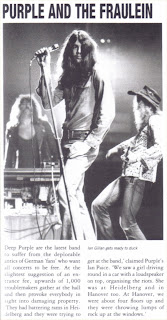 Concert Review
(by Martin Ashberry)
I know Aachen 1970 quite well, but throughout the opening few minutes of  'Wring That Neck' alone, I can pick out so much more of Jon's deft organ work that it might as well be a completely different show.
Jon and Ritchie are really battling throughout this. Jon's second solo is a lengthy affair, the usual expected combination of classic / humorous snippets, where the audience can be detected in the background applauding wildly. Blackmore's second solo then follows another burst of the riff, and again you can detect stuff that was clearly inaudible (hey, my first oxymoron!) on the original boots (to my cloth ears). And then, before you know it, it's over. Twenty minutes or so over in the blink of an eye.
'Black Night' next, pumping with energy and enthusiasm, then 'Paint It Black' shambles in, the chaotic, almost anarchic beginning we're used to from this era quickly sharpening up, before Paice starts beating seven shades out of his drum kit.

Closer 'Mandrake Root' is a diabolically rude blast of sheer power, the vocals overloaded (as they are throughout the set), but when the musical performance is this good and the quality this unexpectedly sharp, you just have to sit back and let it all down to your knees. Clocking in at over 33 minutes, it's the expected musical tour de force that anyone with other recordings from the era will be familiar with, Ritchie exercising a restraint over his backing where you feel he is plotting to unleash something spectacular when he gets the chance, and eventually when his tremolo arm does come in for some heavy abuse, coupled with the thundering bass and pounding drums, signalling the beginning of the end. Things really do reach a caustic peak, willing you to visualize it in your mind's eye (and I can). A quick "thank you " and that's your lot.

Breathtaking! As soon as Ian Gillan starts to speak, you know that you're in for a good one. Clear, crisp and completely unmuffled, the sound restoration alone makes the purchase essential. I have six different boots of this show and wasn't expecting anything amazing, but I have to say that I'd arrest anyone on sight who claimed they were a Purple fan and didn't own a copy of this. Amazing, essential, brilliant. "Do you feel alright?". Most certainly! [extract from deep-purple.net] 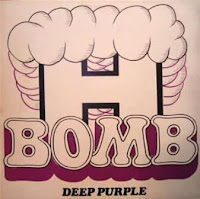 Deep Purple Bootlegs
Undaunted by their overground popularity in 1970, Deep Purple continued courting the underground, their credos taking a major boost when a recording of a German festival performance, at the Aachen Reichstadion on July 11, was immortalized as the first ever Deep Purple bootleg, the appropriately titled 'H-Bombs', Bootlegging was still a novelty at that time. Barely two years had elapsed since Bob Dylan's 'Great White Wonder' first introduced the concept of illegally produced LP records to the rock industry (such things had long existed in the classical and jazz arenas), and only a mere handful of the heaviest hitters had thus far been honored — Dylan was followed by the Beatles, the Rolling Stones, The Who . . . and Deep Purple? Within weeks of H-Bombs' appearance on the record racks that catered for such releases, the album was nestling at the top of the bestselling bootleg chart that accompanied a Melody Maker investigation into the phenomenon, and Deep Purple were bracing to become one of the most-bootlegged bands in rock history. 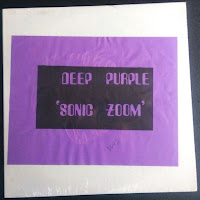 Looking back in 1998, Roger Glover professed himself firmly in favor of such recordings, legitimacy be damned. "I could never understand our success," he said. "I could never understand why so many people bought our records, because they were so full of flaws! And then I started listening to bootlegs and to what we really were, and I came to reassess the whole thing. Listening to bootlegs from [the early 19705], I realized what a dangerous band we were, and how exciting it was not to know what was going to happen next. We walked a very thin line between chaos and order, and that was the magic, that was why people bought our records. I came from a pop band, and when you're a pop band you learn the song and you play it the same way every night. And now there's this band veering off and suddenly the solo's in E when it should be ... 'Hey, what's happening here?' That's the magic." 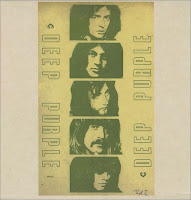 Neither did the traditional music-industry complaints against bootlegging hold any water for him: "I had a meeting with some bootleggers many years ago in Germany; we had a big discussion about bootlegs, and they said, 'Listen, bootleggers are not ripping you off, you're not losing money because of bootleggers. The fact that other people are making money from your music is indisputable, but you're not losing money, it's
not money out of your pocket. In fact, the people who buy these things have already bought your albums probably two or three times already.'

"It was a potent argument," Glover continued, "and I sympathize with that. Besides, they presented me with something I'd not heard in years, which was a recording of us doing [something] for a BBC session. It was
a song that was written on the spur of the moment, just a blues, very fast, and it's great, I love it. But it was never formally written and recorded, that's the only version of it, and I said, 'Wow, it's so wonderful to hear this, I'd forgotten all about it!' So it's through bootlegs, or at least bootleggers, that things like that even exist."
[extract from Smoke On The Water: The Deep Purple Story. By Dave Thompson. ECW Press - 2004, p102-103]

.
This post consists  of MP3s (320kps) ripped from my near perfect vinyl bootleg which I bought as an impressionable teenager and have treasured ever since.  The cover is typical of the 'Amazing Kornyfone Label' with record labels exhibiting no distinguishable markings other than Side 1 to .
Although limited artwork can be provided, I have sourced covers for all of the other titles which this bootleg has been released under, including the official 2001 CD release.
For anyone who loves their live set Made In Japan, this bootleg is a great insight into how Deep Purple's developed their stage act.
.
Track Listing 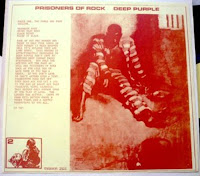