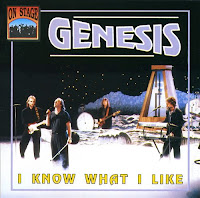 THE LAMB STANDS UP AGAIN
(Article from New Musical Express, Feb 1976)
Genesis haven't bothered to recruit a replacement for Peter Gabriel when he left the band last year - they've just brought Phil Collins out from behind the drum kit to handle the vocals on their new album, 'Trick Of The Tail'.
Casual fans might find it difficult to notice the difference. Collins' voice is unnervingly like Gabriel's. But critics have found the new album more accessible than the complex 'Lamb Lies Down On Broadway'.
'I think there was less friction between vocals and instrumentals,' explains Mike Rutherford. Peter's going has made us more of a band.'
They've also nailed the misconception that Gabriel wrote all Genesis' material. Rutherford and Tony Banks now have their contributions individually credited instead of being under the group banner. And they've already got a pile of material prepared for another album.
But first they'll be going on the road, adding ex-Yes and King Crimson drummer Bill Bruford, so that Collins can divide his time between drumming and singing.
. 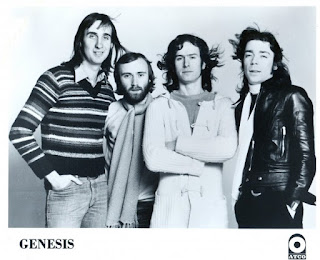 Marketed under the title 'I Know What I Like', this CD is a bootlegged release of Seconds Out minus the tracks "Supper's Ready" and "Cinema Show." Most likely, the two were not included in order to accommodate a single-disc package (Seconds Out is a double disc). Released in 1992 on the Italian 'On Stage' label, I Know What I Like has superb sound quality. The performances, recorded in Paris in 1976 and 1977, feature Collins in the role of lead vocalist for the first time on a live tour. While his voice excels on "Afterglow" and even on Gabriel's "Musical Box," it is barely adequate on other Gabriel classics, most notably "The Carpet Crawl" and the title cut. Despite these shortcomings, the music is always majestic. Chester Thompson, a one-man powerhouse, handles drum duty throughout. He and Collins double up on "Firth of Fifth," "The Musical Box," and, of course, "Los Endos." Collins also performs a keyboard solo on "Robbery, Assault and Battery." As always, Tony Banks' keyboards are the dominant force in the music, the backbone of the Genesis sound. The compositions on "I Know What I Like" are superior to anything the band accomplished thereafter.
. 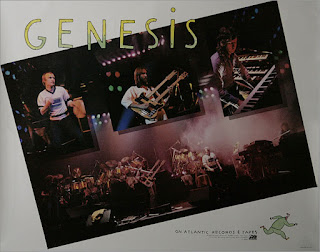 The post consists of MP3's (320kps) ripped from CD and includes full album artwork. I have also included a scan of the 'The Lamb Stands Up Again' article and the NME chronicle from which it was taken.
I must admit that when Gabriel left Genesis back in 1975 I lost a little interest in Genesis, and focused more on his solo efforts, but one still has to give credit to Phil Collins for being able to pick up the pieces with the lead vocals and kept the band alive well into the 90's before leaving the band himself.
.
Tracklist
01     Firth Of Fifth
02     The Carpet Crawl
03     Afterglow 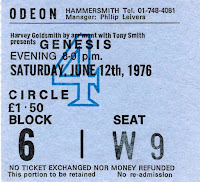