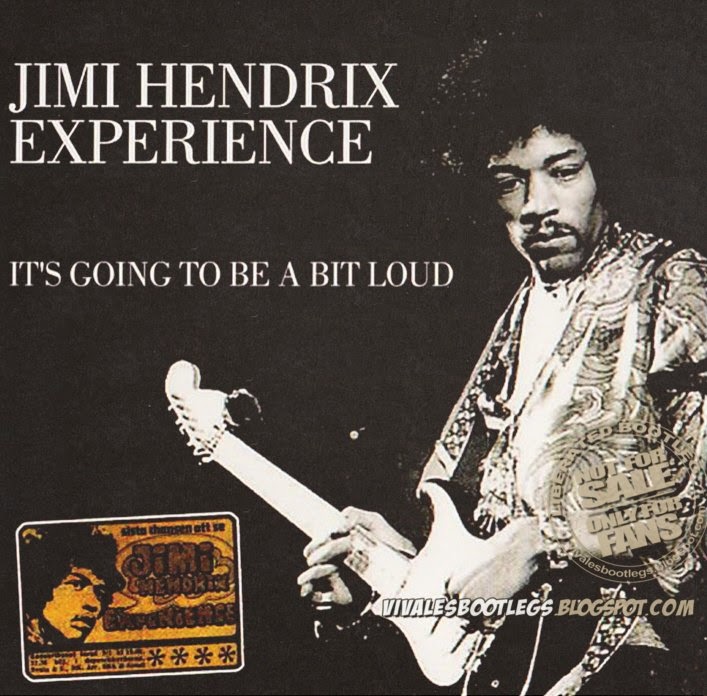 This Hendrix concert was recorded at Konserthuset, Stockholm, Sweden on January 9, 1969.
This release from the Godfather features a rare show from Jimi Hendrix & the Experience. Released originally on Disk 2 of Swingin’ Pig’s “On The Killing Floor” it’s broadcast on Swedish radio ensures it’s status as one of the few Hendrix bootlegs worth its salt – the ambience is close to most of the BBC sessions that have been officially released & are in near pin drop quality although while the Beeb never usually had an audience then the audience are loud & clear here though they never distract from the entertainment.

This is the second of two shows played that day – the first being recorded for SVT Swedish Television & available on DVD synced with sound if equal quality on “Live In Sweden”. While The following night to this show appears on Midnight Beat’s “Welcome To The Electric Circus” the sound of the Midnight Beat CD is nowhere near comparable to this release. According to Hagar’s review of the above concert Jimi seems distracted tonight – hardly acknowledging his fellow band members or even the audience but while this may be true then his playing is never anything than exemplary & sounds like Jimi at his peek. (taken from collectors music reviews). 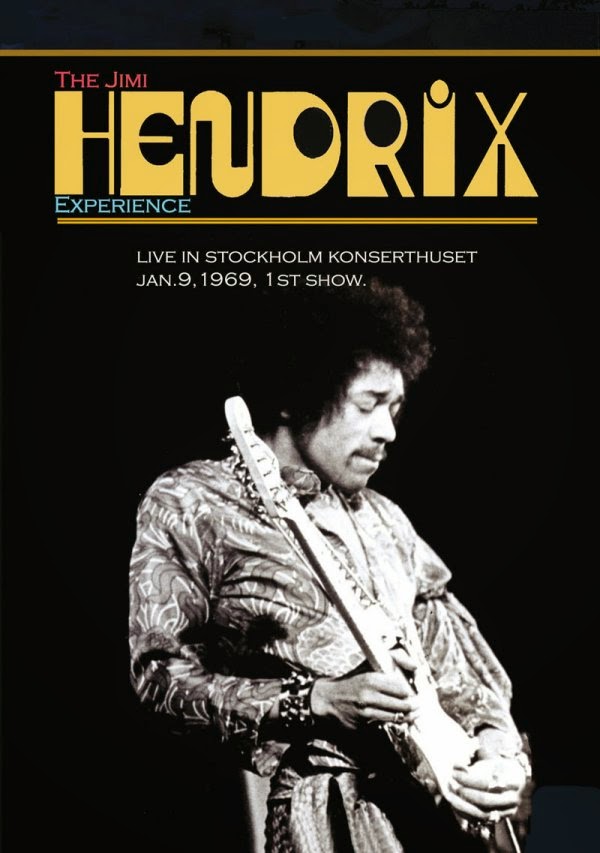 Concert Reviews
The Experience arrive in Stockholm at 14:25 and book into the Hotel Cariton. Jimi is interviewed by Ulla Lundstrom in his hotel room. They attend a press reception at 16:00 and are interviewed by Margareta Klinberg for Aftonbladet, published January 10, Peter Himmelstrand for Expressen,  published January 10, Dagens Nyheter, published January 10, and Benny Moller for Bildjoumalen, published January 10.
In the evening they play two shows at the Konserthuset at 19:00 and 21:30, supported by Jethro Tull.
During the first show The Experience perform 'Killing Floor', 'Spanish Castle Magic', 'Fire', 'Hey Joe', 'Voodoo Child', 'Red House' and 'Sunshine Of Your Love'; during the second, 'I Don't Live Today', 'Spanish Castle Magic', 'Hey Joe', 'Voodoo Child', 'Sunshine Of Your Love', 'Red House', 'Fire  Purple Haze' and 'Star Spangled Banner'.
The second show is videotaped for Swedish TV Number 9 programme. Jimi is interviewed by Lennart Wretlind for Swedish radio, broadcast January 12 Pop 68 Special, Channel P3.
[extract from 'Jimi Hendrix: The Visual Documentary' by Tony Brown, Omnibus Press, 1992.p97] 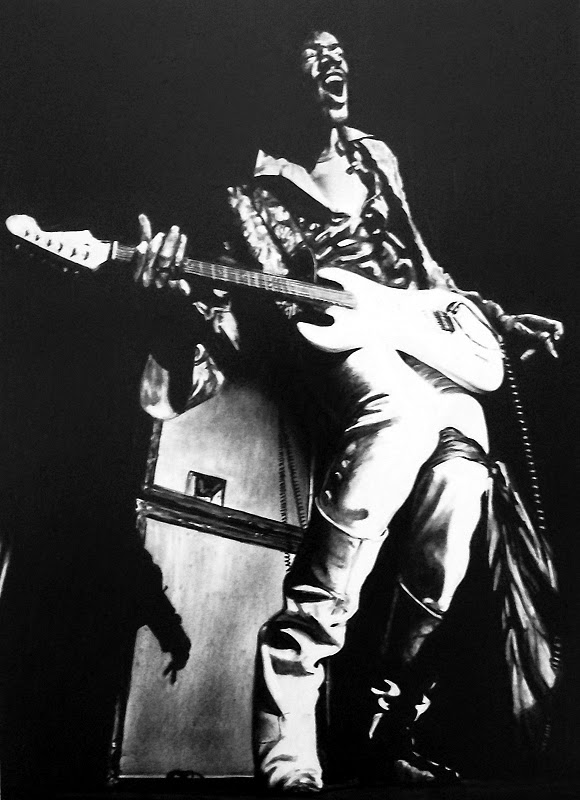 The Experience take the stage at 21:30 for their second performance of the evening. They've just got on when someone shouts out for 'Wild Thing'. Jimi remarks: "Yeah same to you baby. Dig, we're gonna dedicate this show to the American..." The same guy interrupts Jimi, who replies, "Right", and continues "... American deserter's organisation... and we're doing this show on, er, Wally's case too. Have you all heard about Wally? Yeah, It's a drag, we're gonna do it for him then. And the rest will be a jam." Jimi plays a short few second blues riffs, then announces: "Thank you very much and now for our next number..." and laughs. Then: "This song is dedicated to the Second Front, it's a thing called 'I Don't Live Today' - maybe tomorrow, I can't say - but 'I Don't Live Today'." After the song, Jimi says: "Yeah thank you very much, I'd like to warn you now, it's gonna be a bit loud, em, a tiny bit loud, because like, these are English amps and we're in Sweden and the electricity scene is not working up with this Australian fuzz tone and this American guitar." Jimi remarks to Noel, "God, I'm out of tune" and makes his usual comments to the audience about caring for their ears and not playing too loud. "I'd like to dedicate this song to, er, the same party [that] we dedicated [to] before. The little band of gypsies sitting over there in the Amen section, a thing called, er, let's see, 'Spanish Castle Magic'."

"We're having, er, technical difficulties, so either it'll be too low or too loud for you that forgot to bring... your ears muffs... Dedicated to oldies but goodies, to Wally's case, I think that it'll pertain to that a thing called 'Hey Joe'." He then shouts out: "Is it too loud?" The audience shouts "No!" and Jimi replies "Too bad. Okay then we'll make it louder for you then, all right? Yeah, okay then, what do we do next? Oh yeah, I'll tell you 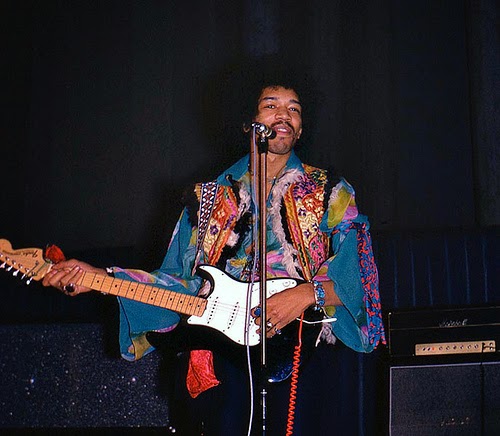 what we'll do... we've got this LP out called [Electric Ladyland] and there's only one song that we remember from it because, I don't know... it's like a diary all these LPs, you know. So that's why we don't do them necessarily on stage all the time, we just like jam on stage, you know, because we haven't been playing together for about six weeks anyway. I'd like to dedicate this song to all the people who can actually feel and think for themselves and feel free for themselves, a thing called 'Voodoo Child (Slight Return)'..." Jimi continues with 'Voodoo Child' and 'The Sunshine Of Your Love'. After the song, the same person in the audience shouts out for 'Wild Thing'. Jimi replies, "You're living in the past'. Noel tries to announce the next song and the guy shouts again, Jimi again replies, "You're living in the past", and the guy shouts back, "I know." Jimi then announces: "[I'd] like to dedicate... this is [for] our friends from west Africa." Jimi continues with 'Red House', then winds up proceedings with: "I'd like to say, er, thank you very much for showing up tonight, you know it's really outta site and, er, I'd like to do this last number for everybody." Someone shouts, "We want 'Fire'." Jimi responds with: "'Fire', yeah, no, not necessarily 'Fire', but... yeah. Yes, let's do that and then we'll go into the other thing. Jimi continues with 'Fire', and ends the show with 'Purple Haze' and 'Star Spangled Banner'.
[Extract from 'Jimi Hendrix: Concert Files' by Tony Brown, Omnibus Press, 1999. p111-112]
.
This bootleg is another one of my favourite concerts and although Jimi is observed to be a bit disassociated during the night, his playing is still quite remarkable. The post consists of both FLACs and MP3's (ripped from DVD) and includes full album artwork sourced from Viva Les Bootlegs with thanks.
.
Track Listing 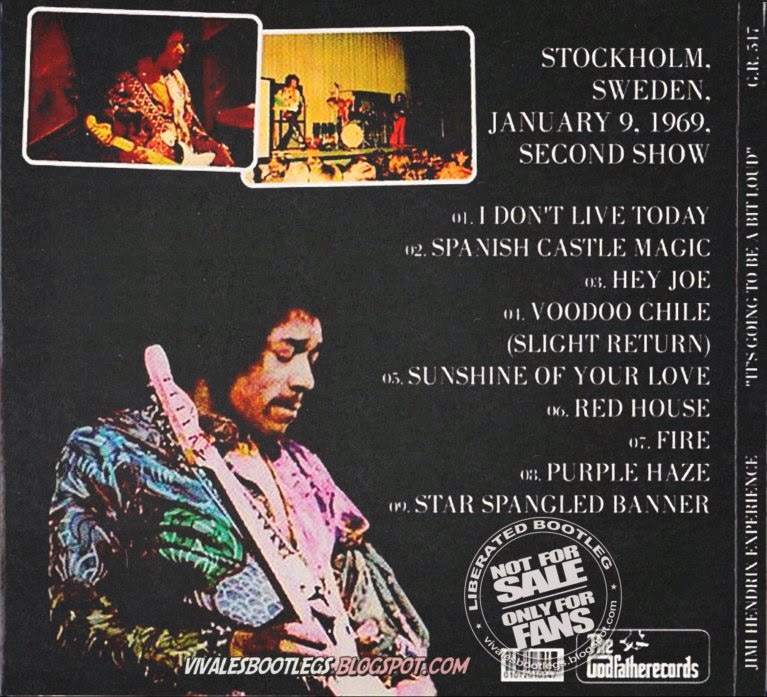