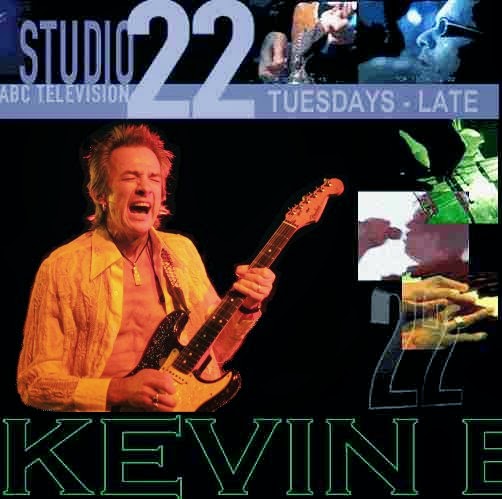 With a professional career spanning 35 years, Kevin Borich has done it all.
Beginning with the La-De-Da’s in New Zealand, writing the classic hit `Gonna See My Baby Tonight’, to his Kevin Borich Express and The Party Boys, Kevin has performed at some of the biggest Rock events Australia has seen.
Sunbury and the Rock Arenas in the 70’s with 60,000 people, featuring Fleetwood Mac, Santana (with whom he was invited onstage to play with) and The Little River Band.
Two New Years Eve celebrations at the Sydney Opera House with 70,000 people, telecast live, nationally and internationally to Japan, at that time, a first! Numerous support shows for international acts, Elton John, Status Quo, Jeff Beck and Buddy Guy to name a few.
From your local to the big events, Kevin has carved out a revered reputation in the Australian Music Industry, performing his music with a youthful exuberance – giving extra meaning to the word Longevity.
Kevin has played and recorded with artists such as Renee Geyer `Blues License’ – Dutch Tilders `The Blues Had a Baby ‘- Richard Clapton `Prushan Blue’, Joe Walsh and The Party Boys, of which Kevin was a founding member. 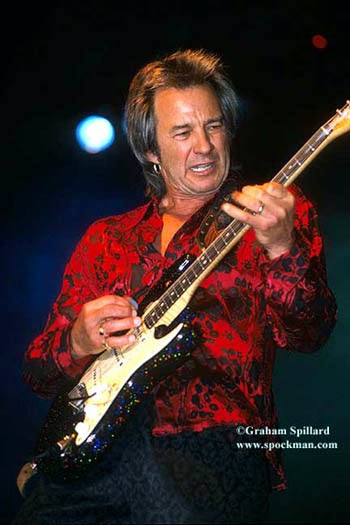 Jammed with Carlos Santana on two of his tours, also with Bo Didley, Richie Blackmore (Deep Purple), Ron Wood (Rolling Stones), John Mayall, Taj Mahal, Living Colour.
Overseas tours and tours with Jimmy Barnes, Renee’ Geyer and Mark Hunter, have added spice to his career.
Kevin is well known for his high energy electric guitar style. At the Gimme Ted Benefit Concert for Ted Mulry, Kevin’s performance was hailed throughout the music industry as world class. A Borich show leaves his audience pleading for more, as seen at the Eastcoast Roots & Blues Music Festival Byron Bay, Thredbo Blues Festival and dozens more.
Kevin starred in the hugely successful 18 ‘Sold Out’ Australia wide ‘Long Way To The Top’ 2002 arena concerts. 2003 and Kevin, alongside Tony Joe White, John Mayall and Ray Charles (in that order) performed the Melbourne International Music & Blues Festival. In recognition of Kevin’s contribution to Australian music and blues culture he was inducted into the Australian Blues Foundation Hall of Fame. 2004 and more gigs, more touring, more festivals and a new CD – Nomad.
Kevin includes a 1930’s National Steel acoustic guitar in his show. This “laid-back” acoustic style is a very well received addition to Kevin’s performance on a selection of electric guitars, including his Fender Stratocaster and Gibson Firebird slide guitar. 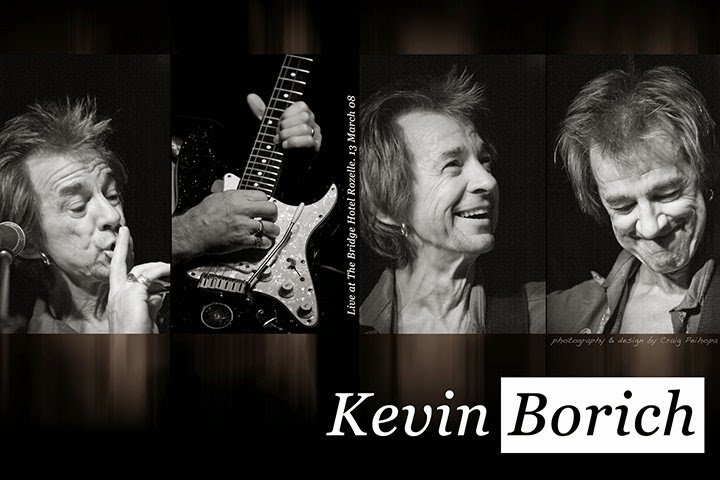 Kevin is touring with his Express, playing material from his extensive catalogue. Some of which was re-released on CD by Festival (Kevin Borich – Collection) and EMI (Kevin Borich – Goin Down Town, a double pack of the Kevin Borich Express first two albums, `Celebration’ and `Lonely One’, but sadly is now out of print). Due to popular demand, Kevin has independently produced and released his CDs.
`Live at the Big Kahuna’ – a blues-based double live CD which shows Kevin’s versatile guitar style.
’Heart Starter’ – strong powerful and sensitive playing from guys who have tons of cred, Harry Brus (bass) and John Annas (drums) and on 2 tracks Kevin’s son Lucius Borich (drums).
‘Nomad’ – a mighty experience of the combined musical talents of KB, Lucius Borich (drums and bass) and Mark Kennedy (drums and percussion) and Harry Brus (bass). 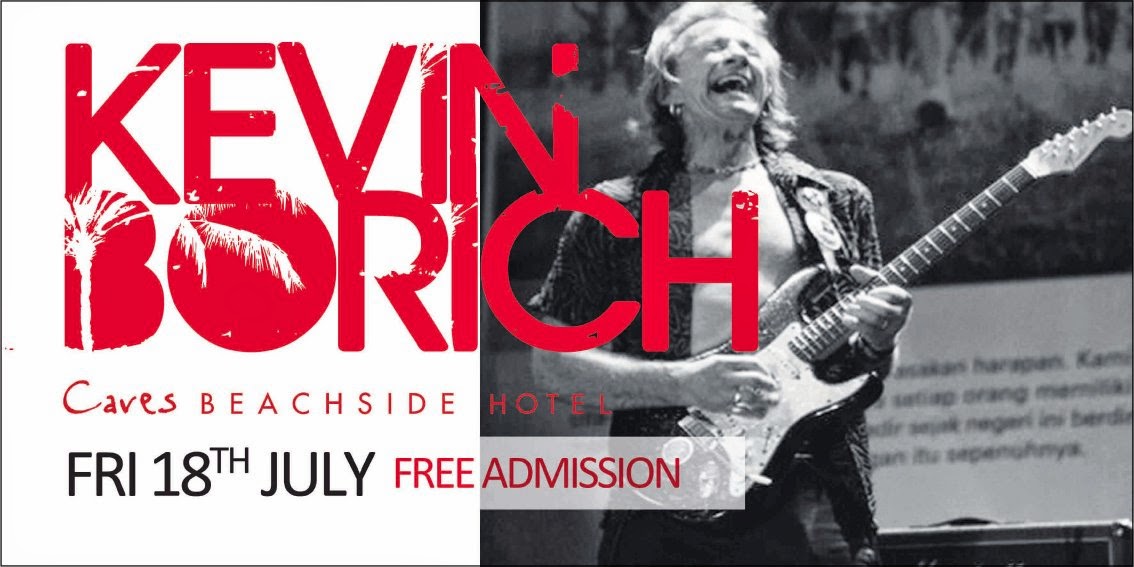 .
This MP3 (256kps) post was ripped from a YouTube clip of a live performance Kevin made on ABC  T.V in 2003, in their famous Studio22. Although Kevin only plays 4 tracks, he quickly demonstrates why he is considered to be one of Australia's best blues and rock guitarists in the business. The T.V host 'Clinton Walker' also interviews Kevin between tracks about his early 'gig' days back in the 70's and some of the better known musicians he has jammed with, over his 35 year musical career.  Artwork is also included which I pieced together myself - so enjoy. 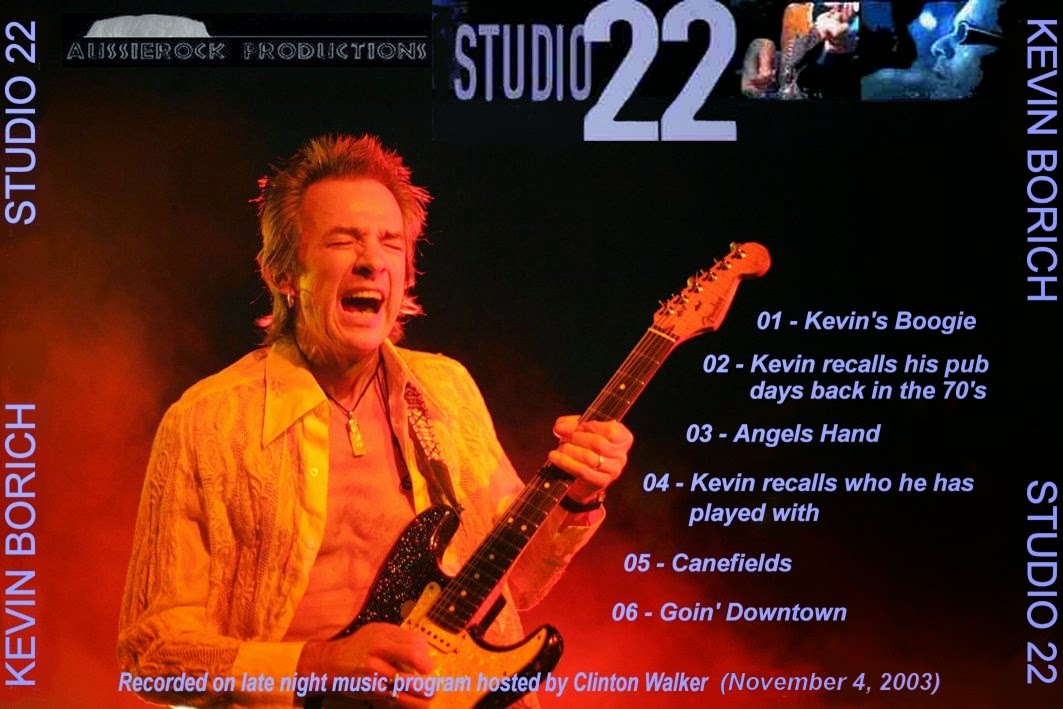