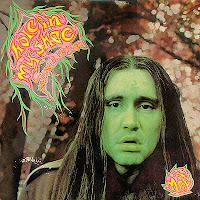 Nigel George Planer (born 22 February 1953 in Westminster, London) is an English actor, comedian, novelist and playwright. Planer is perhaps best known for his role as Neil Pye in the cult BBC comedy 'The Young Ones'. He has appeared in many West End musicals, including Evita, Chicago, We Will Rock You, Wicked and Hairspray. He is also long time comedy partner with Peter Richardson. 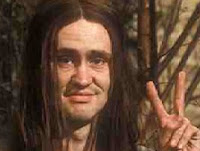 Nigel was one of the four members of the 1980s spoof rock band, Bad News, playing Den Dennis. As Neil from 'The Young Ones', Planer gained a number two hit single in 1984 in the form of "Hole in My Shoe". The song was originally a hit single for Sixties band Traffic, reaching #2 in the UK charts and #22 in the German charts in 1967.Composed by guitarist Dave Mason, the song was disliked by the other three members of the group, who felt that it did not represent the band's musical or lyrical style. 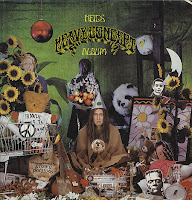 A cover of Tomorrow's "My White Bicycle" was a less successful follow up, only reaching #97 in the charts. After that, an album was produced, entitled 'Neil's Heavy Concept Album'. Nigel also took Neil's stage act on the road in that year as Neil in the "Bad Karma in The UK" tour.

In the sitcom 'The Young Ones', Neil was one of the principal characters portraying a long-suffering hippie, who continually sang a recognisable line from "Hole In My Shoe". He also performed the song as Neil on the BBC show 'Top of the Pops', where he asked Paul Weller to "listen to the lyrics!". The single won "Best Comedy Single" at the 1985 Brit Awards during the days the event was called "The BPI Awards". The press saw the one-off award category as completely invented by the panel just for the single.

.
I have chosen to include two versions of this song here, the first is the standard single release (backed by the even weirder track "Hurdy Gurdy Mushroom Man") and a longer version called the  Paranoid Version released as a 12" Single. The longer version contains addition minutes of Neil bantering on in his usual monotonic voice while being backed by orchestral music sounding very similar to that of the Beatles's Sgt Peppers.
As a bonus, I have also included a Flash video of Neil performing his hit song on the ABC's 'Top Of The Pops'.
So this months WOCK on Vinyl post ticks most of the boxes associated with its name: Weird, Crazy and Korny with a little bit of psychedelia thrown in for good measure!
.
Track Listing
01 - Hole In My Shoe (Single Version)
02 - Hurdy Gurdy Mushroom Man
03 - Hole In My Shoe (Paranoid Version)
*   Plus Hole In My Shoe (Flash Video - Top Of The Pops)
.
Neil's Link (43Mb)
.
Posted by AussieRock at 12:06 AM